Cats & Dogs 3: Paws Unite & The Link To Their TikTok #CatsandDogs3 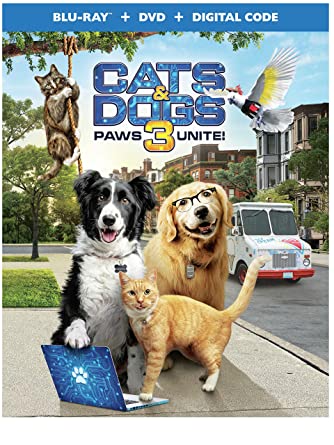 Do you like to sit around and take selfies with your pets? As you scroll back through the photos, there is always one where you can really see their smiles and the love in their eyes! And filters? Who doesn’t love a fun filter with neon glasses, funny hair, or something silly with their animals?! Pet costumes have recently flooded stores everywhere for Halloween – and while every pet may not love a great costume as much as we do – there is something adorable about dressing up our pets that humans can’t get enough of! 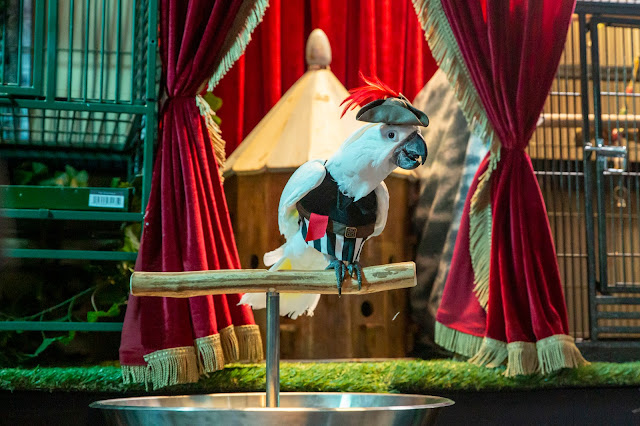 Pablo the Parrot (voiced by George Lopez) tries on a pirate costume at the shop.
Cats & Dogs 3: Paws Unite! - the all-new original movie from Warner Bros. Home Entertainment – is NOW available on Digital – and is coming to Blu-ray™ Combo Pack and DVD on October 13! Check out this clip from the film with Pablo the Parrot (voiced by George Lopez) – as he tries to find a fashion look to fit his nefarious villain persona! https://youtu.be/kko-NmO7jRY 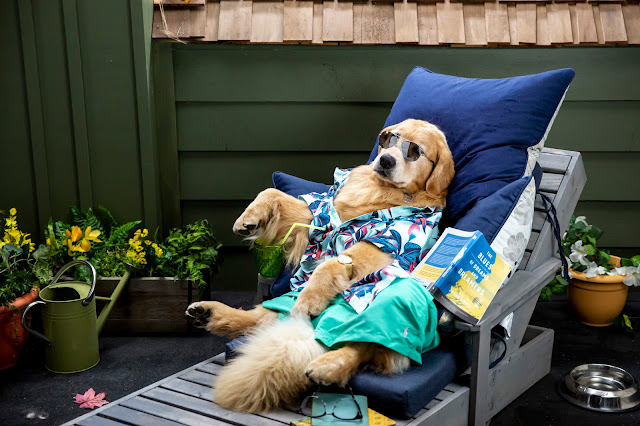 Old Ed (voiced by Garry Chalk) in full relaxation mode
About Cats & Dogs 3: Paws Unite!
It's been 10 years since the creation of the Great Truce, an elaborate joint-species surveillance system designed and monitored by cats and dogs to keep the peace when conflicts arise. But when a tech-savvy villain hacks into wireless networks to use frequencies only heard by cats and dogs, he manipulates them into conflict, and the worldwide battle between cats and dogs is BACK ON. Now, a team of inexperienced and untested agents will have to use their old-school animal instincts to restore order and peace between cats and dogs everywhere
Cats & Dogs 3: Paws Unite! features an all-star comedy lineup lending their voices to this new generation of four footed and two winged friends including Melissa Rauch (The Big Bang Theory) as Gwen the cat, Max Greenfield (The Neighborhood, New Girl) as Roger the dog, and George Lopez as Pablo the Parrot. The film is directed by Sean McNamara (Soul Surfer) and written by Scott Bindley (The Last Summer). Producers are Andrew Lazar (Cats & Dogs, Get Smart) and David Fliegel.
Friends if you have TikTok check out the @catsanddogs3movie – https://www.tiktok.com/@catsanddogs3movie?lang=en
All images are courtesy of Warner Bros. Home Entertainment.