Camping With My Girl & Some Friends - Day 2 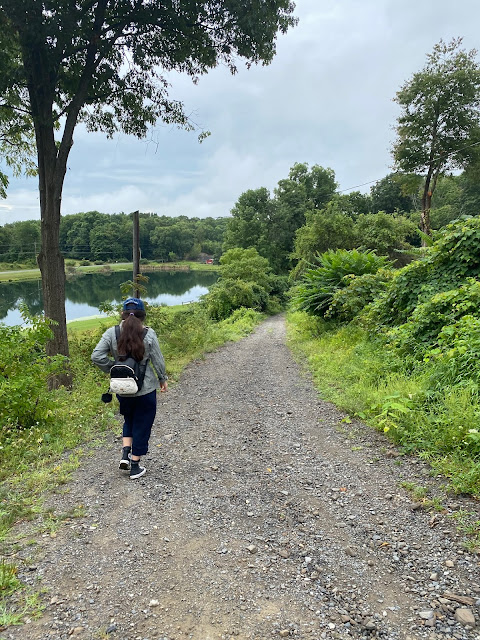 I woke up early. Mostly because before bed we decided that the mattress was so shitty we should add an air mattress to it. The cabin had one so we added that on top of the mattress. It had zero support and really sucked. I was in pain all night and couldn’t move my back in the morning. It was so bad that I considered going home or sleeping in the car sitting up instead of going back to the bed. I was actually stressed about bedtime. 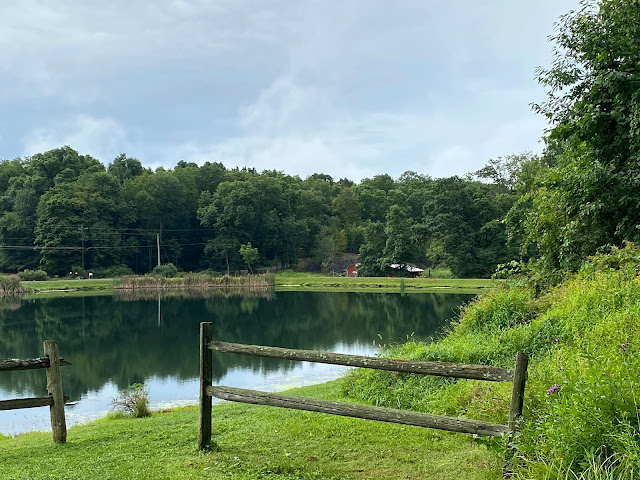 When I walked into the living room I saw one of the kids up sitting in a chair, she told me that she had slept on her finger and that it was numb. We talked about rubbing her finger. Eventually the house started waking. It is a loft area where they sleep so any talking is going to wake them.  When I went back to the bedroom to get dressed my daughter was up. It was only 7:30 so I was a little shocked. This girl can sleep. 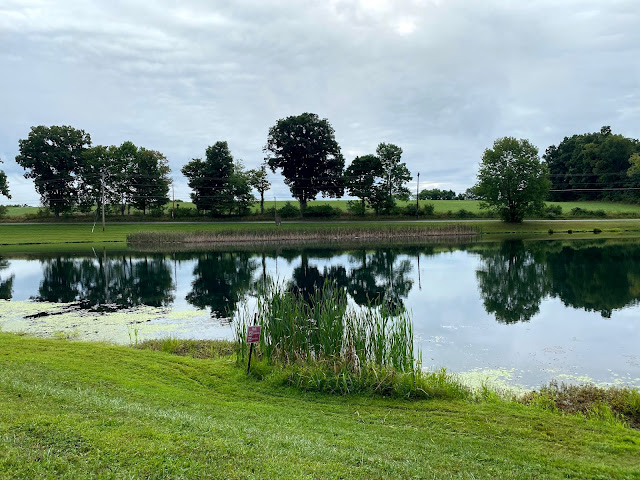 I called my husband to say good morning and he told me how great he had slept without someone snoring next to him. It’s funny because his snoring keeps me away. We both complain about the other but the kids tell us it is very loud with the both of us snoring. 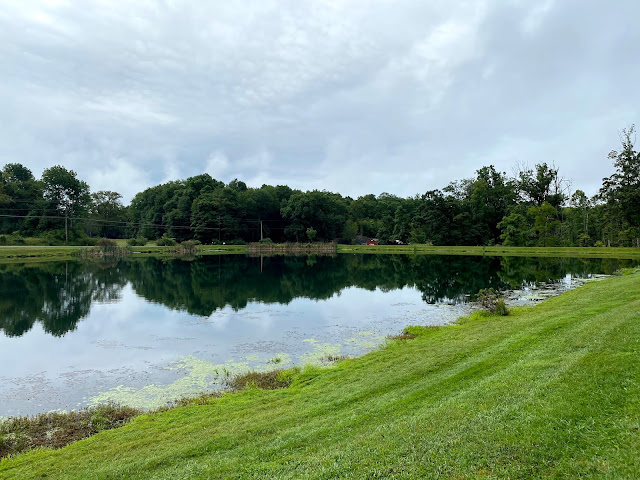 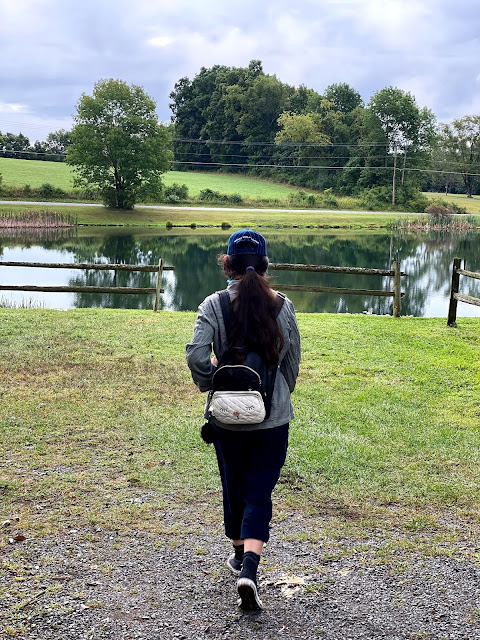 Eventually my daughter and I decided to go for a walk. It was beautiful out and Jen’s kids really wanted to go to the pool. We had not planned not planned on the pool so figured we would just hang out all day.  As we were walking Jen text saying that the pool pump was broken and would not be opening for the day. She didn’t know how to tell her kids but I assured her that we could go on Google Maps and find something. We both agreed 20 minutes away would be our limit. Many things were closed but eventually we found Space Farms which we have been to but they had never been. 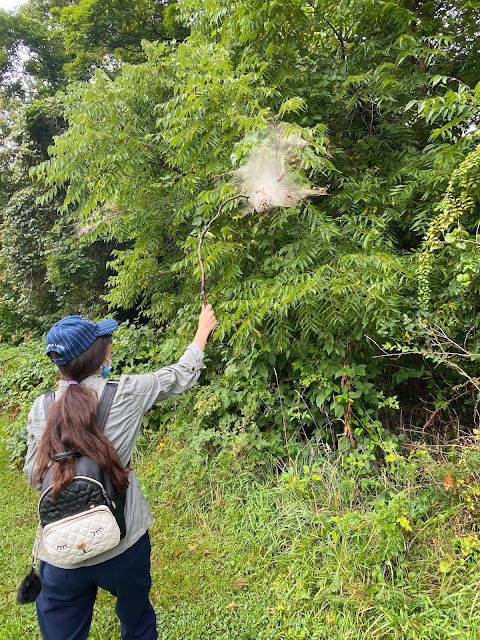 We took our time taking in the sights, enjoying the temperature knowing that Space Farms didn’t open for another hour and a half. When we got back to the cabin, Jen had already booked the tickets. So now she has paid the cabin, food, firewood, and Space Farms! Grrr...that makes me uncomfortable. 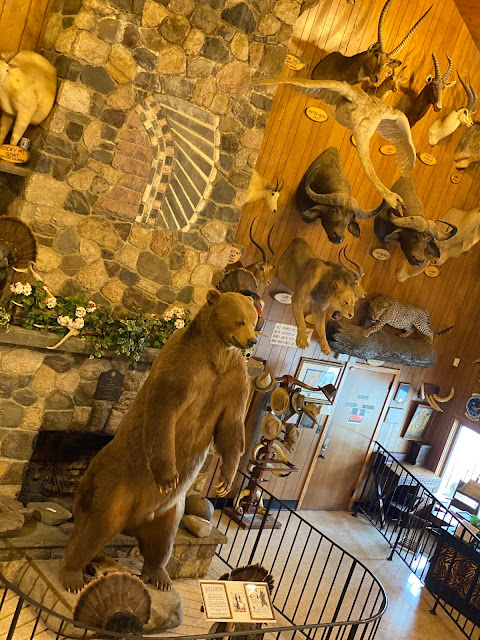 We headed to Space Farms and fortunately her and her kids loved it. I bought them animal food to feed the animals and pizza and drinks. I also wanted to pay for her kids gift shop items but she had paid while we were still looking. 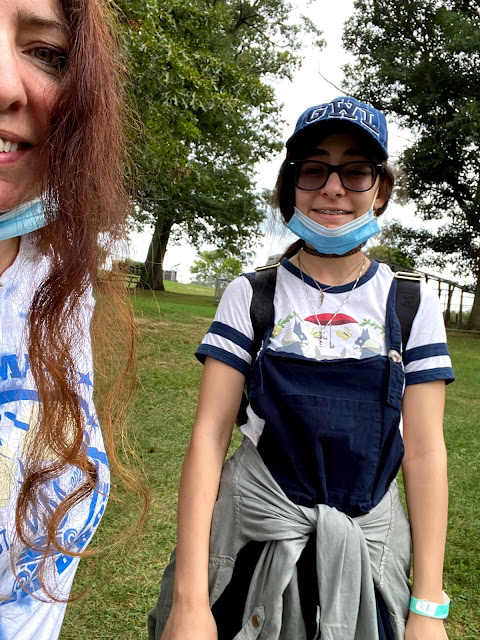 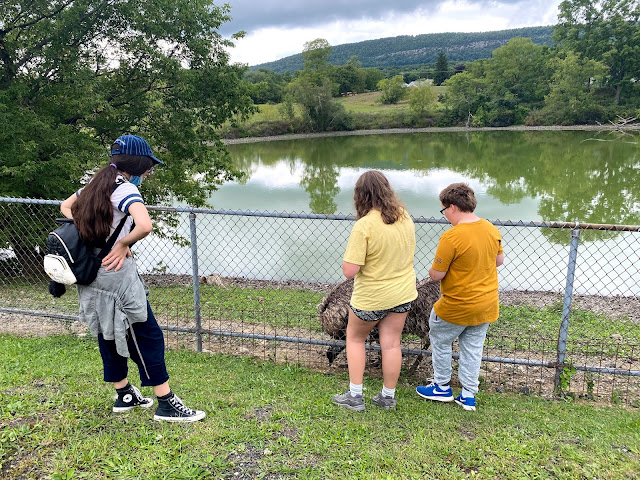 It is a walk through and you only had to wear your mask inside the buildings. There are many buildings but all the animals are outside. I think my favorite part of Space Farms are the buildings though. There is so much to see.

I took a ton of photos you can check them out on Instagram if you are interested. 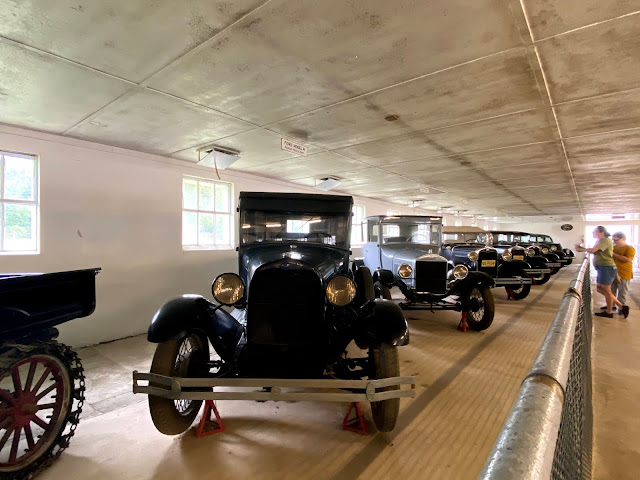 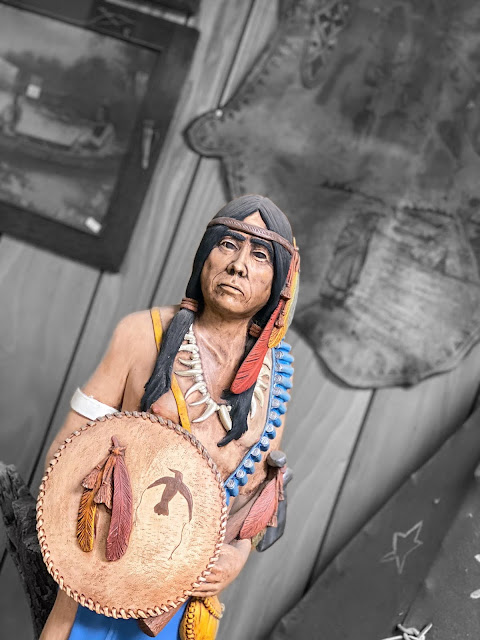 When we got back to the cabin, we ate, feed the goats, changed, and played more card games. 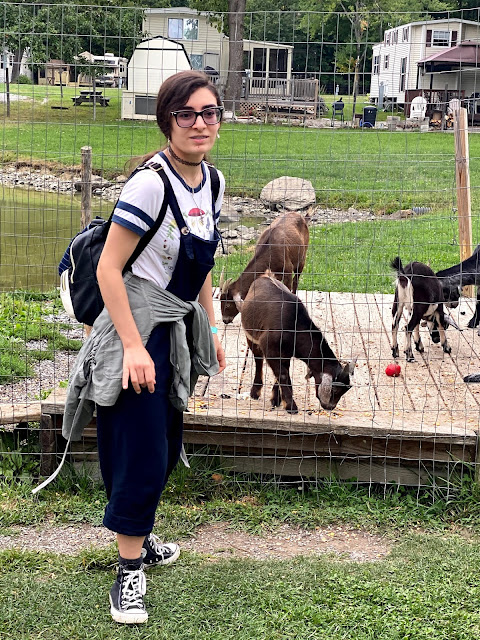 It was a fun game but I wasn’t part of it. They started without me and never dealt me in. Wahhhh

My daughter took some air out of the air mattress which worked better. We slept well. Not great but better. 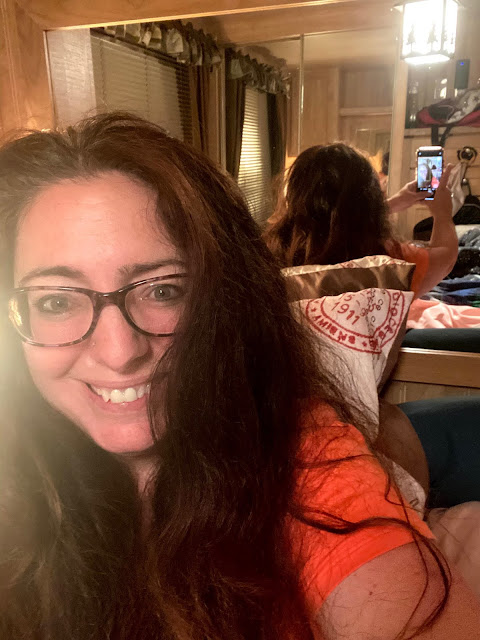