Sick Day Movie: Scooby Doo and the Curse Of the 13th Ghost - A Review #Scoobydoo 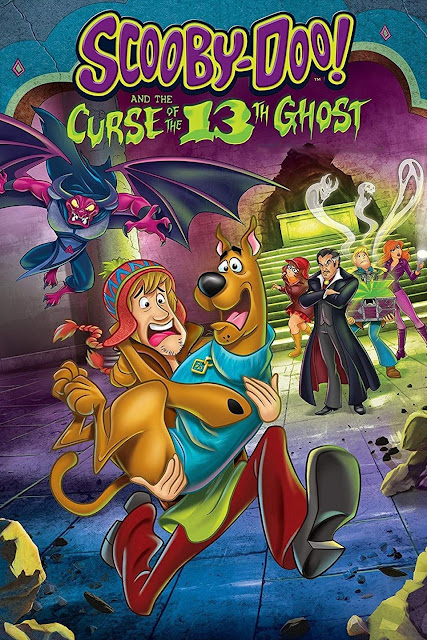 This original Scooby Doo movie is everything you love about Scooby Doo and the Gang. The gang screwed up and are forced into early retirement when they capture an innocent man. They sell the Mystery Van before they even have a chance to breath, Vincent Van Ghoul reaches out to them via a crystal ball informing them that the 13th ghost and final ghost needs to be captured so that they can close the chest and seal the Chest of Demons forever. 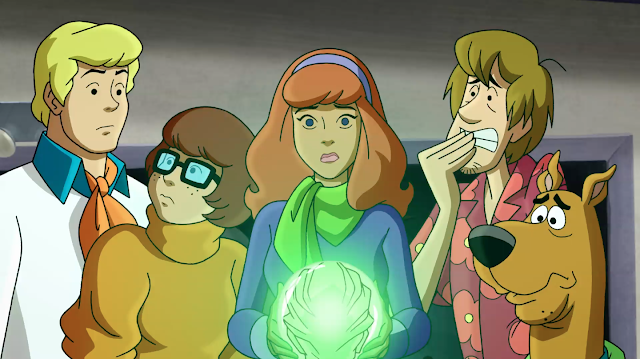 Daphne, Scooby and Shaggy have been keeping a secret about while Velma and Fred were at camp and it includes a super duper van with some amazing upgrades and a kick ass purple outfit.

Scooby Doo and the Curse of the 13th Ghost takes our favorite sleuths into the 21st century on a mystery they won't soon forget and neither will we. Mystery Van? The Misstury Van is a force to be reckoned with and I loved our upgraded, smarter, chicer, cheeker, funnier, Daphne. AND Matthew Lillard IS and will always be Shaggy.

ABOUT MOVIES ANYWHERE
Movies Anywhere is a digital movie platform that enables movie fans to discover, access, and watch their favorite digital movies in one place. Movies Anywhere brings together a library of nearly 7,500 digital movies from Sony Pictures, Twentieth Century Fox Film, The Walt Disney Studios (including Disney, Pixar, Marvel Studios and Lucasfilm), Universal Pictures (including DreamWorks and Illumination Entertainment) and Warner Bros., and will continue to expand the consumer experience as more content providers, digital retailers and platforms are added. By connecting participating digital retailers that include Amazon Prime Video, FandangoNOW, Google Play, iTunes and Vudu, movie fans can now bring together their digital movie collections (whether purchased or redeemed) in one place and enjoy them from the comfort of their living rooms, and across multiple devices and platforms, including Amazon Fire devices; Android devices and Android TV; Apple TV; Chromecast; iPhone, iPad and iPod touch; Roku® devices and popular browsers. Movie fans can also redeem digital codes found in eligible Blu-ray™ and DVD disc packages from participating studios and enjoy them through Movies Anywhere. Movies Anywhere – your movies, together at last.