Home with the flu and bronchitis. Because I don't like to do things the normal way I went for the combo Flu A & B and bronchitis. Yeah...that's right...don't mess with me because I know how to sick! My Goddess decided to run a fever yesterday as well so we are both home. I am trying to catch up on computer stuff and she is sketching in her sketch book. Sounds like a good way to spend the day until I have to jump up and go pick up Handsome from school. It is surprising how fast the day goes when you are not working. Work days on the other hand...not so much.

Ignore the dusty dash and draw your attention to the temp. This was for a photo to my husband who was asking what the temp was by us. He works in the city and the weather at home is a constant discussion over text. 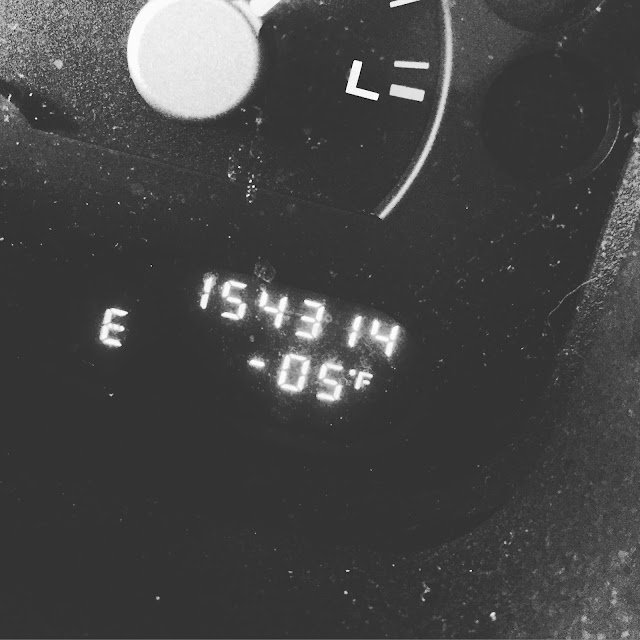 We were brushing the cats teeth when we decided to try to grab a photo of those pearly whites. You can see Jinxy didn't love it. He has a weird overbite which makes him drool a lot. He is a moist boy and shakes his head like a dog shaking spit all over. We have been woken up with a juicy, Jinxy shake more than once. So gross. 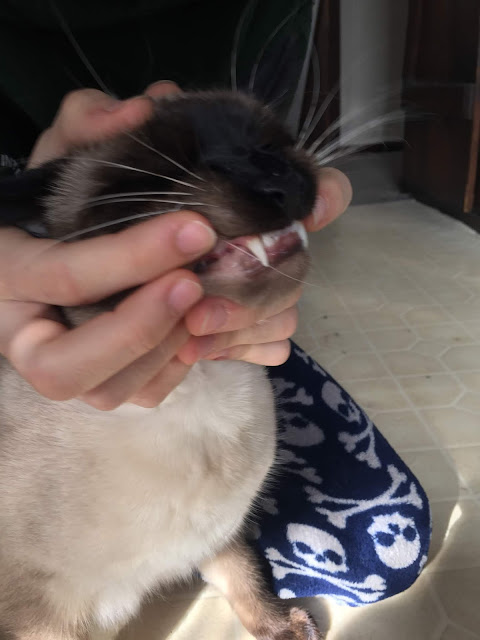 That's my girl! Man I love how she enjoys taking photos like her mama back in the day. I always had the camera attached to my face. We headed out together with my cameras and snapped like crazy. 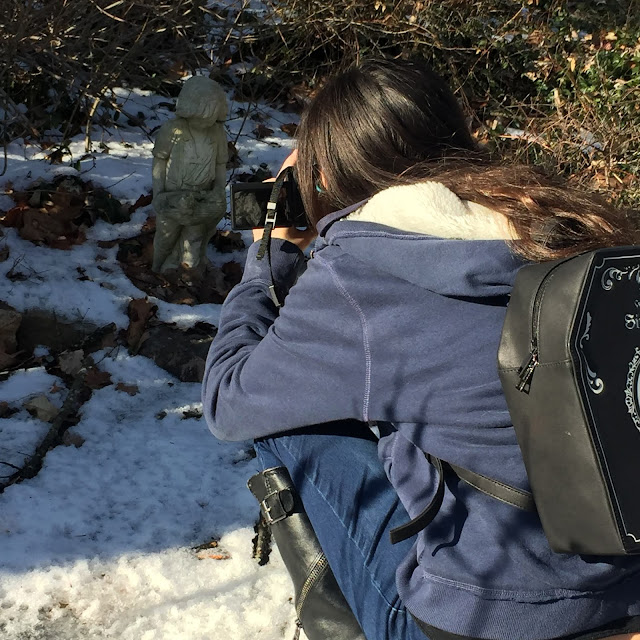 Trying to get a good thumb nail and looking like total idiots. That is us! 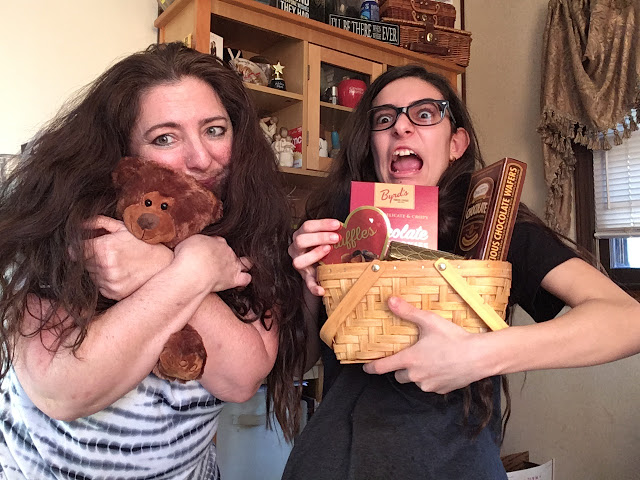 How my crazy Luna waits for breakfast every morning. She eats on the table because the kits use to eat all her food and since she is such a scared cat never ate so we started feeding her on the table. I hate it! She refuses to eat on the floor now.  Look at that face! How could I refuse her. 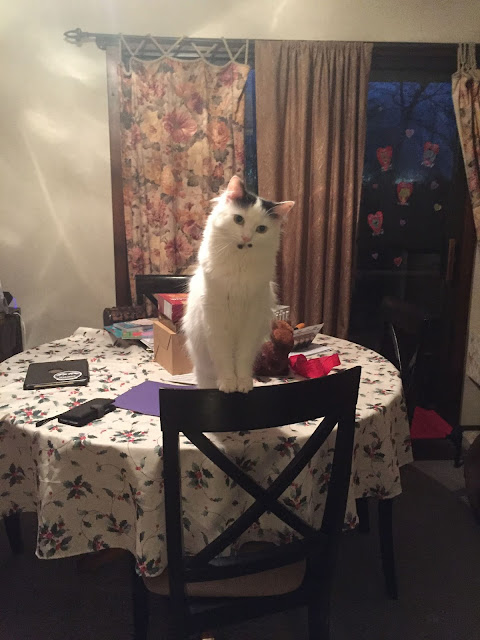 Passed these guys driving on some ice and just had to stop and take a shot. I would never but it looks like so much fun. 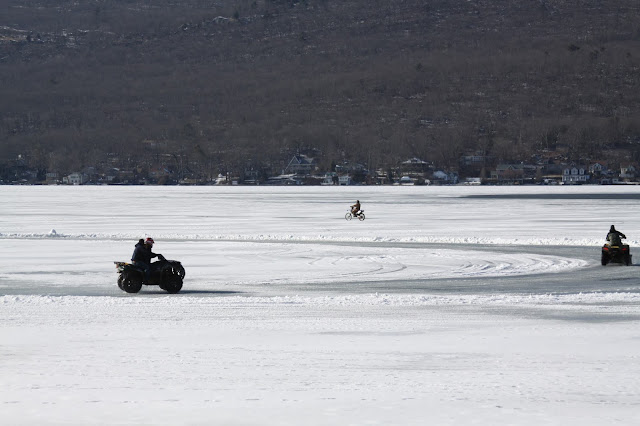 My daughter's drawing for school is too cute not to share. 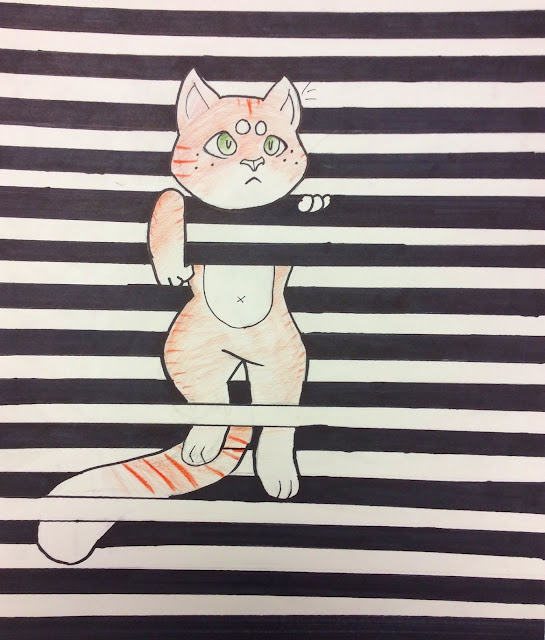