Last month I took my family including my Spanish in-laws to Medieval Times in Lyndhurst New Jersey. They live only about 20 minutes from the place for 30+ years but had never been there. Imagine?! I had been there two times before but it had been over 30 years for me.  Last year Goddess had gone with her 7th grade class and I was so jealous. I remember loving the colors, the cheering, THE KNIGHTS, the Queen and King, the food and the Jousting. It was a really fun time. 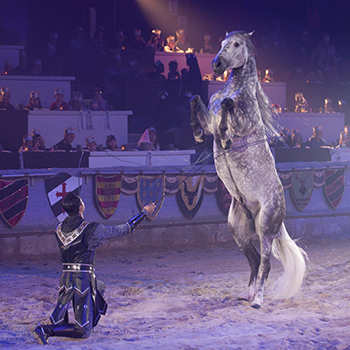 My in-laws are from Spain and go back every year since my father-in-law retired. They hadn't realized so much of Spain would be featured in the history of the show and loved it. I saw them taking photos in front of the signs. 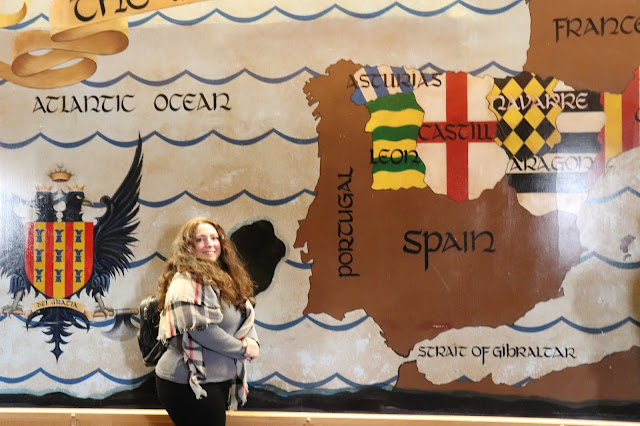 What is great about Medieval Times is just how organized it is. The doors open and you have a few minutes wait as you are ushered inside. It was cold out but we got into the building quickly. You do not need to get there before the doors open but there was a line already forming at the doors when we got into the parking lot. It was too cold to take pictures outside so I waited until we were in. The lines moved quickly, there are hostesses helping you along. My in-laws were meeting us there. The desk took our tickets handed me 4 and wrapped my in-laws tickets around their seats. I was informed to tell them to give my name and we would all be seated together. You are given seat tickets for a particular color section. The color given to you will be the color of the knight you are cheering on.  We spent some time walking around, getting a drink, looking at souvenirs and buying way too many. 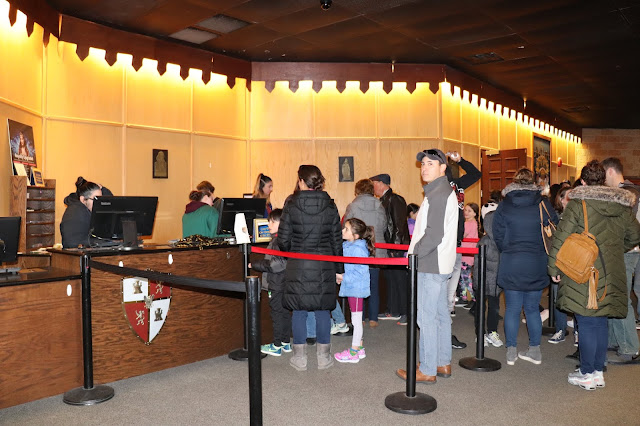 As you wait, there is an MC that speaks to you from a balcony. Basically the show is starting from the moment you enter the doors. He tells us that the Queen is excited we are there and that our seats are being prepared. You enter the arena by the color of your ticket. No matter what seat you get, you can see the show because of the Colosseum style seating. 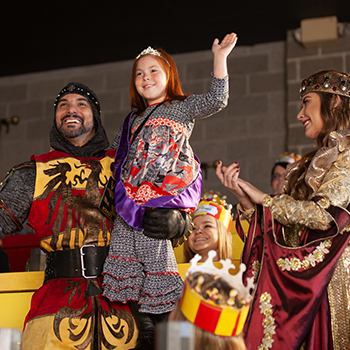 The Queen greets the guests as the servers start pouring your drinks. They also ask if you are doing a regular meal or the vegetarian meal. Soup is poured and the royal falcon show starts. My kids were amazed as the falcon flies over us always heading back to the trainer. It is really cool. 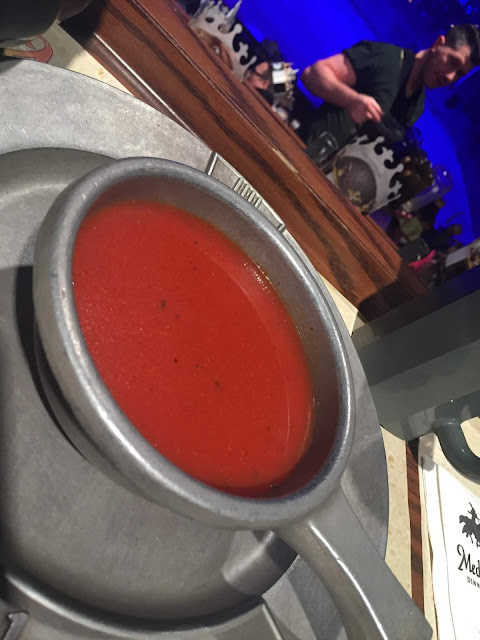 The knights are introduced and your see your knight. It really is fun to cheer them on with your section while booing the others. 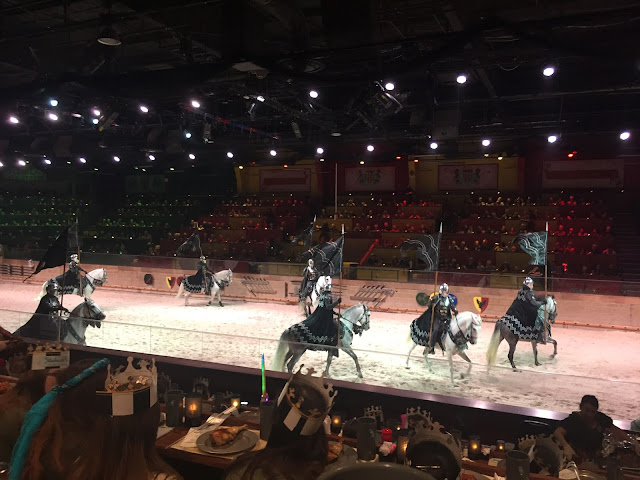 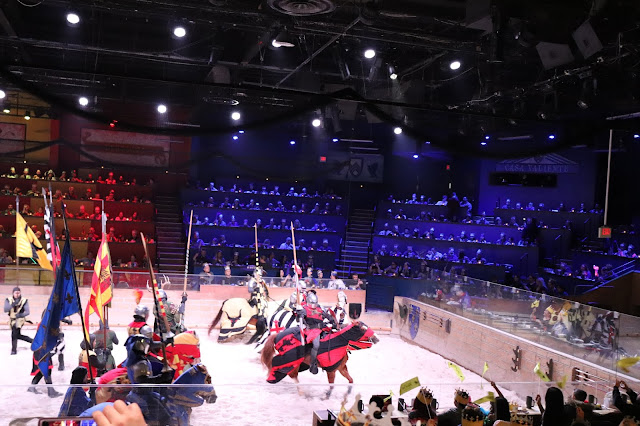 The meals are served. Chicken, potato, and garlic bread. My daughter asked for the vegetarian which was really good too. It was rice, potatoes, tomato and whatever else was in there. It was delicious. I ate what she didn't. 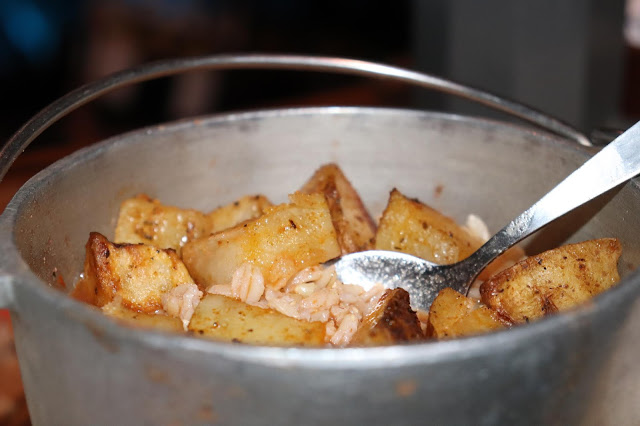 You can see my plate has chicken in it and the next pic is the potato and bread. They weren't out at the same time so I took a pic separately. 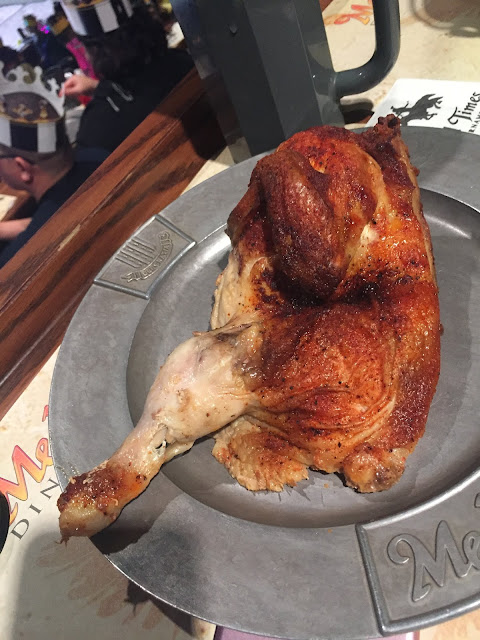 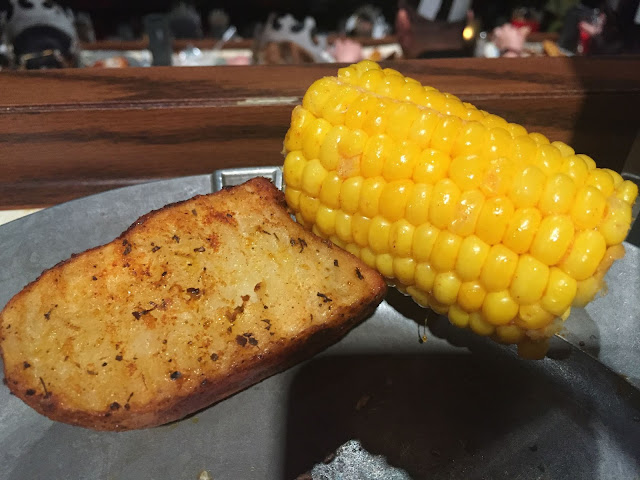 The show was fun. The knights are skilled and the weapons make all kinds of clanking sounds. They do protect the crowd with the use of netting that drops down just prior to the jousting beginning. 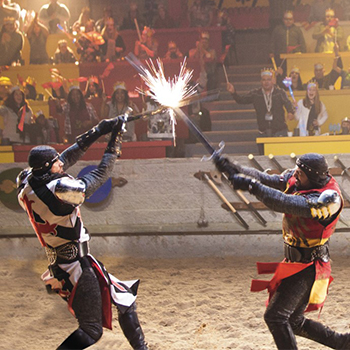 My daughter took some great pictures of the jousting. 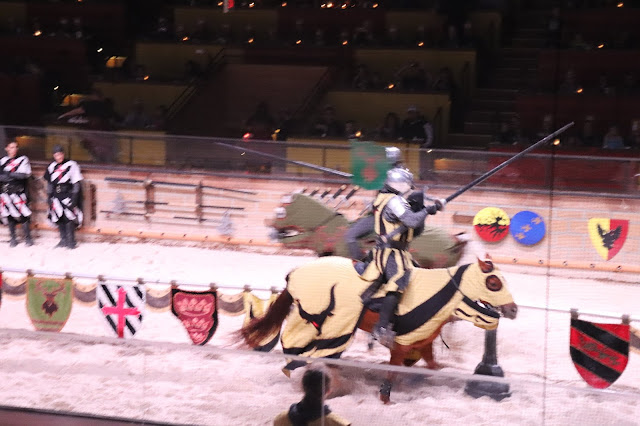 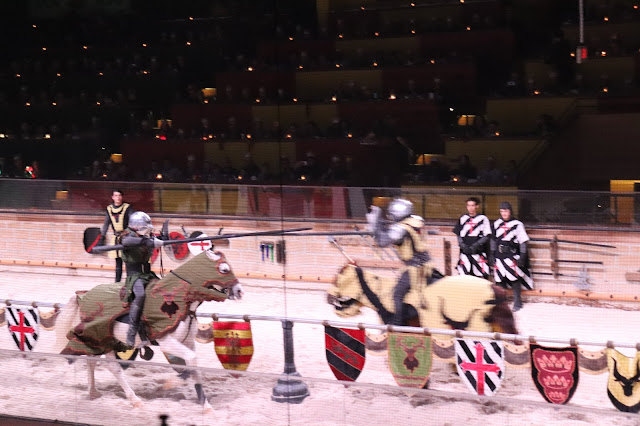 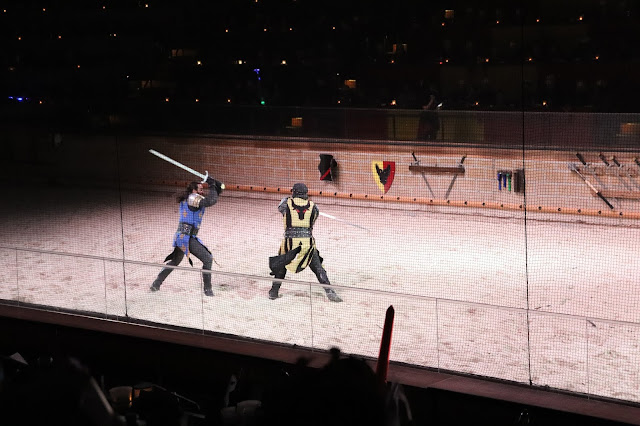 I think my favorite things about Medieval Times is the cheering and booing. It is fun to get a bunch of people celebrating their knights or jeering when another knight wins a battle. It really is interesting to see how into it people get. 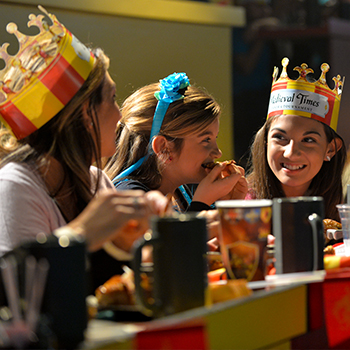 Dessert was vanilla ice cream with caramel over it. It was simple a perfect for the ending of the show. At the end of battle when one knight is standing, the queen celebrates him and meets him in the stands to greet one special girl picked out of the crowd. The girl this time was so excited. She was about 3-4 years old and so happy. 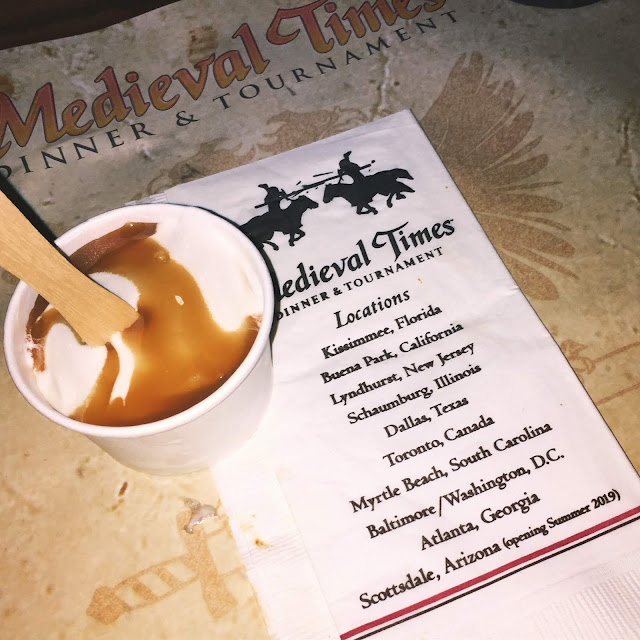 The best picture of the knight was looking over at my father-in-law who looked like a little boy as he watched the knights battle. 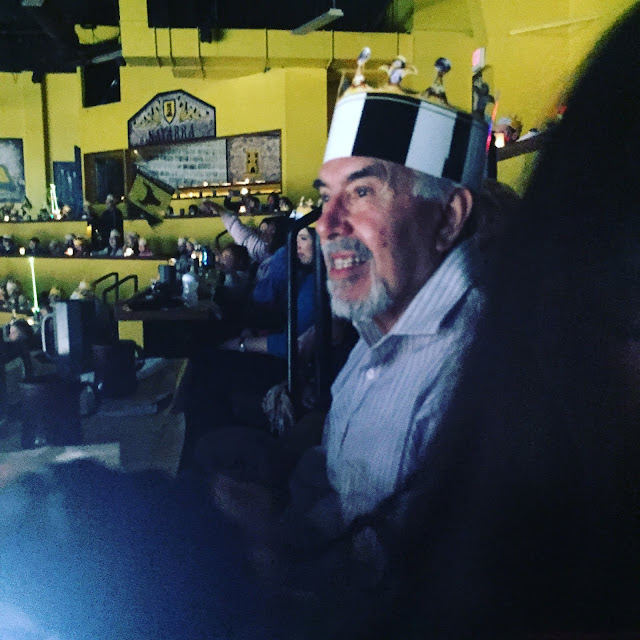 For more photos and video from our time at Medieval Time in Lyndhurst New Jersey.


Looking to experience this good time for yourself? Go to https://bit.ly/2RGt0f5 and enter PROMO code RF4020 at checkout.

Experience the New Show | Tickets 40% OFF Adults/20% OFF Kids - For the first time in Medieval Times' 35-year history, a Queen has taken the throne. Her Majesty Dona Maria Isabella presides over a tournament of knights who gather in celebration to test their skill against one another in a series of games, jousting, and combat.

The new story brings a series of changes to the show including new costumes, custom-designed and handmade armor, fight scenes, and musical score composed by Dr. Daniel May, who directed and recorded the composition in Kiev with the National Symphony Orchestra of Ukraine. Be among the first to experience the debut of our new show.

Disclaimer: I received 4 tickets for my family to enjoy Medieval Times and for our honest opinion. No monetary compensation was offered.

Email ThisBlogThis!Share to TwitterShare to FacebookShare to Pinterest
Labels: my life, Product Review