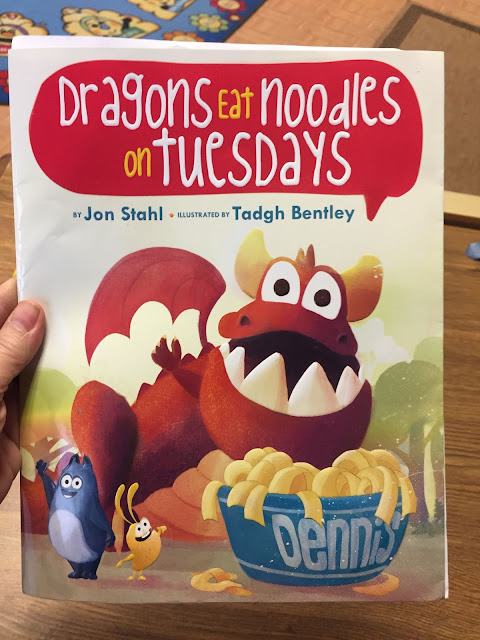 "Once upon a time," begins the big blue monster who is trying to tell a fabulous story. "It needs to be about a kid who is eaten by a dragon," he insists. But his little monster friend is not convinced that this is a good idea. "Dragon stories usually don't end well," he warns.
As the two monsters argue over how the story should go, a hungry dragon named Dennis is listening nearby. Dennis knows exactly how this story should go... And by the way, what day is it? Watch out! 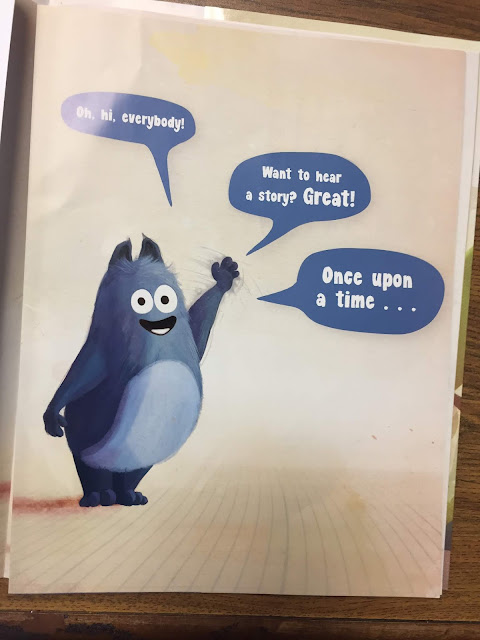 I enjoyed the story of a little blue monster trying to tell a story about dragons while a little yellow monster tries to tell him that dragon stories "usually" don't end well. They go back and forth with cute illustrations while Dennis a dragon listens. Dennis has his own ending in mind. Hmm...it is cute but can be scary for some small kids. 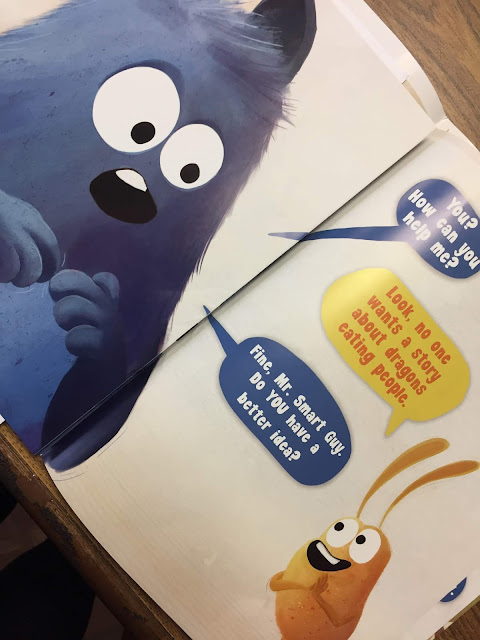