Skee-Ball, The Original Family Friendly Game Leaps onto your Smartphone!

Skee-Ball Makes The Leap From Arcade to Smartphone with Launch of New Premium App, Debuting November 2017 on iOS and Google Play 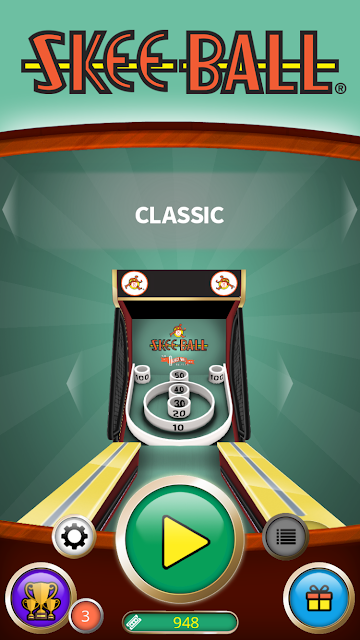 Pulaski WI- November 8th, 2017- Cherished for over 100 years as a timeless family friendly game, beloved by virtually anyone who has ever set foot in an arcade or amusement park and today heartily embraced in bars from Brooklyn to Austin, Skee-Ball is at a moment in its long and glorious history that is seeing its popularity rise to ever greater heights.

To celebrate the remarkably enduring and still expanding legacy of Skee-Ball, Bay Tek Games is launching Skee-Ball Plus, a new premium app that enables players to take Skee-Ball with them wherever they go. The new Skee-Ball app, priced at $2.99, launches on iOS and Google Play and will go live early November. Following its debut for iPhone and Android, and in time for the holiday season, the Skee-Ball app will be available on all other major interactive platforms, including Nintendo Switch, PC, Macintosh, Microsoft Xbox One and Sony PlayStation 4.

Skee-Ball Plus, which captures all the fun of the original arcade game, features a host of new game variants and interactivity that are only possible on gaming devices. 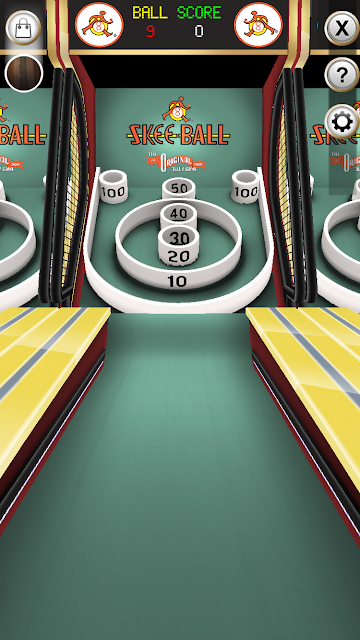 Features include:
•             Classic layout with multiple game options including Call your Shot, Speedball, Horse, Hangman, and Head to Head multiplayer modes like Countdown.

•             Dynamic layouts where the targets are moving, appearing and disappearing, like Shooting Gallery, Ring the Bell and Wipeout (clearing the board) to challenge even the best players.

•             Ticket redemption for power ups, score multiplier balls, magic balls, new game boards and other goodies that affect gameplay, instead of just being window dressing on your shelf.

Since it was first introduced to the public in 1908, Skee-Ball has generated a remarkable $10 billion (40 billion quarters) in arcade revenues. Bay Tek Games acquired Skee-Ball Incorporated in 2016 and has since redesigned the game with updated alleys and a contemporary sensibility that still retains key elements of the brand’s classic look and feel.  Bay Tek has implemented a strategic licensing campaign that has included the bestselling desktop game from Running Press Books. Bay Tek has also proactively eliminated unauthorized patent infringements, assuring consumers that new licensed products, such as the Skee-Ball app, are authentic, genuine and officially sanctioned.

“In developing this app, as with all Skee-Ball licensing we are undertaking, Bay Tek is extremely mindful of the proprietary nature Skee-Ball’s many dedicated fans feel toward the brand they love and cherish. We were determined to produce a game that synthesizes the classic test of skills and arcade experience of the alley roller game with the most advanced and forward thinking interactive digital gameplay,” said Holly Hampton, Director of Marketing and Innovation. “We are convinced we’ve found that sweet spot and that this new app will appeal equally to longtime Skee-Ball aficionados as well as the most dedicated and committed gamers.”

The Skee-Ball app has been designed by Ocean Media, a leading developer of interactive digital games for world markets.

“We have had a lot of fun creating new game modes and challenges that allow players to experience Skee-Ball in new and exciting ways,” said Vedran Klanac, CEO of Ocean Media. “The play value and variations within the game will keep players coming back for a very long time. As they engage with us and are active and vocal about the features they like most, or would like to see added, we will respond by adding more content on a regular basis.”

My kids and I love Skee-Ball. We compete against each other and love that the game has some different options like scoring circles (hit the 30 3 times and get more tickets), there are also Magic Balls. It is a challenging game and we love the tilt feature. Sitting in the car waiting with the kids has become easier.  The only thing I don't like about it is that it resets every time I close the game. We are just a few tickets away from the next level but if we have to close the game and come back it is back at the beginning again.

I hope to unlock the next level the next time I am sitting for a long period of time.

Great price and loads of fun.

About Bay Tek Games, Inc.
Bay Tek Games is a U.S. designer and manufacturer of redemption games for the entertainment industry. Established in 1977, Bay Tek is based out of Pulaski, Wisconsin. With valued customer input and a team of vested developers Bay Tek Games puts passion into every single game they create.