My sister-in-law gave my husband the greatest gifts ever. The man works two full time jobs and has had zero playtime until now thanks to the weekend car!

He spent a day making sure the engine and breaks worked AND when he took it on it's maiden voyage around the block he was a kid again.

Teach isn't one to make a whole lot of hoopla but his comments about wanting one since he was a kid and the amount of time he spent on it tells me he is as happy as he gets.

Goddess was the first one in and if you can see the hand on his arm and the eyes under the googles, she is thinking she may have made the wrong decision to get in with Speedy Gonzalez. HOWEVER, this is a brave chick. She is afraid but will not back down. 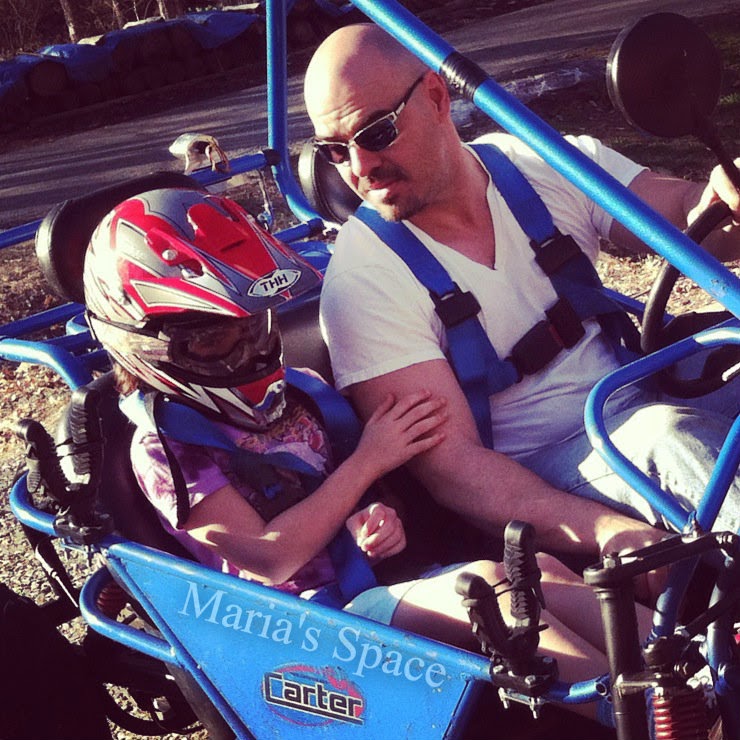 When she returned to the driveway she had is in a modified fist pump but you can see the other hand is now holding on. Never let them see you sweat babygirl! 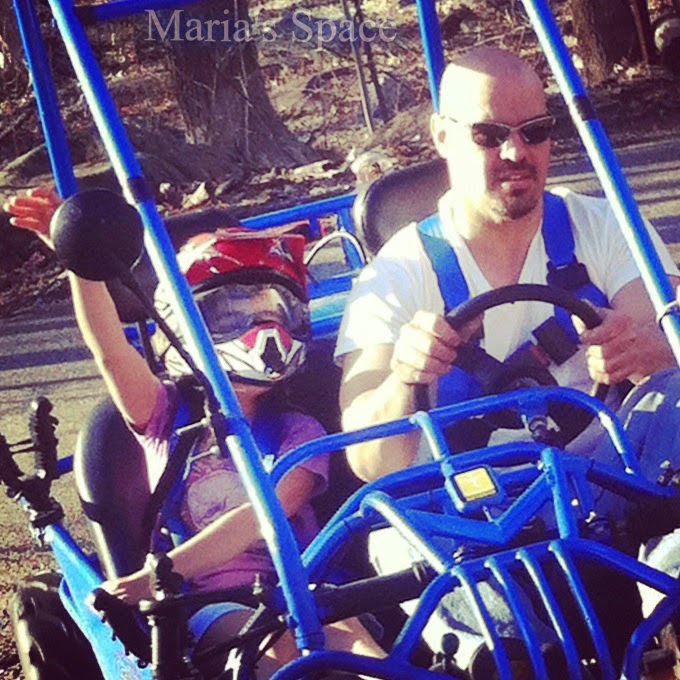 Handsome isn't nervous or at least he doesn't ever seem to be. His eyes can be saying a few things. This is taking too long! This hat is heavy. Come on Dad you are wasting my time. Or we don't need no stinkin' seat belts.  We will never know. 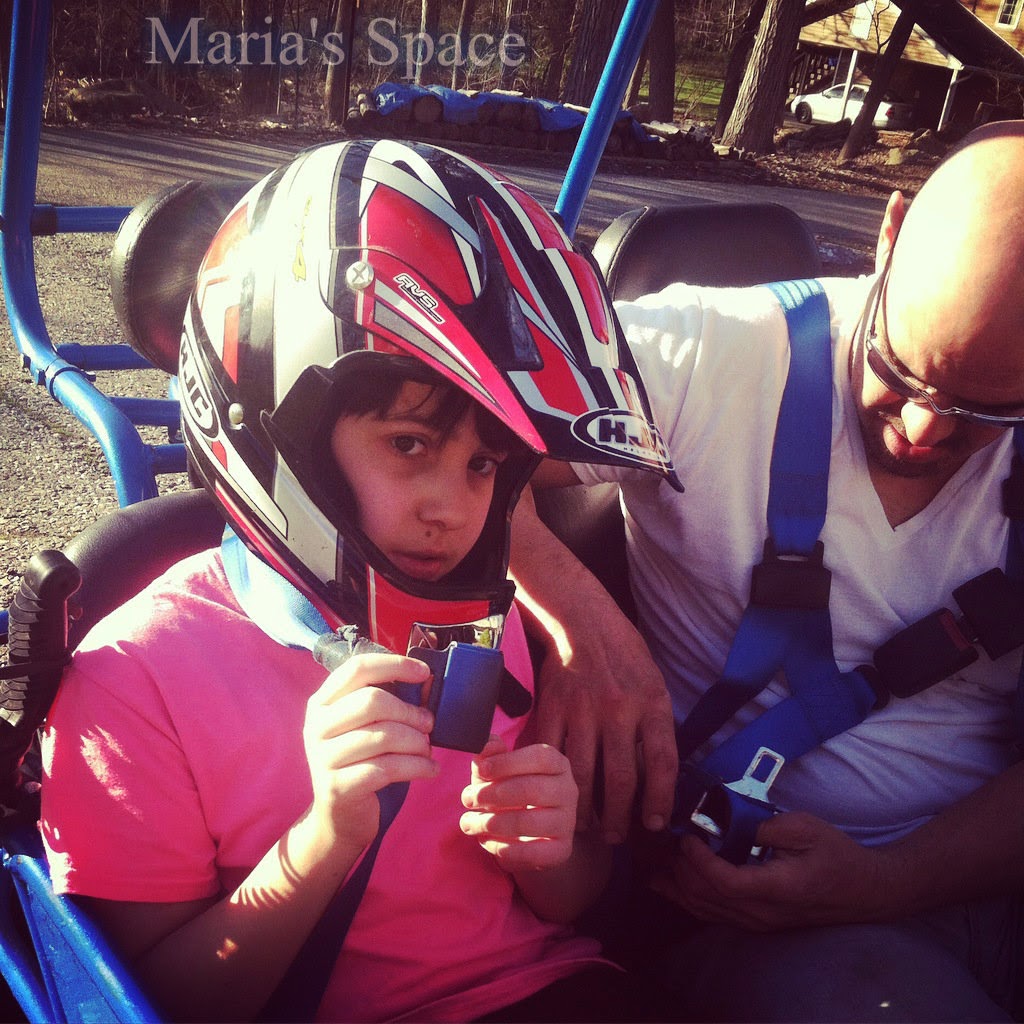 He loved it! The kids went on at least a hand full of times between Saturday night and Sunday. 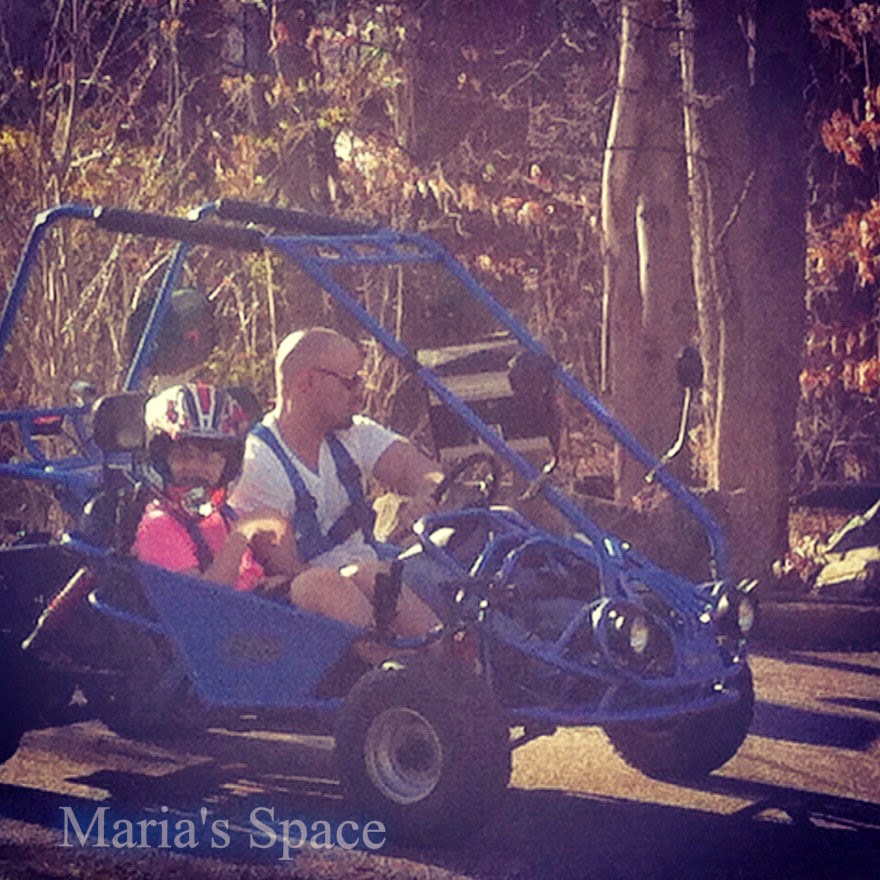 Like any mom I was afraid of them getting in the car not because I don't trust my husband because he is more nervous at times then I am. I was nervous about the car being on the road with other cars who could pop out of their driveway. There are new drivers on my street and a lot of blind turns. BUT, I know I can't keep them sheltered forever. I prayed for the best knowing the driver with them would never let anything happen to them. Doesn't mean that my heart felt lighter whenever they got out of that little car.