Savings Wildlife One Salamandar At A Time

There are over 655 species of salamanders and are the second largest group of amphibians.

While often grouped into the lizard category, salamanders have damp skin, no claws and or scales where lizards have dry skin, claws and scales.

I love salamanders and even for a while had newts as a young adult as pets so finding the occasional salamander in the woods always makes me smile.

This past Wednesday while waiting until the last 5th grade student headed outside for recess I followed. As I stepped out the door and normally would have turned and closed it to spend 15 minutes with this group of fun kids, I spotted a Red Spotted Salamander or Notophthalmus viridescens exactly where the kids all raced out. It was small. Really small! It was slow and looked like it was shocked. It probably was considering it had just avoided over 140 running feet. 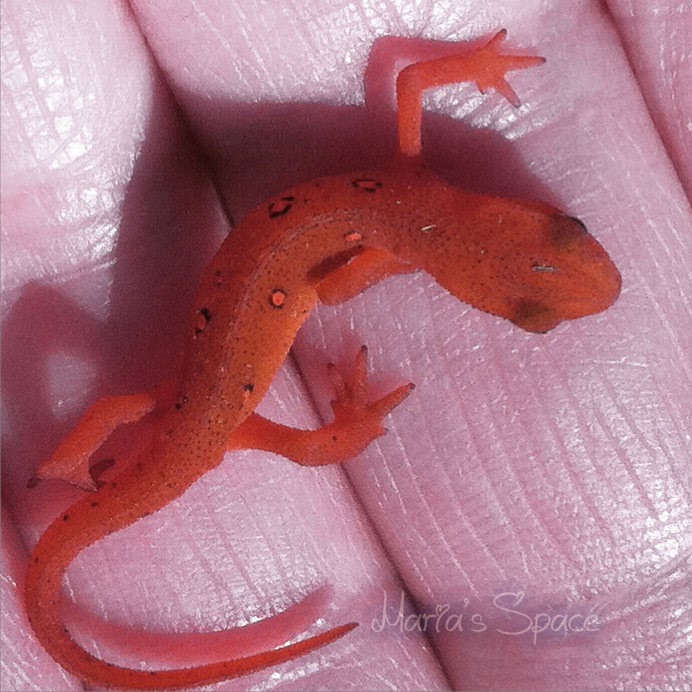 Quickly I grabbed him because really what was he going to do in the concrete hallway which leads to some concrete stairs? I was praying no kids spotted me holding him because this would mean they would follow me and I wanted to place him somewhere where he would actually have a chance getting back to where he could survive. They don't mean to but they can't help themselves and one had been accidentally stepped on last week when he was passed hand to hand and fell thus getting a sneaker imprint on his wee little back. Thankfully I didn't see it but heard all about it. Kids will tell you everything and anything in school.

I avoided getting hit with a ball or run over by kids on the handball court, skated past a few playing hide and seek, skipped past the few on the jungle gym and shashayed past the basketball court kids. When I saw I was alone, I bent down to place him as far away from people I could go without leaving my position but thought, I am going to tell my kids about this and Goddess will undoubtedly whine, "why didn't you let me see it?" So, hearing her voice in my head, I took some really quick shots. 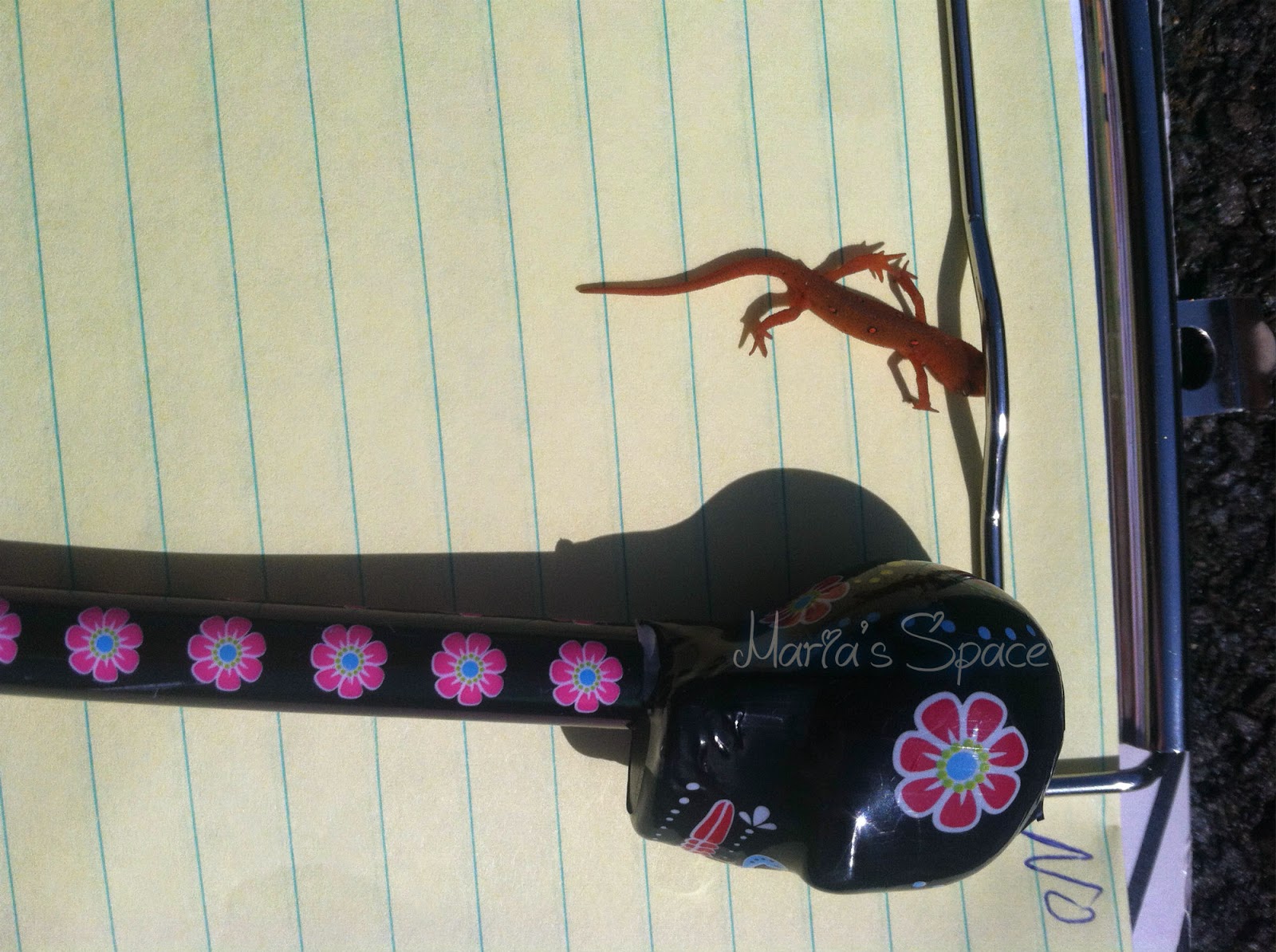 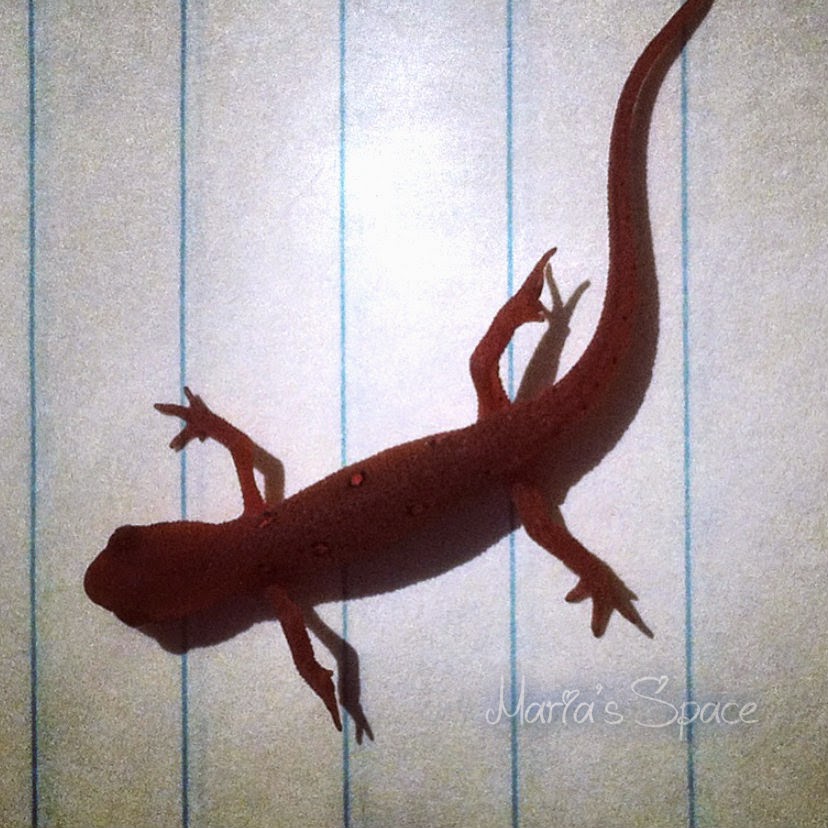 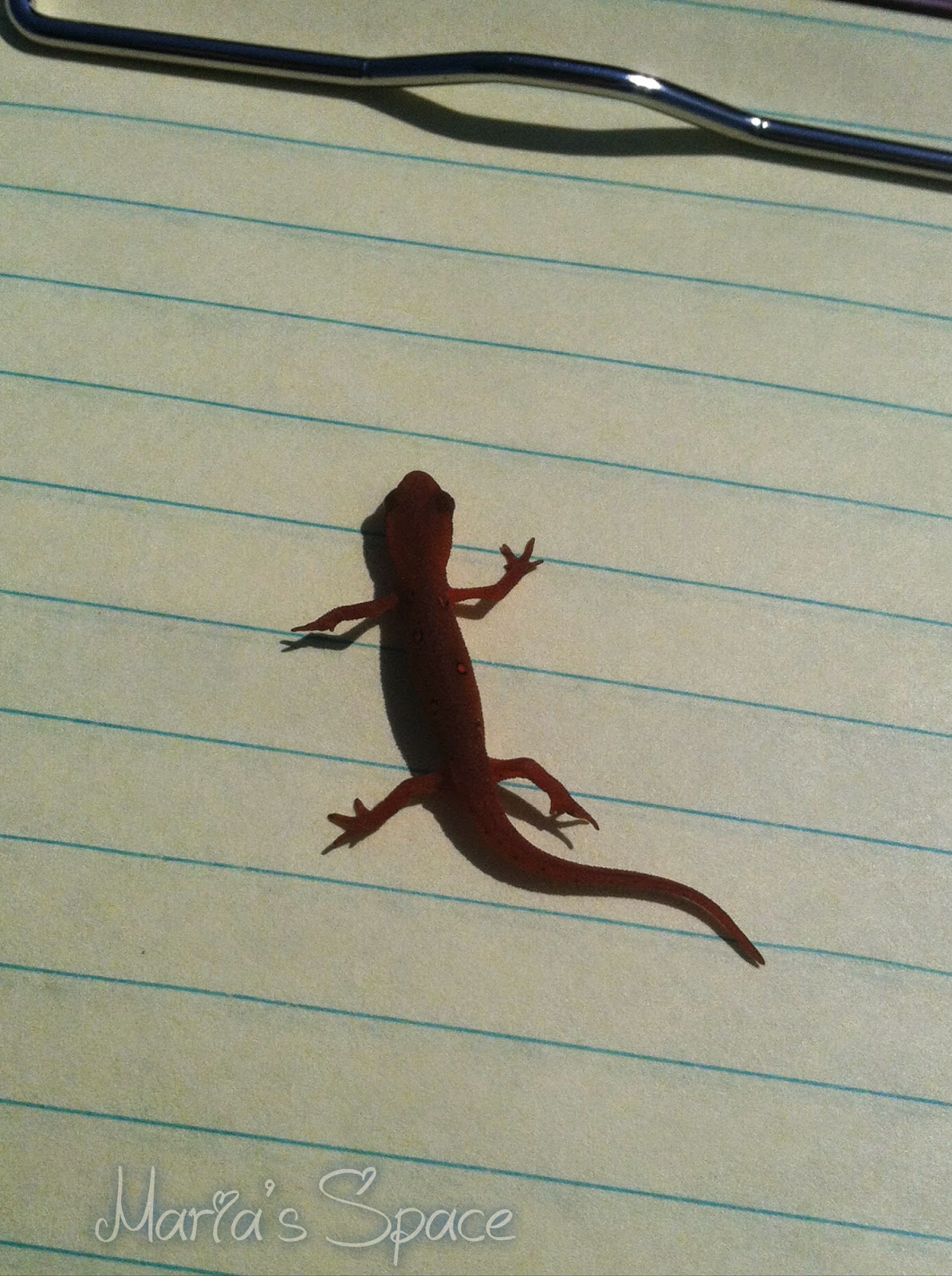 Isn't it a beauty!?  Love it. So tiny and I hope it survived the night with all the frost, hail, snow we had yesterday.