Flowers In The Attic Continue With CHRISTOPHER’S DIARY: SECRETS OF FOXWORTH - I Can't Wait For Part 2! 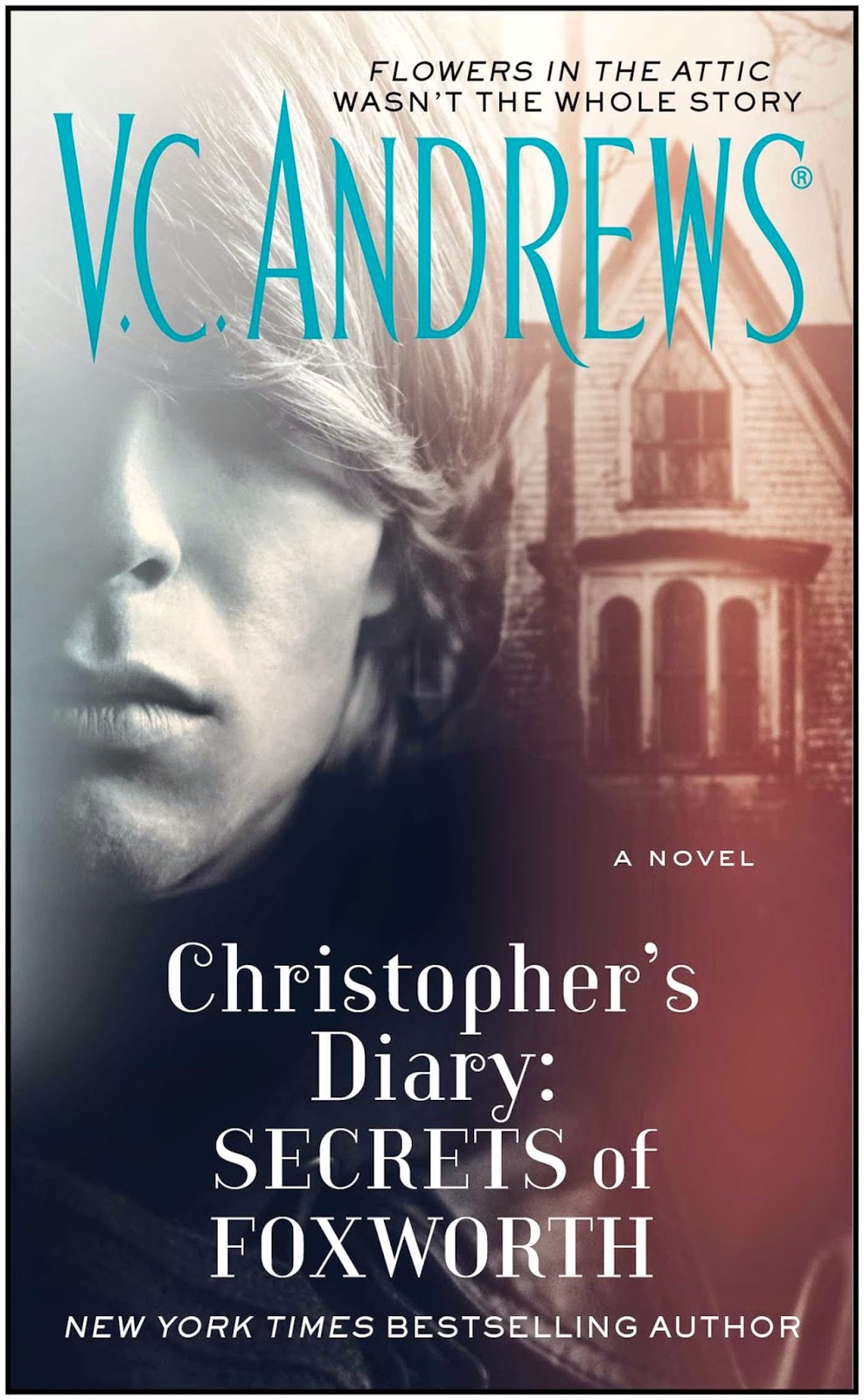 The eagerly anticipated CHRISTOPHER’S DIARY: SECRETS OF FOXWORTH  by V.C. Andrews® will be the perfect respite for those counting the days until Lifetime’s 2015 movie releases.  An ideal addition to “Dollanganger family reading”, CHRISTOPHER’S DIARY broadens the perspective of story in Flowers in the Attic…and reveals the answer to one of the major mysteries surrounding that seminal work.


If you love the story of the Dollanganger children you will undoubtedly love this series.

Christopher Dollanganger was fourteen when he, Cathy and the twins, were locked away in the attic of Foxworth Hall, prisoners of their mother’s greedy inheritance scheme.  For three long years he kept hope alive for the sake of the others.  But the shocking truth about how their ordeal affected him was always kept hidden—until now.

Seventeen-year-old Kristin Masterwood is thrilled when her father is hired to inspect the Foxworth property for a prospective buyer. The once grand Southern mansion still sparks legends and half-truths about the four innocent Dollanganger children, even all these decades later.  But Foxworth holds a special fascination for Kristin, who was too young when her mother died to learn much about her distant blood tie to the notorious family.

Accompanying her dad to the “forbidden territory,” they find a leather-bound book, its yellowed pages filled with the neat script of Christopher Dollanganger himself.  Her father grows increasingly uneasy about her reading it, but as she devours the teen’s story page by page, his shattering account of temptation, heartache, courage, and betrayal overtakes Kristin’s every thought. And soon her obsession with the doomed boy crosses a dangerous line…

My sisters and I loved the Dollanganger series which began with Flowers In The Attic. Christopher's Diary is based on a teenager named Kristin finding the diary which was kept by Christopher of his experience in the attic.  Kristin's father is a property inspector and when they visit the house she finds the diary. Her father is apprehensive about her reading it. Kristin's deceased mother has a blood tie to the family and dad is worried that the diary of the doomed children will be too much for her.

As Kristin become more and more absorbed in the story she feels a connection to the children of the manor and the Kane who has her heart fluttering.

The best part was knowing the story and now knowing what was going on in Christopher's mind as he and his siblings were dropped off and spent time in the attic.

The ending was awesome and I can't wait for part 2. Let's read the diary in the attic indeed!

For more information about the Lifetime Movie visit here.

Disclaimer: I received an ARC for my honest opinion. No monetary compensation was offered.

V.C. Andrews® has been a bestselling phenomenon since the publication of her classic Flowers in the Attic. That blockbuster novel began her renowned Dollanganger family saga, which includes Petals on the Wind, If There Be Thorns, Seeds of Yesterday, and Garden of Shadows. Since then, readers have been captivated by more than seventy novels in V.C. Andrews’s bestselling series. V.C. Andrews’s novels have sold more than 106 million copies.