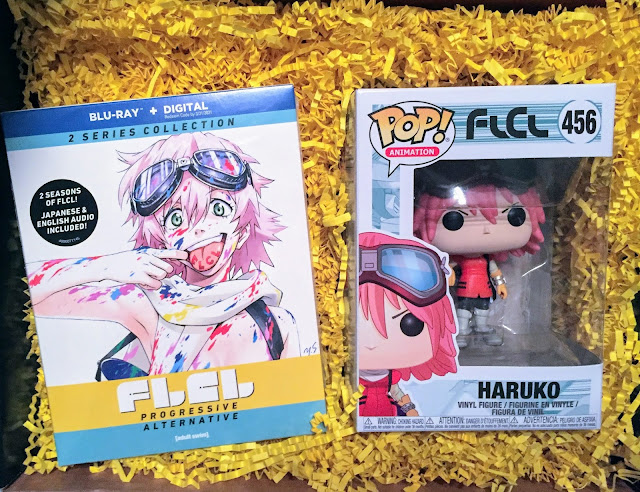 This is my first time seeing this! My daughter and I do love anime. Unfortunately she will not be watching this about a 12 year old horny boy who is learning about his sexuality. I love Haruko and her ass kicking guitar. I have been watching in my truck while I wait for the kids to come out of school and can see why this show was so popular.  The over the top expressions, soundtrack and animation along with the sexual innuendos are exactly what I would have been into when I was my daughter's age. This is NOT something she would be comfortable watching but I know a few of her friends who would love to watch this as a group and laugh about it. I am up to episode 3 Stone Skipping which I hope to watch tomorrow before the kids get in the car. More on that later!

BURBANK, CA (November 21, 2019) – The wait is over! Adult Swim’s popular anime series FLCL: Progressive and FLCL: Alternative, both release for the first time ever as a Blu-ray combo pack from Warner Bros. Home Entertainment on February 4th. Based on the original anime series written by Yōji Enokido and from director Kazuya Tsurumaki, the collection propels Haruko and her yellow Vespa back into action with 12 episodes from FLCL: Progressive and FLCL: Alternative. The Blu-ray Combo Pack is priced to own at $44.98 SRP ($52.99 in Canada). FLCL: Alternative will also be available on DVD on February 4th for the low price of $19.99 SRP ($24.99 in Canada).

From the legendary anime studio Production I.G and Adult Swim, FLCL: Progressive & Alternative Combo Pack will include a 15-minute never-before-seen documentary that dives into the making of both seasons featuring interviews with voice talent and crew. Additional special features include a “Meet the Creators” piece focused on the new era of show creators, a segment about “The Pillows” relationship with the series, a glimpse at the English voice actors behind FLCL together, and a look into the production of FLCL: Alternative. 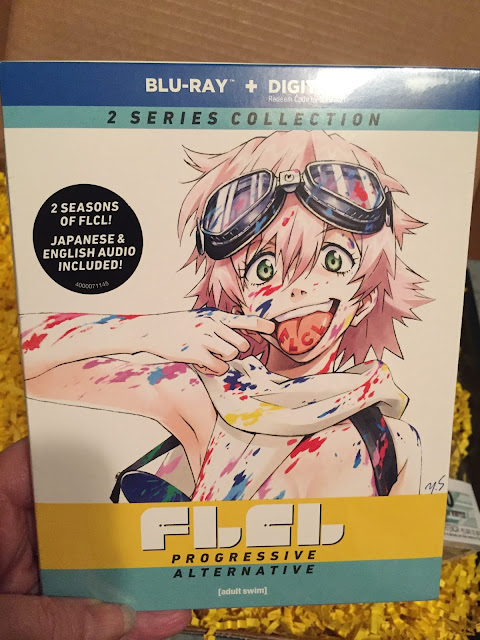 The highly anticipated sequel to the 2001 original FLCL, FLCL: Progressive tells the story of 14-year-old Hidomi and her classmate, Ide, as the war between Medical Mechanica and Fraternity continues. Now in the form of their teacher, Haruko Haruhara returns alongside otherworldly being, Jinyu, a gorgeous Chrysler Bel Aire and her yellow Vespa to unleash their hidden potential. 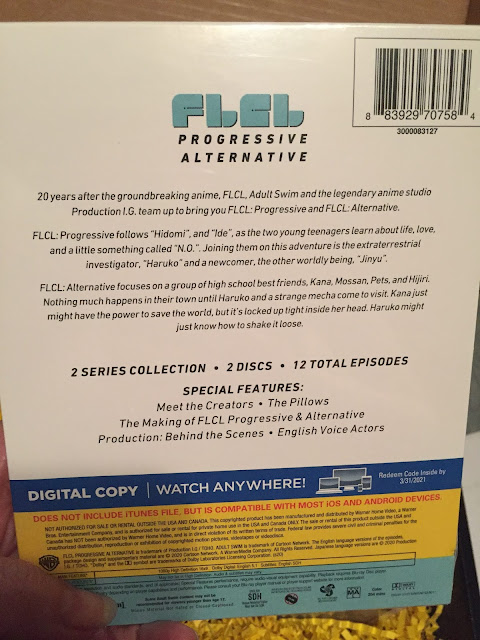 FLCL: Alternative, the third and final season centers on the misadventures of 17-year-old Kana and her friends, Mossan, Hijiri, and Pets. Living a seemingly normal life, the group’s lives are flipped upside down when Mecha falls from the sky and arrives with the guitar-wielding Haruko Haruhara. Once again determined to take out Medical Mechanica, Haruko works to awaken Kana’s N.O. channel before the relentless iron takes over the world. 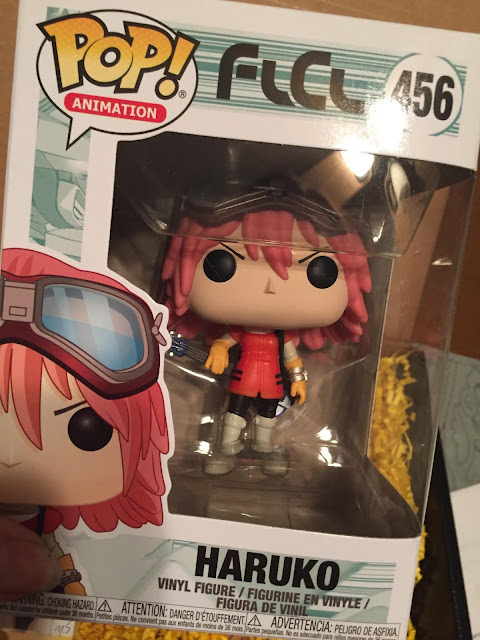 “During its twelve-week run on Adult Swim’s Toonami, FLCL was #1 in its timeslot, and garnered a huge fan following,” said Mary Ellen Thomas, WBHE, Senior Vice President, Originals, Animation, and Family. “We think both the fans and newcomers are going to love the Combo Pack with it exciting behind the scenes extra content, in addition to the final 12 highly anticipated episodes from the fanatical series.”
BLU-RAY COMBO PACK SPECIAL FEATURES
FLCL: ALTERNATIVE DVD SPECIAL FEATURES
COMBO PACK INCLUDES ALL 12 EPISODES
DIGITAL
FLCL: Progressive & Alternative Combo Pack is available to own on Digital. Digital purchase allows consumers to instantly stream and download all episodes to watch anywhere and anytime on their favorite devices. Digital movies and TV shows are available from various digital retailers including Amazon Video, iTunes, Google Play, Vudu and others. A Digital Copy is also included with the purchase of specially marked Blu-ray discs for redemption and cloud storage.

About Adult Swim
Adult Swim (AdultSwim.com), launched in 2001, is a WarnerMedia network offering original and acquired animated and live-action series for young adults. Airing nightly from 8 p.m. to 6 a.m. (ET/PT), Adult Swim is basic cable’s #1 network with persons 18-34 and 18-49 and is seen in 94 million U.S. Homes.