Looking To Binge Watch Something? Manifest: The Complete 1st Season On DVD 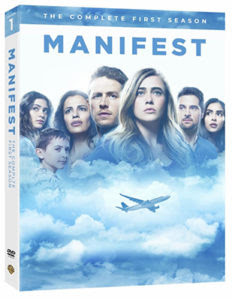 Brace Yourself. The DVD is Landing July 23rd

BURBANK, CA (April 16, 2019) – This is your calling. You are on the verge of discovering something new! From Oscar-winning filmmaker Robert Zemeckis (Forrest Gump, Cast Away) and executive producers Jeff Rake (The Mysteries of Laura), Jack Rapke (Flight, Cast Away), Jackie Levine (Allied, The Walk) and Len Goldstein (Hart of Dixie, Roadies), Warner Bros. Home Entertainment brings you NBC’s #1 hit series Manifest: The Complete First Season on DVD July 23, 2019. Fans can uncover the mystery from all 16 exhilarating episodes from season one for the suggested low retail price of $29.98 for the DVD ($34.99 in Canada). Manifest: The Complete First Season is also available to own on Digital via purchase from digital retailers.

A plane inexplicably disappears on a trans-oceanic flight and returns five years later after being presumed lost at sea. While no time has passed for those on the flight, years have gone by for their loved ones who have learned to live with their loss. In addition to the outward mystery of what happened on that flight, there’s also an inward mystery of what has happened to the passengers…and why. Nothing will ever be the same as you follow the unexpected journey full of hope, heart and destiny!

“With 16.4 million fans tuning-in weekly, Manifest is one of the most talked about series on television,” said Rosemary Markson, WBHE Senior Vice President, Television Marketing. "We are delighted to release the first installment of the series on DVD so fans can binge on each episode and relive their favorite moments again and again.” 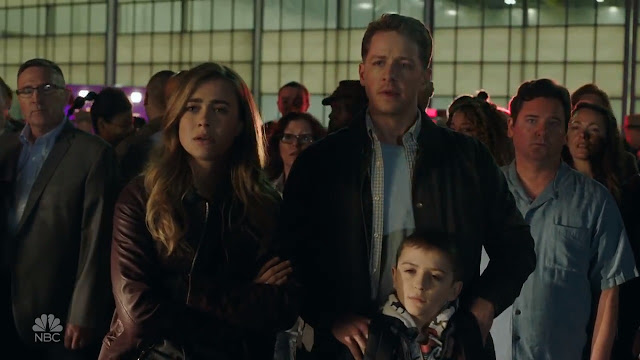 The 411:
I was so excited to sit and watch this. It starred Josh Dallas from my beloved Once Upon A Time and I love time travel premises. 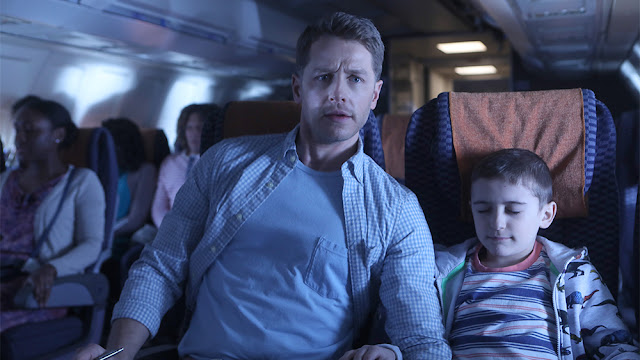 The pilot aired September 24th 2018 and I did watch it when it was on. I loved the mystery surrounding it but my life doesn't allow me to sit with a series. I cannot schedule my TV time and feel lucky when I get to watch so I never got a chance to finish the Season until now.
Basically the story is about the passengers and crew of flight 828 who left the airport on April 7, 2013. They hit some turbulence and are diverted to Stewart Airport. OK...sounds basic right?! These things happen. NOOOOO my friend 5 1/2 years have passed. Life went on as if they were all lost.  While the confusion mounts the plane explodes on the tarmac. 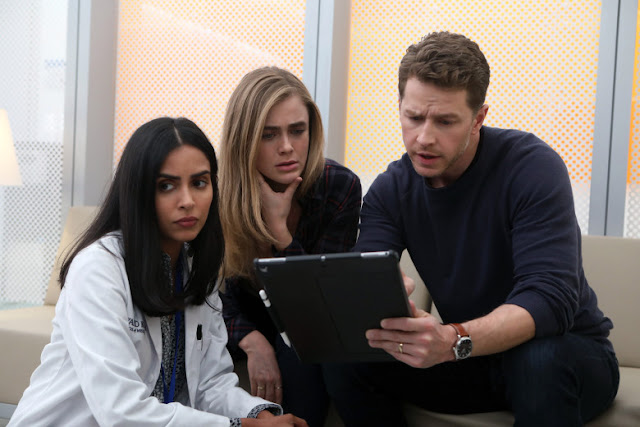 NSA asks the passengers and crew not to talk to the media and when one does they are murdered.  Some of the passengers start hearing voices one even is able to save a child.
I enjoyed the back and forth which kept the story moving and allows us to catch up on what happened before the passengers board and while they were all gone.
I am so excited to see that Season 2 has been green lighted and can't wait to hear more.
If you enjoy drama/supernatural shows you will enjoy this show.
The DVD is available now and at Amazon.


DIGITAL
The first season of Manifest is also currently available to own on Digital. Digital purchase allows consumers to instantly stream and download all episodes to watch anywhere and anytime on their favorite devices. Digital movies and TV shows are available from various digital retailers including Amazon Video, iTunes, Google Play, Vudu and others.