The Adventures of Jurassic Pet Is On DVD and VOD 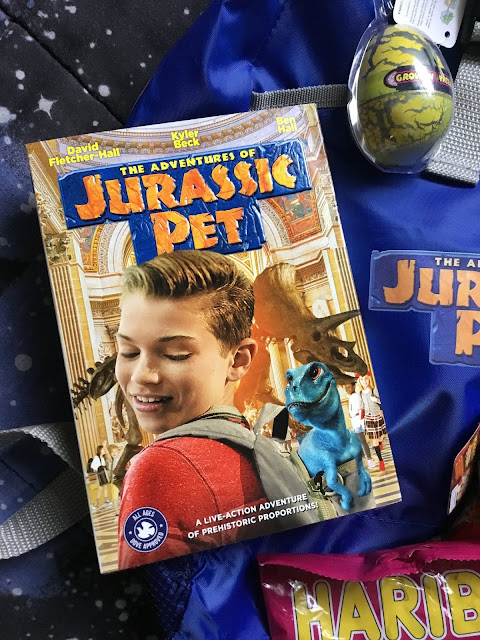 The Adventures of Jurassic Pet, arriving on DVD, Digital, and On Demand April 16 from Lionsgate. David Fletcher-Hall, Kyler Beck, and Ben Hall star in this live-action adventure “that the entire family will enjoy” (The Dove Foundation) and has been awarded the Dove Seal of Approval for all ages. The Adventures of Jurassic Pet DVD will be available for the suggested retail price of $14.98.

In this thrilling family adventure, a teen boy adopts and hatches a baby T. rex, but then must rescue the creature from a mad scientist who wants to clone a whole new breed of dinosaurs.

The Adventures of Jurassic Pet is a movie about a boy and a dinosaur and I cannot wait for part 2.

Chris walks into a shop looking to buy something "special". An older gentleman shows him a box that is locked which he purchases. When he gets the box home it eventually opens revealing a large egg that hatches a baby dinosaur. Chris names the Dino Albert.

When he tries to go back the shop it is different and the woman at the counter tells her there is no man working there. He sees a photo of the man behind the counter but the woman tells him that is her husband and he died a few years ago. So wait, a ghost sold a box to a boy and it has a dinosaur egg? My kids and I are intrigued.

Like with any family friendly film about dinosaurs and ghosts an evil scientist, Dr. Yost who wants to study the dinosaur does everything to steal Albert from Chris.  Thankfully our ghost shows up to help Chris and Albert and we are taken on an adventure as they try to protect Albert.

My daughter had a few concerns with this movie. One was that she felt there were too many guns. Dr. Yost has a bunch of gun toting guys running around with him and shooting at the dinosaur but for me the movie was okay however I would have liked to see more of Chris and his friends working together.  She also didn't like that Chris willingly went into a house with our ghost friend who was working with him as an old man and a homeless man.

I think many kids won't notice the guns and the "evil" scientist who will do anything to get his test subject. 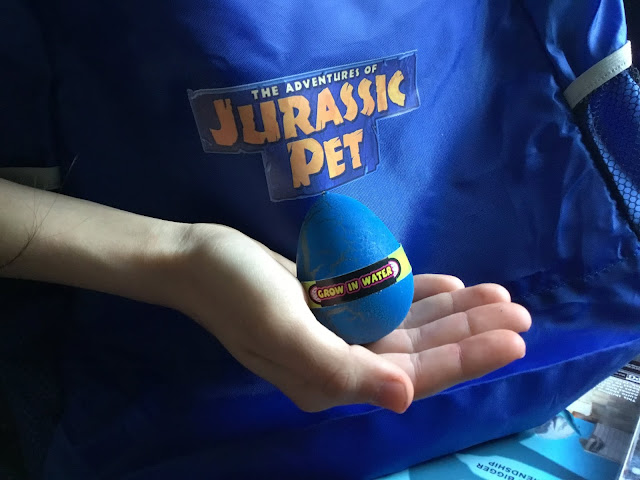