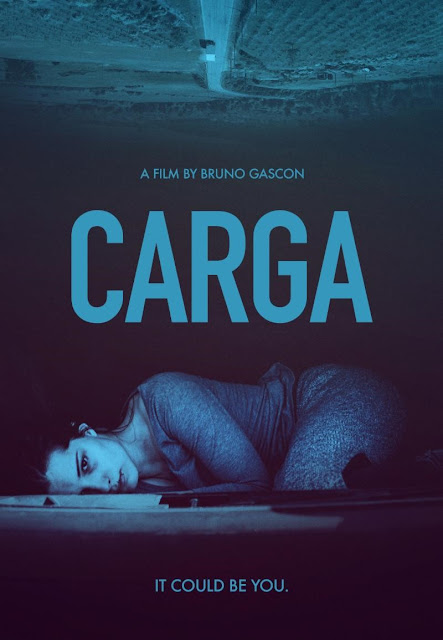 A truck driver tormented by the load he carries. A road that should lead to a better life. Human beings treated as goods for selling... In a capitalist society where each person focuses on their own needs, it is easy to forget about those around us and only do what is best for each of us. This is the story of Viktoriya, a young woman who throws everything away in search of a better life. From the moment the doors of the truck where she travels open up, Viktoriya is confronted with the cruel reality of human trafficking. Can she escape her fate?

Knowing this is very real in our world, made the movie much harder to watch.

We follow two main characters Viktoriya a woman trying to escape her life only to be forced into a human trafficking situation and Antonio the driver with a conscious who is using his truck to transport people for the mafia to help take care of his wife, daughter and granddaughter.

The dark shadows used in the film transmit the vile organizations that support and exhibit selling human beings. It all felt all too real and harsh. Selling souls is a obviously a lucrative business run by power and money hungry degenerates who will hopefully burn in hell yet the film has you seeing the monsters as struggling souls as well. Everyone is trying to make their way through this sometimes difficult life. . I am not a huge fan of subtitles but there is very little dialogue in the movie so it didn't take away from the acting which was stupendous. My heart hurt after watching.