Alex and Me Review & #Giveaway #AlexandMe

Warner Bros. Home Entertainment provided me with a free copy of the Blu-ray I reviewed in this Blog Post. The opinions I share are my own.”
Each household is only eligible to win Alex & Me Blu-ray via blog reviews and giveaways. Only one entrant per mailing address per giveaway. If you have won the same prize on another blog, you will not be eligible to win it again. Winner is subject to eligibility verification. 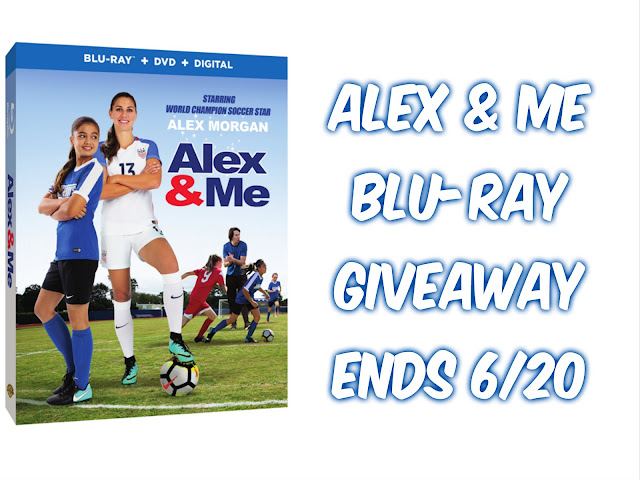 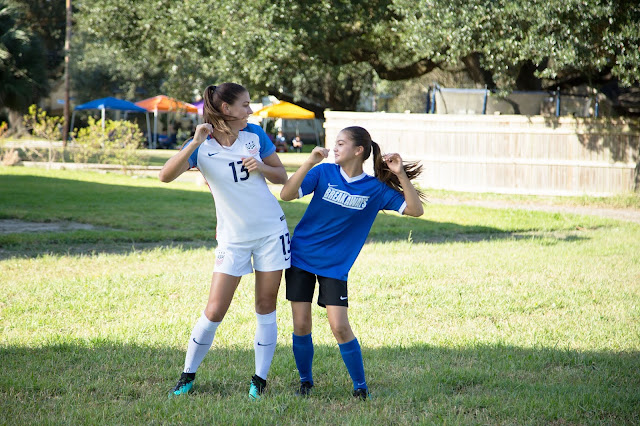 Teenager Reagan Willis (Agudong) has one dream – to play soccer like her hero, Alex Morgan. Her bedroom is a shrine to all things Alex, including a life-size poster of the Olympic gold medalist. Yet in the Willis house, Reagan lives in the shadow of her prep football superstar brother, Logan. When Reagan fails to make the cut of the premiere local soccer club team and is humiliated by her rival Claire, she’s certain her ship has sailed. But after accidentally hitting her head, Reagan’s poster of Alex Morgan suddenly comes to life and everything changes!

An Olympic Gold Medalist and FIFA Women’s World Cup champion with a penchant for goal scoring, Alex Morgan is one of the top soccer players on the planet, currently playing forward for the United States Women's National Team and the Orlando Pride of the National Women's Soccer League. Away from the field, Morgan is also an accomplished author of “The Kicks” series, a collection of chapter books filled with wonderful messages of empowerment for young girls. The first The Kicks book, “Saving the Team,” debuted at No. 7 on the New York Times Best Seller list. 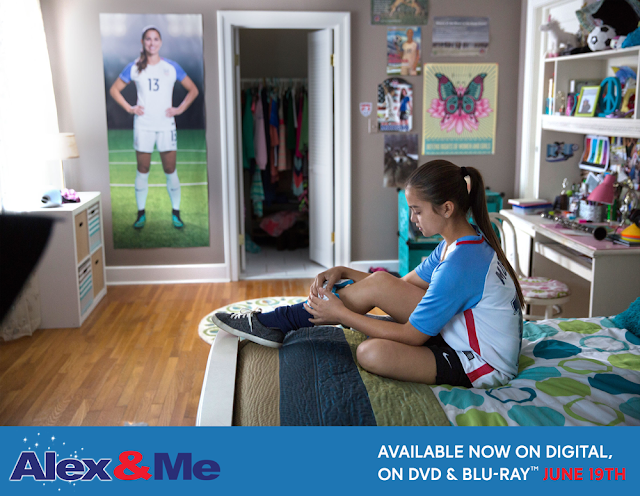 This is a cute, feel good movie that isn't cheesy. My kids loved it as much as I did. Reagen has a lot of things going for her. She is obviously a good soccer player who has the skills and the desire to make it big but when she doesn't make the team coupled with her brother getting a football scholarship and what she believes to be all of her parents attention she decides to take down all her Alex Morgan stuff. When a poster won't come off the wall she climbs on a chair and falls off hitting her head. It is Alex who is talking to her when she comes to.

She is the only one who can see Alex and is excited when Alex tells her she will help her train. Thanks to her new "friend" she gets joins a team called The Breakaways and with her skills and Alex talking in her ear takes them to a whole new level with the help of her dad and her idol.
I loved how Dad comes forward to help The Breakaways form a solid team even though he was thrust into the role of coach. I also loved how Reagen's brother uses his good fortunate to thank his sister for helping him. Perception is everything and family communication is important. This was very realistic especially in the fact that mom and dad seem oblivious to Reagen's issues because she wasn't really communicating how much she needed more.   Families don't always talk open enough so that everyone is getting what they need.

Some of my favorite scenes were when Reagen was talking or hanging with Alex but no one else saw her. Fun and perfectly kept to a minimum so as not to let Reagen play the fool.

Guys, check out this fun APP!


Alex & Me Soccer Emoji Creator Blog App:
• Create your own Soccer Emoji and share it with the world! Pick your player's look, signature move, and fun tagline.

• Setting goals is key to success, and the sooner your kids learn that the better they'll be prepared for life. Download the Family Goal Chart and have your kids set and mark off goals.

To Enter The Giveaway fill out this form before 6/20