This weekend my daughter's classmate invited the entire grade to his house for an End Of School Year Splash. They live right on a lake and were told to bring sunblock, towels, a swimsuit, water shoes if they had them and a life vest if they had one. When we got there one of her besties was arriving at the same time which now that I have seen it should always happen. When friends arrive to a party together they don't feel uncomfortable when they first get there because they have each other. Mental note to set this up for my daughter for the next party.

The kids had a blast. Even though it was a drop off, I hung out. I am not a drop of kind of parent unless I know you and really trust you. I can name three people like that right now where my kids would be dropped off without a second thought. Three is better than none.

The parents also set up a slip and slide. Which I hear was very cold. 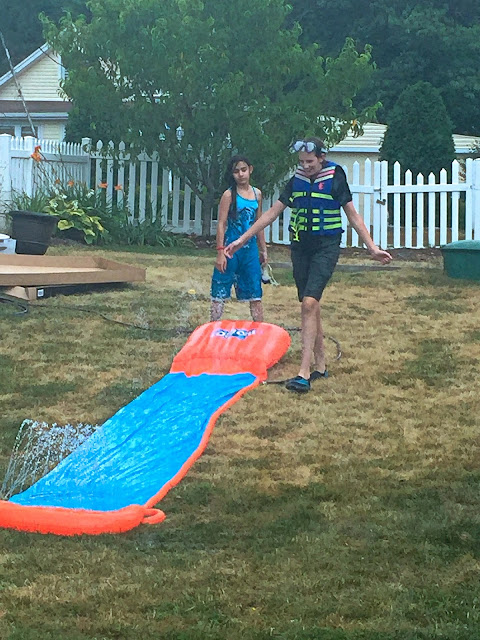 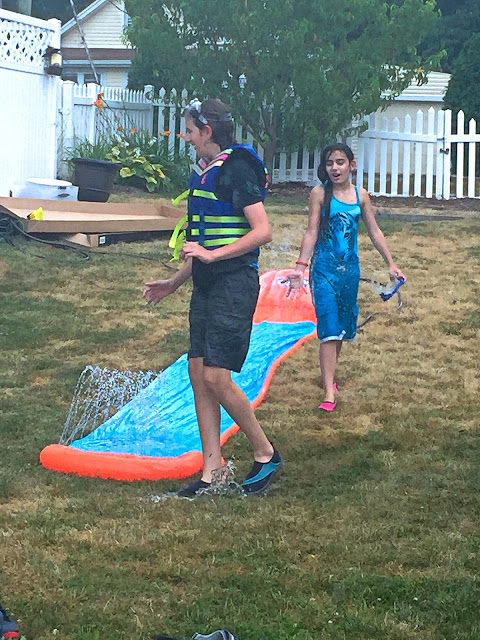 Then before I knew it there was talk of  a boat ride. 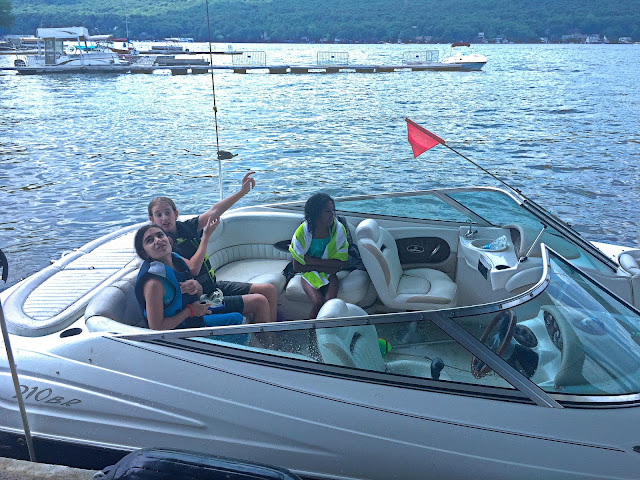 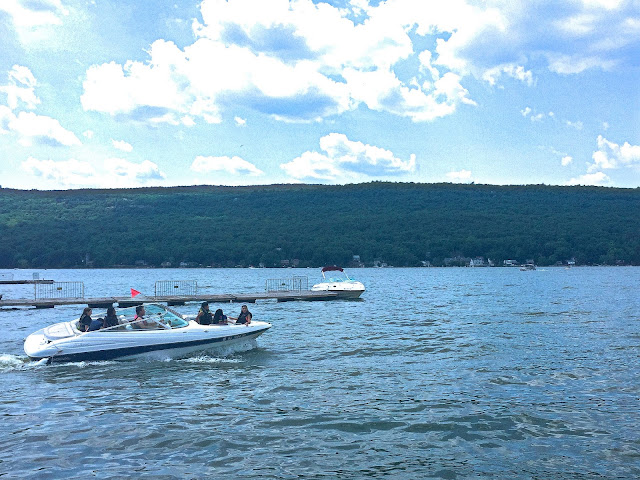 While the girls were gone I busied myself with watching the boys who were jumping from a 25 foot deck into the lake. UGH... 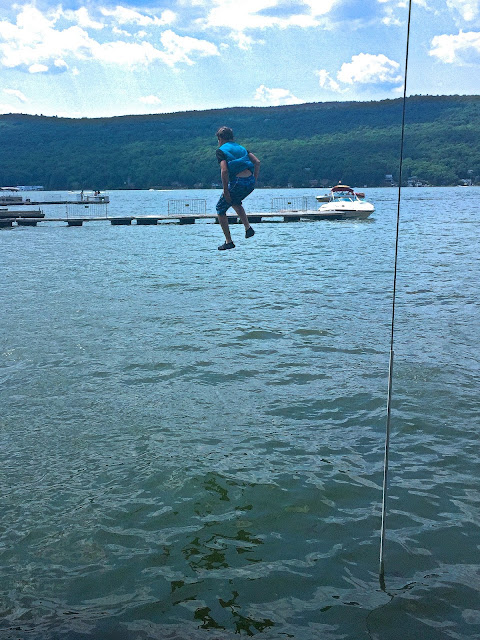 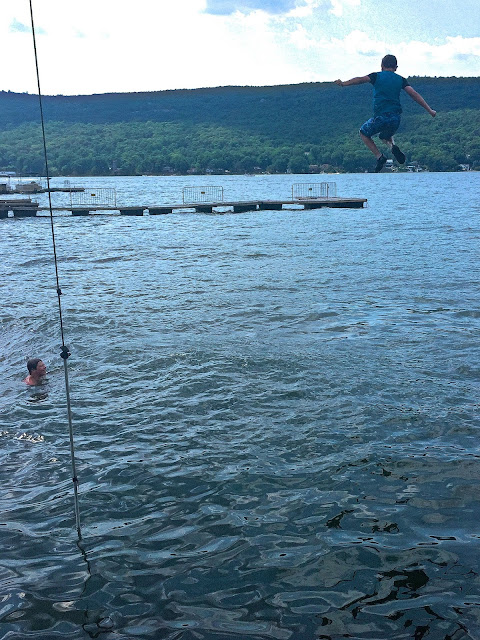 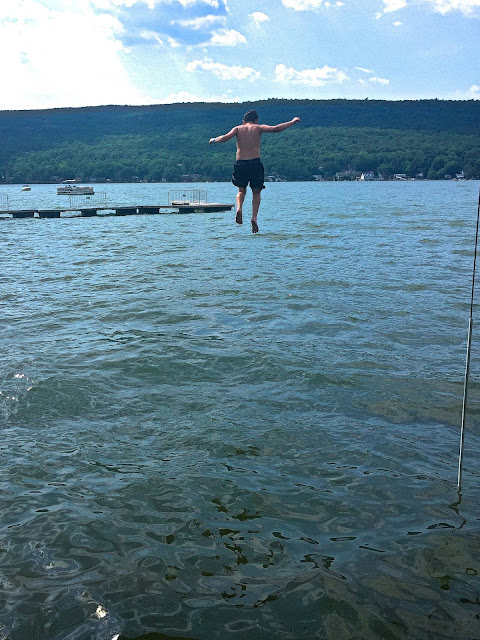 It was a great day and while I was worried about my daughter who drove away in a boat with a bunch of other 5th grade girls and a stranger she informed me on her return she was having the best time.

Still going to hover but learning that my little girl is totally growing up and doesn't need me as much.