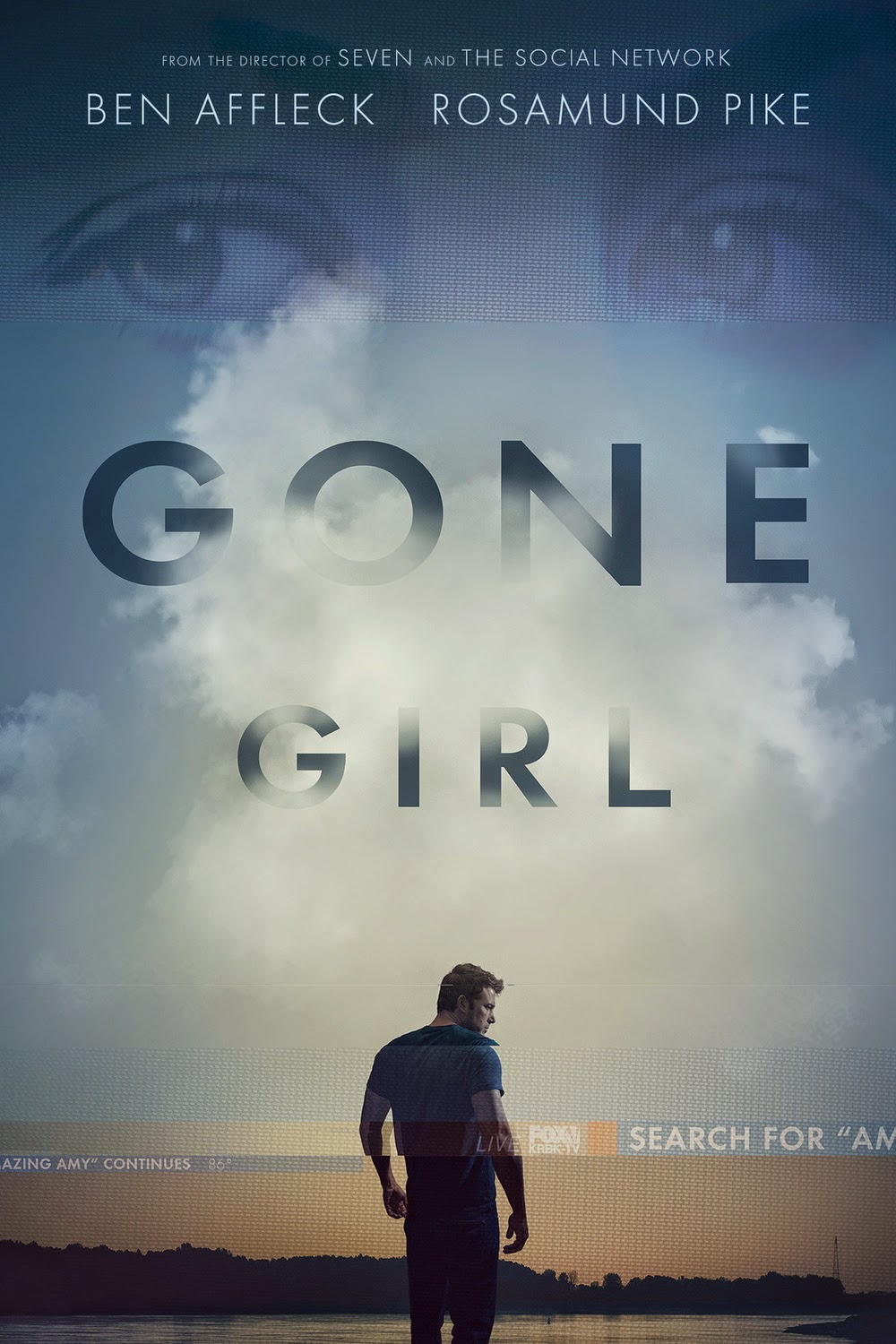 
Based on the novel by Gillian Flynn. The movie is based on Nick Dunne (Ben Affleck) and his wife, Amy (Rosamund Pike). On their 5th anniversary Amy goes missing and Nick is suddenly under investigation. Everything points to Nick offing his wife and even his twin sister is wondering if it is possible.

I hadn't read the book but watched with someone who had and felt that the book did a better job of showing how much of a momma's boy Nick was and how his personality and the personality of his wife led to the end result of the movie which I don't want to spoil for you.

As someone who didn't read the book and basically had no idea what to expect, I felt that the movie was a drama with twists and turns that made it interesting enough although I had figured it out within the first 45 minutes how this 2.6 hour movie would end.  I love that the movie flips back and forth showing both perspectives because we all know there are three sides to every story. His side, her side and the truth!

Rosamund plays a great pyscho female and there were numerous times I was cringing over her actions.  I love how she doted all her I's and crossed all her T's and was excited as her story started to blow up in her face. She is one twisted chick!

FYI Even though there was a lot of hype about Ben's full frontal, I missed it however, I will never be able to unsee Neil Patrick Harris' full frontal.

I seriously need to read the book Gone Girl now.

The movie will release January 13th! You can pre-order now

Disclaimer: I received a complimentary streaming of this movie for my honest opinion from 20th Century Fox. No monetary compensation was offered.