October 18 -  I  got to review a fun Halloween Costume to wear to my school Halloween Parade. Goddess was nice enough to model it for me. I couldn't get over how funny she looked. 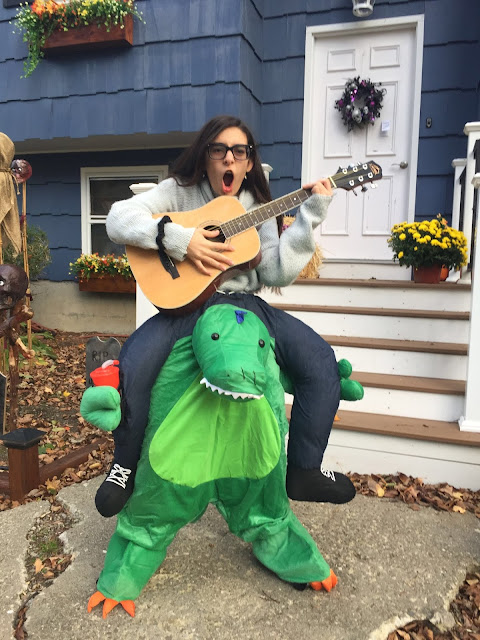 October 19 - My girl and her friends at my town's Halloween Bash. Every year the town does a whole thing with Merchant Trick Or Treating, a parade, a photo game and then a Haunted Terror Trail. We went to the trail and waited on the long line and when we got up Skye's friends tried to get her to go in but she refused instead hanging with me. I really wanted to go but she has been traumatized since the first time she went maybe about 8 years ago. It was fun anyway and these kids are pretty great.  This photo was after the hayride which was basically a few loops around a baseball field but it was fun anyway. 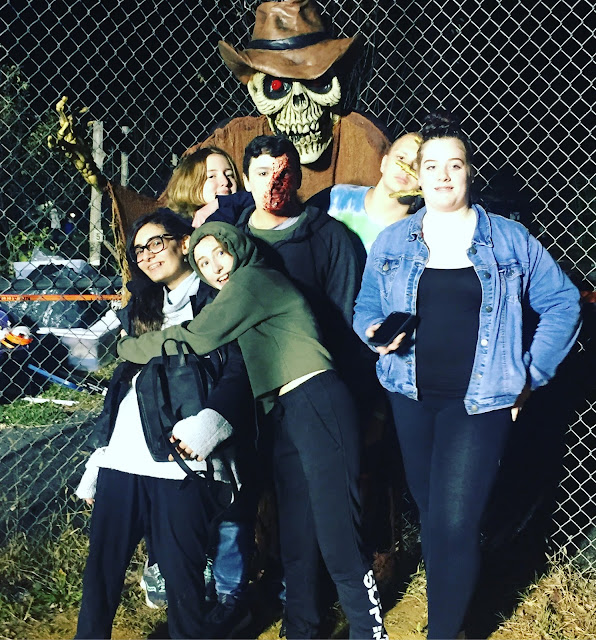 October 20 - I organized a farm outing for Goddess and some of her friends. It was so hard to choose one photo from this day. Even though it was raining we had a great time. I couldn't get a photo with everyone who went because they all kept breaking off into smaller groups depending on what everyone wanted to do. I find these kids all so funny. They are great friends who think about each other and make me laugh so hard. 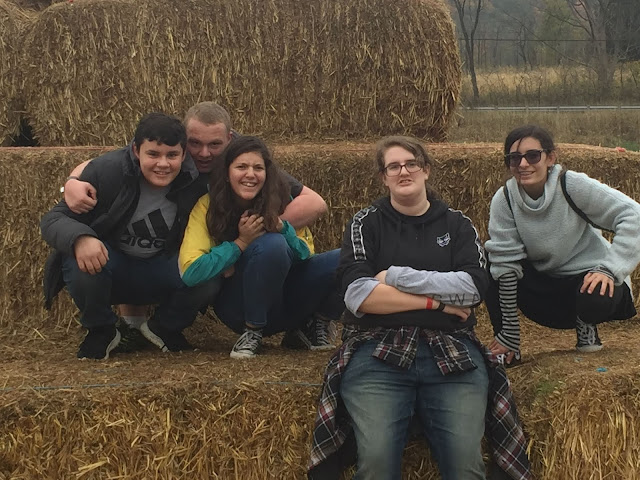 October 21 - LOL the only picture I took for the 21st was this photo of a little boy named Sam in my class. He was trying to draw letters in the dirt at recess. 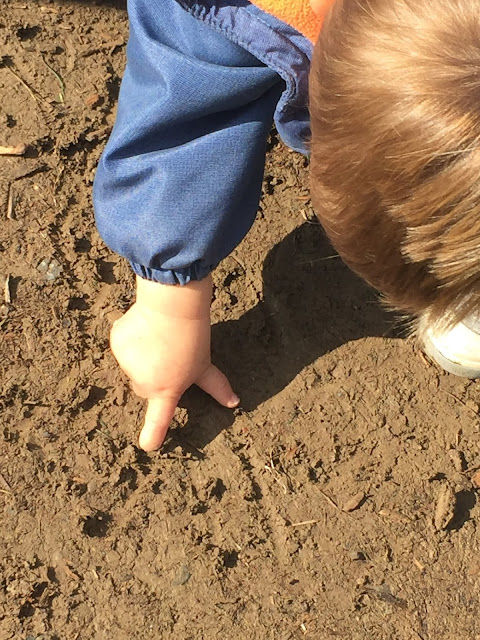 October 22 - Ahhhhh yeah so this pic is it. The only one of the day and it was while waiting for my kids outside their school. I noticed all the screen savers through the window and had to get a photo. Yeah I know I am friggin lame. 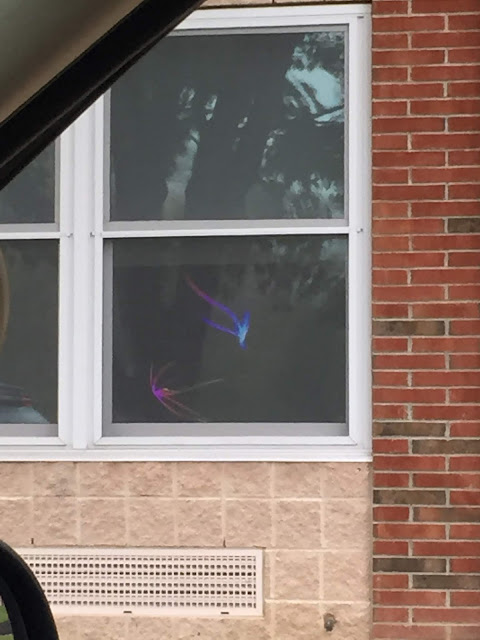 October 23 - Soooo I am kinda proud of this...I saved a Praying Mantis from getting toddler trampled at the playground. I picked it up and walked over to a tree right outside the play area. It was very pinchy if that is a word. I never walked so fast in my life.  I have been looking for it's egg case for weeks but never found it. Found a few last year. I guess they come back to the same place to lay but I don't know really. Maybe it is a coincidence or something. Trying to act way smarter than I really am. 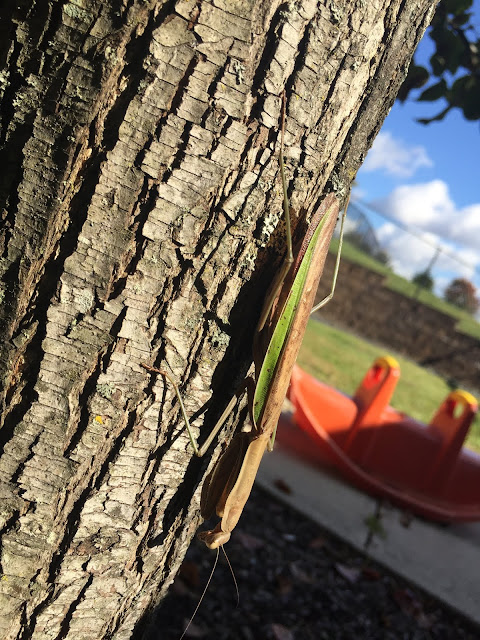 October 24 - A selfie is important. I need to take them or there are no photos of you. Your kids will only have the photos one day so take pictures whenever you can. I was waiting for the kids to come out of school so grabbed a pic of me! 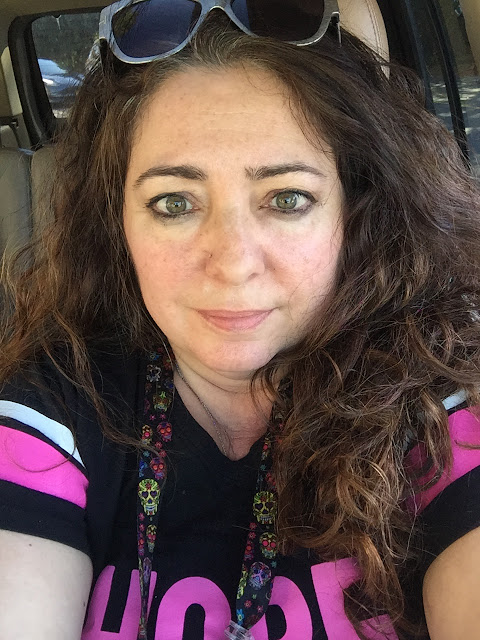 October 25 - Not a great pic but my girl and I did a Mommy and Me Baby Sitting gig. The baby was so sweet and we missed him the next day. The couple had animals too which was really nice for us as well. We loved spending time with them. 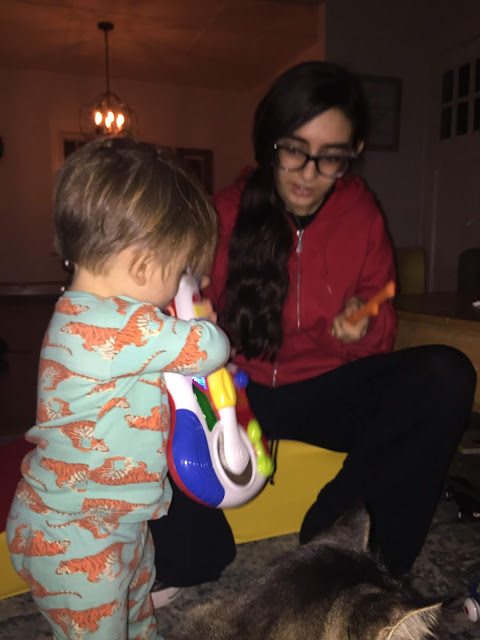 October 26 - Cat Sitting for Phoebe and her other cat friends. She is a model fluff. I mean look at that face. 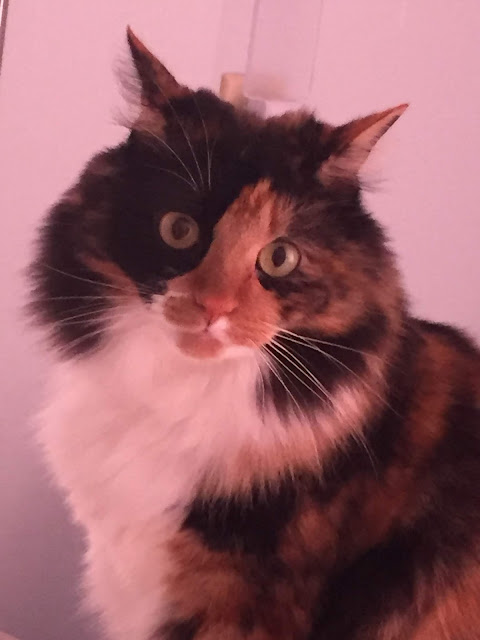