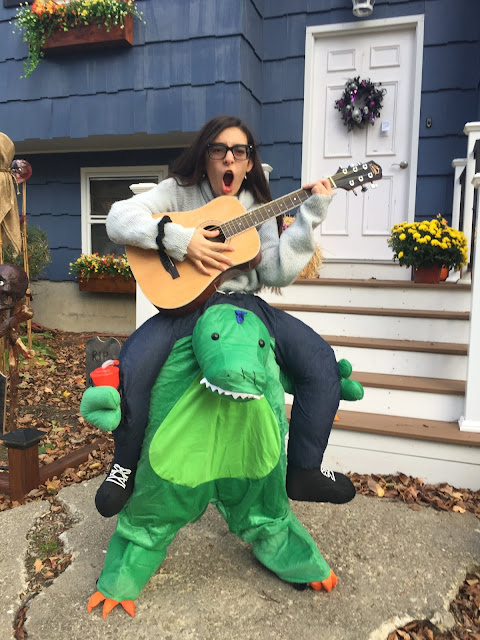 I never laughed as hard over my kids in a Halloween costume as I did with the Life Me Walking Dinosaur from TVStoreOnline. My daughter had a blast wearing this costume for trick or treating in the village. I had got it to wear for my preschool classes' Halloween party but in our town the kids get to Trick Or Treat at the Merchants up and down main street after a parade and before the Terror Trail evening fun. She had a blast. It is so different from her normal Halloween costume that I didn't think she would even be interested but since it was so cold that night she said it was perfect. 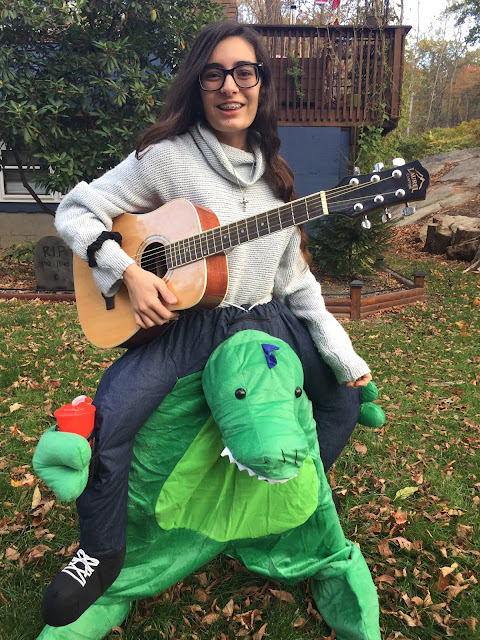 TVStoreOnline has a huge collection of costumes. There are over 1000 officially licensed TV and movie costumes as well as T-Shirts, PJs, Toys and more. They also have costumes for men, woman, children, couple costumes, and group costumes. 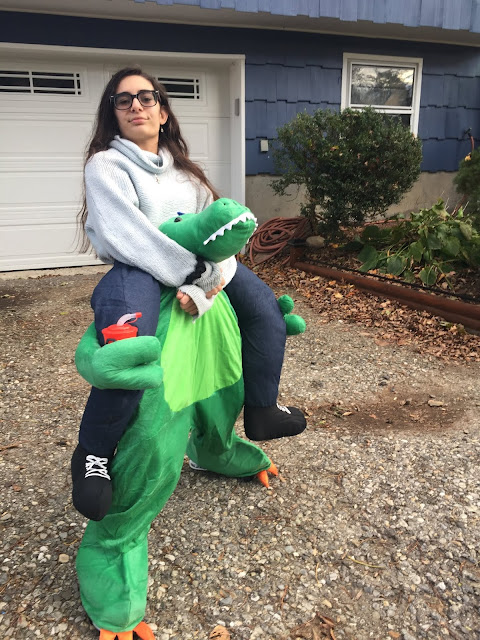 It was so hard to pick just one costume out.  I chose Lift Me Walking Carrying Adult Costume because this year my class is into dinosaurs and I thought they would love this. Beside the dinosaur they had a monkey, unicorn, teddy bear and more. They didn't stop at Halloween though. They even had an elf, reindeer, and leprechaun. 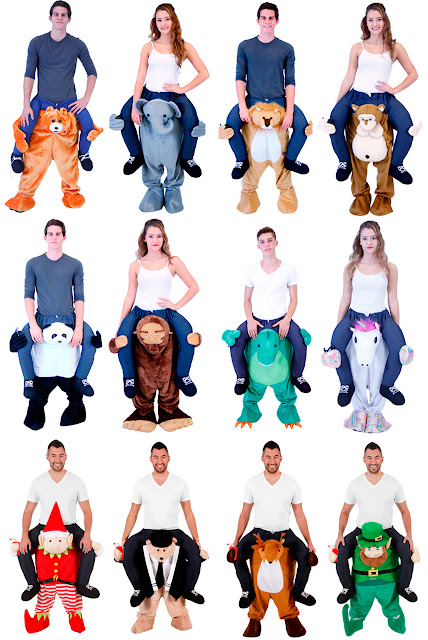 What I loved most about it beside how hysterical it is was that it was warm. If it is hot, T-shirt and shorts inside the costume and if cold, coat and jeans and leg warmers. 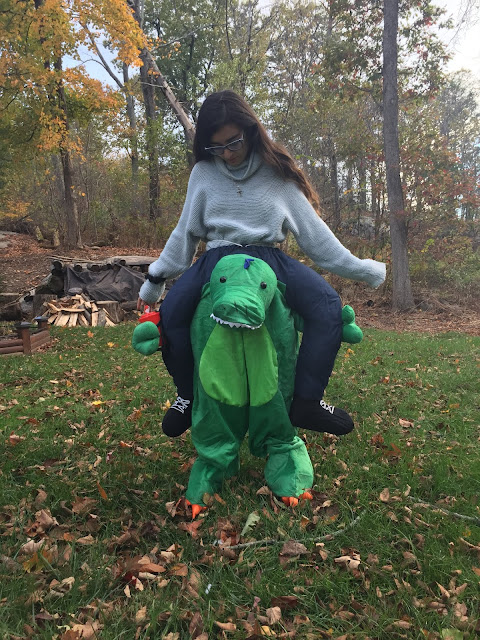 The costume was so easy to put on and there are bands that fit around your feet to keep the legs down then slip your feet in your shoes. 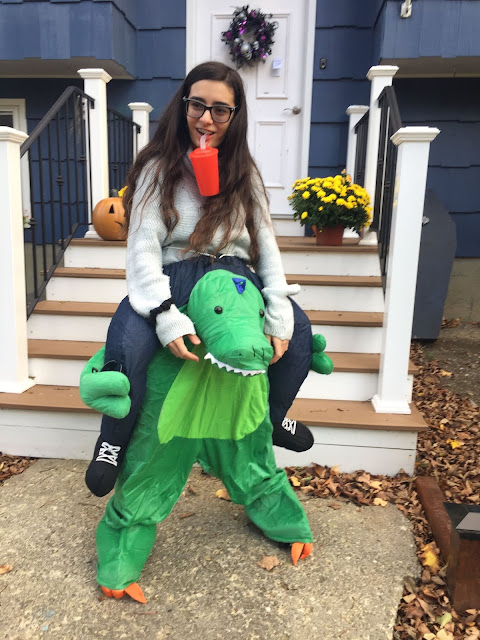 There is even a drink holder for whatever you want to put in it. No one will know what you got going on.

Check Out Our Fun Video Here:


They have Star Wars, Harry Potter, The Office, Nintendo Characters,  Comic Book characters and more. From the popular Ghost Busters, Frozen and SNL Spartan Cheerleaders to the more obscure like Kelly Kopowski's Bayside Sweatshirt, and the Hangover's Alan complete with a baby doll in a Baby Bjorn.

While there I noticed they had so many cool Christmas gift ideas too. I am dying to get my son a shirt that says "Merry Christmas You Filthy Animal." Home Alone is his favorite Christmas movie. My daughter loves Adventure Time and they have really cool leggings. She is going to love them.

Disclaimer: I received a complimentary product for my honest opinion. No monetary compensation was offered. All opinions are my own.