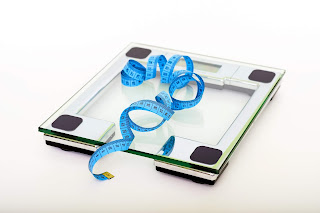 Treatment, however, is not just for those who are the worst off. It is for this reason why it is so important that you know what symptoms to look out for:

There are a variety of eating disorders, but to put it plainly, they can often be subdivided into three main categories:

The most infamous type of restrictive disorder is anorexia, but it doesn’t end there. Those who are compulsive about what they eat, how much they eat and more will all fall under this category.

Bulimia is the most common type of purging disorder. It doesn’t matter if a large amount of food was consumed or a small meal.

Binge eating is a very common eating disorder that does not result in purging. That being said, this does not automatically mean that someone with a binging disorder is going to be overweight. It depends on the type of food, but regardless, the compulsion is an issue that must be addressed.

It is important to note that there are variations of these three categories. For example, you might have someone suffering from anorexia and not be stick thin. Someone might binge and yet not be overweight. It is the underlying behavior and damage caused to their health that is the issue, not the size of their form.

Top Six Symptoms to Watch Out For

One key sign is a fixation on their weight at any stage. The sufferer could be thinner than anyone they know and still find flaws.

Being in a diet does not automatically mean that the person has an eating disorder, but if they are prolonged and worryingly restrictive (i.e., they don’t provide the health and nutrition their body needs), then it is time to be worried and seek out help.

Another key sign that there is something wrong is that the person in question refuses to eat in front of others. This is usually because they feel ashamed of what they are doing to themselves. This could be not eating, binge eating, or purging after eating.

Extreme mood swings are another key sign of an eating disorder when combined with others in this list. Low blood sugar, not eating enough, or feeling angry and frustrated and ashamed of their eating habits can cause victims to lash out.

If your loved one (or yourself) has reached the point where physical symptoms are showing it is time to seek out professional in-patient treatment. Anorexia, in particular, is very deadly without treatment, and those suffering from anorexia and are severely underweight need to check in to Eden Treatment immediately.

It is important to remember is that many eating disorders, particularly binging or purging disorders, are also accompanied by mood disorders like depression. Keep an eye out for these more widespread illnesses on top of the aforementioned eating disorder signs.