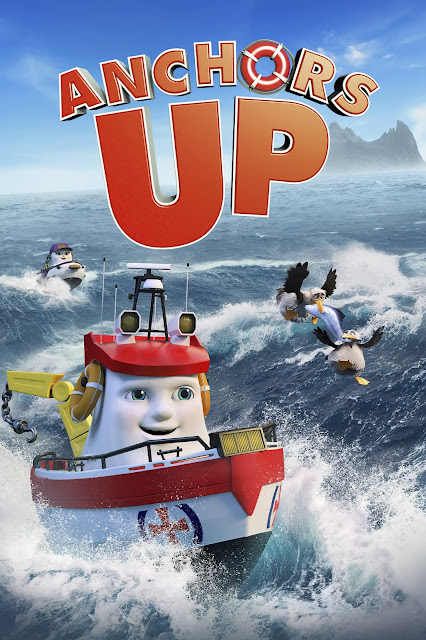 After a daring rescue mission in stormy weather, Elias, a brave young rescue boat, is recruited by a larger harbor. Once he gets to Big Harbor to begin his new job, however, he discovers that bigger is not always better. Originated almost twenty years ago the stories about the little rescue boat have been produced in 91 TV episodes, and audiences all over the world have been following Elias bouncing in and out of waves, in and out of danger and in and out of the most exciting adventures. 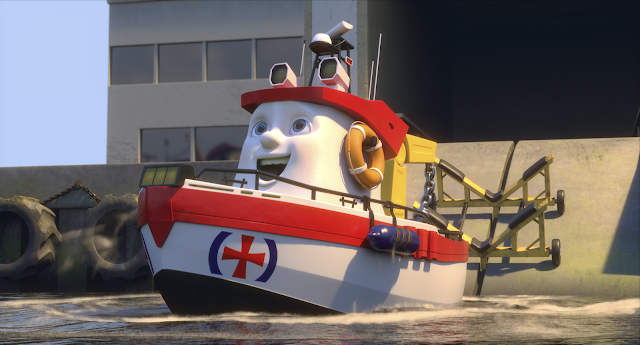 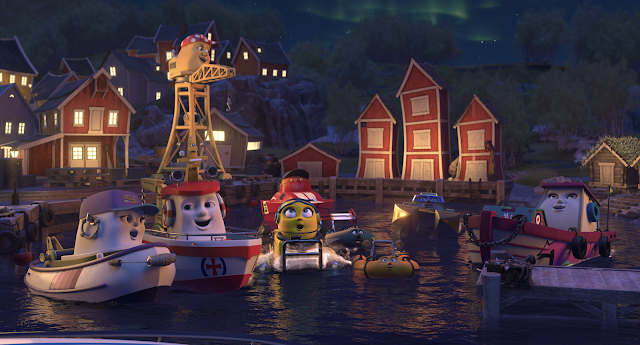 Elias, a tiny rescue boat in Cozy Cove Harbor, becomes a hero after saving a boat from a neighboring harbor (Big Harbor) during a storm. Afterward, he is offered a job as a rescue boat for Big Harbor and things drastically change in his life.

Turning his back on his friends, Elias submerges himself into the job, along with befriending the people of Big Harbor, including a female boat and her friends.

One night, Elias' new friends are being disruptive, he gets caught hanging out with them and is warned to stay away from them.

Elias finds a group is mining an illegal precious metal that emits electromagnetic waves that effect the weather.

He knows that he can't prove that they are guilty on his own, and he needs the help of his old friends.

Eventually, he learns that Cozy Cove is where he belongs.

What I love most about this is that the animation is incredible; the realistic water, the colorful environment, the textures all make for a visually stunning movie. Kids who love "Jay Jay The Jet Plane," and "Thomas The Train" will love this movie. It is filled with suspense, danger, humor and heart.