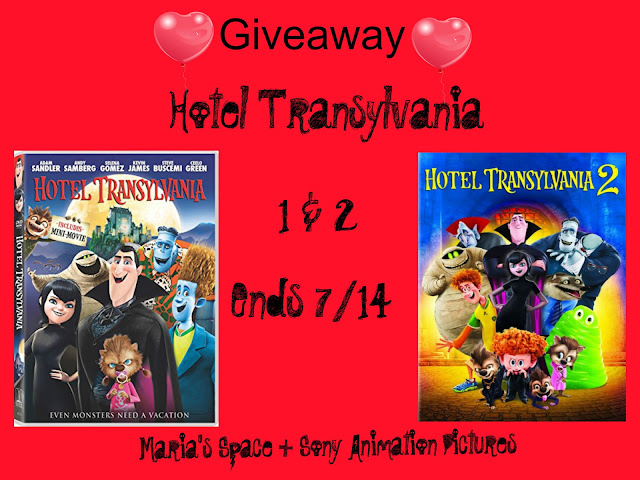 Attention Mummies, Daddies, and little monsters of all kind:

School’s out, summer is here so grab your monster sized popcorn and get ready for the ultimate family night in because this is the double feature you have been waiting for. HOTEL TRANSYLVANIA and HOTEL TRANSYLVANIA  2 on DVD from Sony Pictures Home Entertainment. 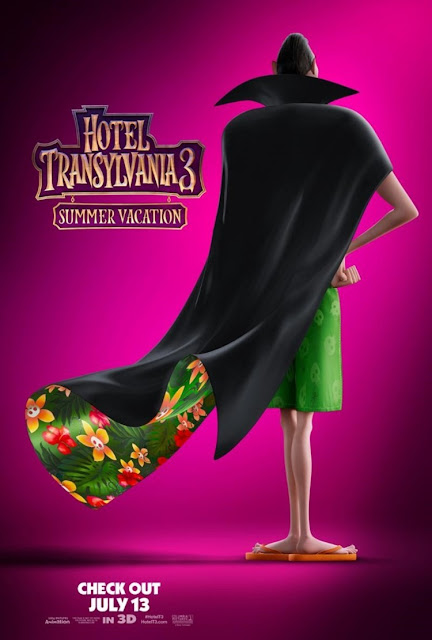 I cannot wait to see Hotel Transylvania 3. My daughter and I loved these movies. It was the first one I took her to see at the drive-in and it holds a special place in our hearts on top of being hysterical. "Your voice is so annoying" is my go-to voice when someone is bothering us and she finds it hysterical when I do my best Fran Drescher (believe me it is not that good). We love Drac, Mavi and the Gang.

About HOTEL TRANSYLVANIA:
Welcome to Hotel Transylvania, Dracula’s lavish five-stake resort, where monsters and their families can live it up and no humans are allowed. One special weekend, Dracula (Adam Sandler) has invited all his best friends – Frankenstein and his wife, the Mummy, the Invisible Man, the Werewolf family, and more – to celebrate his beloved daughter Mavis’s (Selena Gomez) 118th birthday. For Dracula, catering to all of these legendary monsters is no problem, but the party really starts when one ordinary guy stumbles into the hotel and changes everything.

HOTEL TRANSYLVANIA has a running time of 91 minutes and is rated PG for some rude humor, action and scary images.

About HOTEL TRANSYLVANIA 2:
In this monster comedy adventure, everything seems to be changing for the better at Hotel Transylvania! However, Drac is worried that his adorable half-human, half-vampire grandson, Dennis, isn’t showing signs of being a vampire. So while Mavis is on vacation, things get batty as Drac enlists his monster friends Frank, Murray, Wayne and Griffin to put Dennis through a “monster-in-training” boot camp!

HOTEL TRANSYLVANIA 2 has a running time of 89 minutes and is rated PG for some scary images, action and rude humor.

About HOTEL TRANSYLVANIA 3: SUMMER VACATION:
In Sony Pictures Animation's Hotel Transylvania 3: Summer Vacation, join our favorite monster family as they embark on a vacation on a luxury monster cruise ship so Drac can take a summer vacation from providing everyone else's vacation at the hotel.   It's smooth sailing for Drac's Pack as the monsters indulge in all of the shipboard fun the cruise has to offer, from monster volleyball to exotic excursions, and catching up on their moon tans. But the dream vacation takes a dangerous turn when Mavis realizes Drac has fallen for the human captain of the ship, Ericka, who holds a mysterious secret that threatens them all.

Enter the Giveaway here before 7/20

Disclaimer: I received no monetary or product compensation to host this giveaway. Sony Animation will be full-fulling the prize at the end of the giveaway.