The Longest Ride - A Movie Review 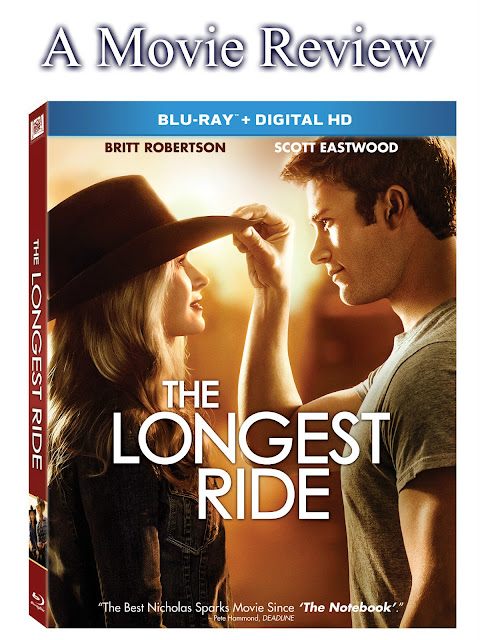 Synopsis
What would you do for the love of your life? Twentieth Century Fox Home Entertainment invites you to grab the bull by the horns in THE LONGEST RIDE, which releases on Blu-ray™ and DVD July 14.  Up-and-coming stars Britt Robertson and Scott Eastwood will tug at your heartstrings as they bring Nicholas Sparks’ beloved novel to life.


Based on the bestselling novel by master storyteller Sparks, THE LONGEST RIDE centers on the star-crossed love affair between Luke, a former champion bull rider looking to make a comeback, and Sophia, a college student who is about to embark upon her dream job in New York City’s art world.  As conflicting paths and ideals test their relationship, Sophia and Luke make an unexpected connection with Ira, whose memories of his own decades-long romance with his beloved wife deeply inspire the young couple.  Spanning generations and two intertwining love stories, THE LONGEST RIDE explores the challenges and infinite rewards of enduring love.

I watched this movie twice over the past week. It is a beautiful love story with sacrifice, challenges, differences, conflict, drama, diversity, heartbreak, and a great cast.

The two romances in this Nicholas Sparks adaptation entwine beautifully.  While our female leads love art, our male leads are on a physical path. One in the military who comes back with an injury and one is a bull rider trying to keep his family's ranch and be the best in the Country.

Our characters paths meet after a car accident. Ira is rescued by Luke (Clint Eastwood's very handsome son) and Sophia hears his request to save the box. The box is a collection of letters he wrote to his wife Ruth throughout their relationship. We learn of Ira and Ruth's storyline through the letters that Sophia reads him while he recuperates.


There are so many reasons to love this movie:

1 - Alan Alda! Need I say more? No! OK but I will anyway. Alan has a way of pulling you in. He owns you from the first moment you speak. There is still a sparkle in his eye and if you were a fan of Mash, this is still Hawkeye. You hear his voice in the moderation of his storyline and you long for a Mash marathon.

2 - Clint Eastwood's son is ruggedly handsome and has the same smile as his dad. He is perfect as our lead cowboy and sexy male lead.

3 - Ruth played brilliantly by Spanish turned American actress Oona Chaplin (granddaughter of Charlie) She was perfect as the strong, big hearted, cultured, loving Ruth. You can see why Ira was so inspired by her. She is larger than life even when playing a school teacher who loves her students.

4 - The ending! LOVE is sacrifice and I wish we could all love with our whole hearts the way Nicholas Sparks characters do. 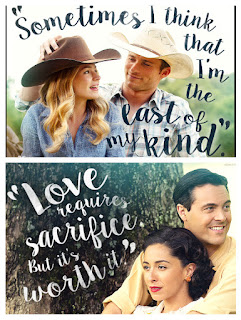 Ira:  "She had a great eye for talent, but I only had eyes for her."

"I just want you to be happy, even if that 'happy' doesn't include me anymore."

Disclaimer: I received a complimentary copy as a Fox Home Entertainment Insider.