What's a sleepover without a movie and we had a great movie on deck plus some goodies from the Fox Home Entertainment Team! 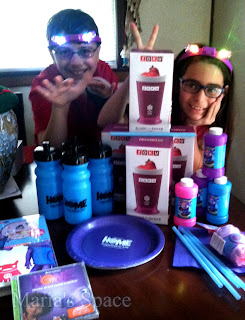 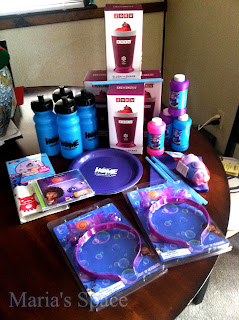 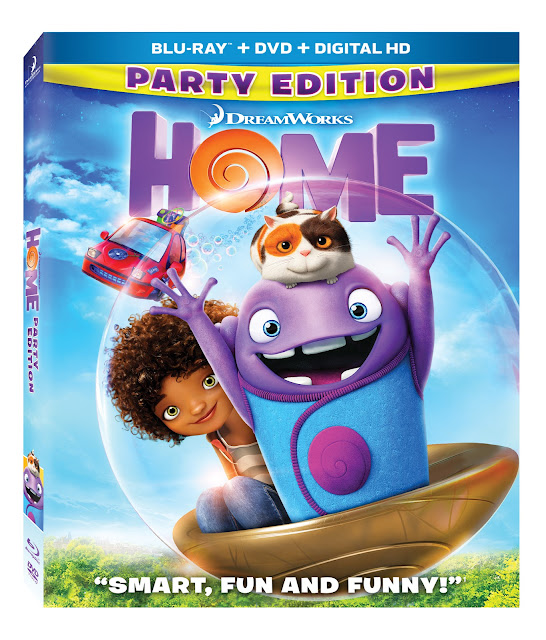 Home was about an alien named Oh and Tucci or Tip as her friends call her and Pig, Tucci's pet cat.  Oh who got his name from his friends (NOT!) and the other Boovs are on the run from the Gorg who destroys planets.

While searching for a place to call home the Boovs (Oh and the other aliens) decide Earth will be their new home. They use their big vacuum thingy and suck people from earth up and deposit them in Australia. Everyone that is except Tucci who is upset with the Boovs because they took away her mother.  Oh is also alone and now a fugitive after accidentally alerting the Gorg as to his people's new location. 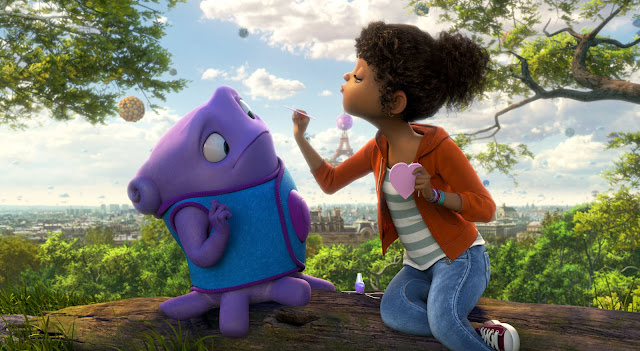 After Oh promises to help Tip find her mother he eventually saves his people from the misunderstood Gorg all is well in the world and Oh finally gets his party! 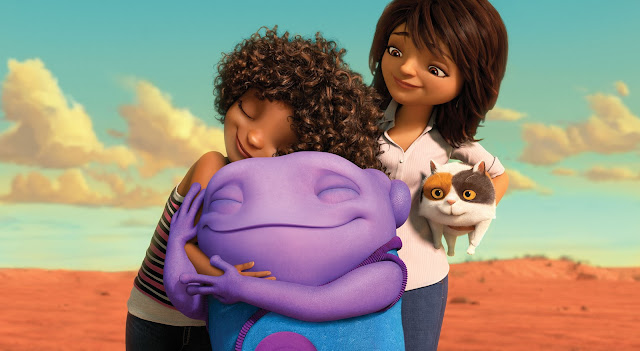 It was an adorable movie that Me, Goddess, Handsome and our sleepover friend loved! The animation is great. The characters are adorable and lovable and while I didn't love the soundtrack it is definitely something kids will appreciate.


My two and Goddess' friend (see her tiny feet past Goddess face? She said she doesn't do pics Grrrr) had a tent under the pool table where the watched the movie for a second time. 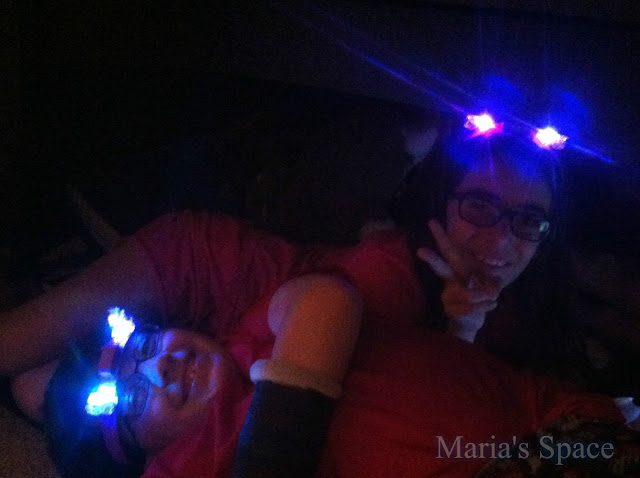 
Disclaimer: I received complimentary products as a Fox Home Insider for my honest opinion. No monetary compensation was offered or received.