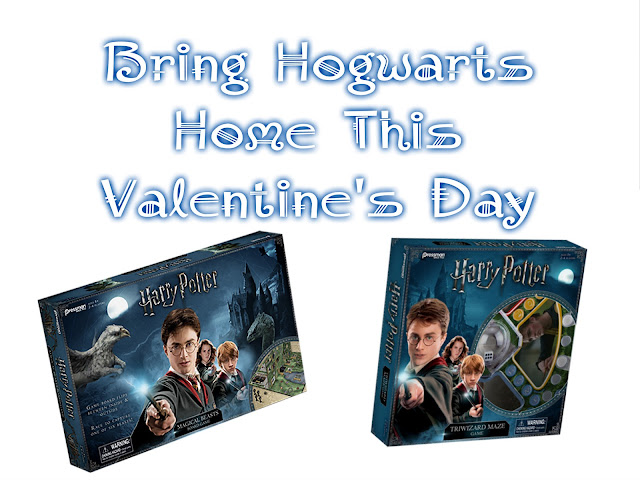 I know Valentine's is all about the chocolate but maybe you are know a Harry Potter fan that would totally freak out over these two new games by from Pressman.

Goddess and I had a great time embracing our inner Gryffindor in the Harry Potter Magical Beast Game and loved the Pop and Race Harry Potter Tri-Wizard Maze Tournament.


Magical beasts have broken loose at HOGWARTS! It’s up to your favorite wizards to capture them in the Harry Potter Magical Beasts Game. Play as Harry Potter™, Hermione Granger™, Ron Weasley™ or Ginny Weasley™ as you collect clues and track down creatures. The dynamic swinging game board adds excitement as you travel in and out of HOGWARTS. The first player to collect a magical beast wins. For 2 to 4 players, ages 8 and up.

Muggles and wizards alike will be enchanted by the Harry Potter Tri-Wizard Maze Tournament! It features fast-action Pop ‘n’ Race play as you race around the Tri-Wizard Maze competing to capture the Tri-Wizard Cup! Beware - there are traps along the way that may hurt or help your journey throughout the maze. For 2 to 4 players, ages 5 and up.

Wizards and muggles both agree - these games are perfect for game night!

Goddess and I made two videos and loaded them onto You Tube. Unfortunately, when I went there just now to grab the codes I only found the first one. The other name is there but next to it, it says Deleted Video. I am not a You Tube expert but I know that I saw the loaded message on my iPad. The next day I ended up deleting old videos and photos and since I knew I had used them in my You Tube videos I deleted the snippets of video that made up both You Tube videos. I am never on top of things like that but for some reason since I was deleting, I deleted. UGH! I went to see if I saved them in my Drop Box folder but I didn't. There was so much so to move over and I guess I had already deleted before I moved others over. I just checked my iCloud and there is a message telling me it is full so they are not there. UGH..So angry. The video was so fun. 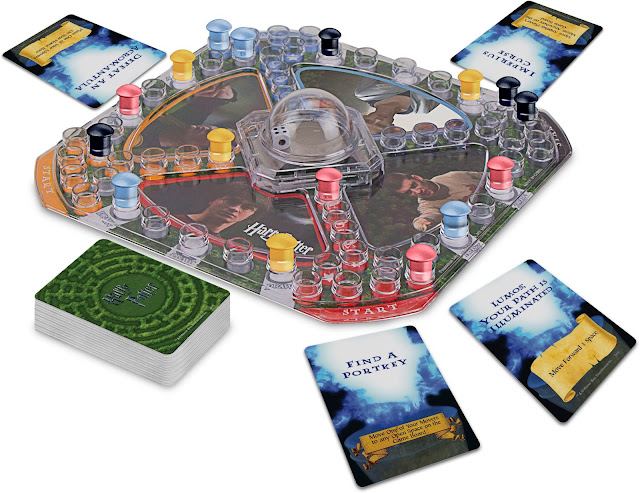 My daughter and I loved both games. The Harry Potter Tri-Wizard Maze Tournament was a lot of fun. We played it every day this week. It is like all other Pop and Race games. All your plays are on your side of the board. You Pop a die and move the number rolled. The first person to get back to home is the winner. 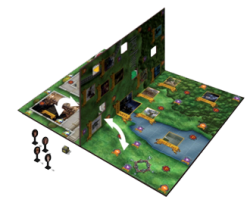 The Harry Potter Magical Beasts Game took us a few minutes and a few instructional videos to figure out. I think we were thinking it was harder than it seemed.  You roll a die and move the number of spaces on the die. Your goal is to collect clues by landing on special spaces on the board so that you can get cards and collect magical creatures.  This game takes skill and is not just  roll of the die. Goddess kicked my butt every time.

We played it a few times this week and Goddess hopes to bring it to a friends house this weekend because the mom of the friend is dying to play. I can't wait to play with more people. It was really fun.