Understanding The 4 Basics Of Money Can Enrich Your Life


Many young people have the misconception that as they grow older and advance in their careers they will have more disposable income, giving them the freedom to do what they like and buy what they want. 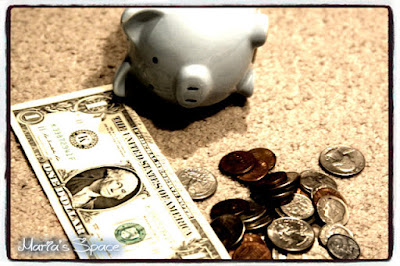 But as life moves along bills add up, college loans need to be paid, mortgages need to be secured and insurance needs to be kept up to date. Throw in kids and many people find themselves living paycheck-to-paycheck much longer than they ever expected.
That type of living doesn’t leave much room to plan for retirement.

It doesn’t have to be that way, though.

Those who understand the basics of money can begin planning early in life and will be ready to retire in their 60s, says Ann Vanderslice (www.annvanderslice.com), president and CEO of Retirement Planning Strategies.

“Part of working toward retirement is having a plan and a strategy ahead of time,” says Vanderslice. “That begins with understanding the four basics of money.”

Those basics are:
• Earning. The secret to making money – whether you are an entrepreneur or work for a large company – is finding a solution to people’s problems. Once you understand this, Vanderslice says, the keys to success include: showing up on time, doing what you say you are going to do, finishing what you started and doing it all with a courteous attitude.

• Saving. Vanderslice says the old rule of thumb about saving 10 percent still applies. Even if your company offers matching retirement funds, she says that doesn’t give you a pass to save less. The first bill you pay each month should be one to yourself. After that 10 percent is set aside, manage your budget from what’s left.

• Investing.  Investing should be a long-term endeavor, Vanderslice says. For example, take today’s 25-year-olds. According to the Employee Benefit Research Institute, if they want to retire with a similar lifestyle as what they have now, they need to invest 6.4 percent of their paychecks. That’s based on the stock market staying on the average path it has held for the last century.

• Distribution. Do you want to know how much you will be able to live on in retirement? A good rule of thumb is the 4 Percent Rule, which states that you should withdraw 4 percent of your retirement portfolio in the first year of retirement. Each subsequent year you should do the same while adjusting for a 3 percent inflation rate.

“People who report having the easiest transition into retirement had a strategy,” says Vanderslice. “They don’t just wing it.


About Ann Vanderslice
Ann Vanderslice (www.annvanderslice.com), president and CEO of Retirement Planning Strategies, helps federal employees understand their benefits, maximize the value of their benefits and plan for retirement, as well as organize income planning and IRA distributions. Vanderslice holds the Registered Financial Consultant designation from the International Association of Registered Financial Consultants and the Chartered Retirement Planning Counselor designation from the College for Financial Planning. She is author of Fedtelligence 2.0 – The Ultimate Guide to Mastering Your Federal Benefits.