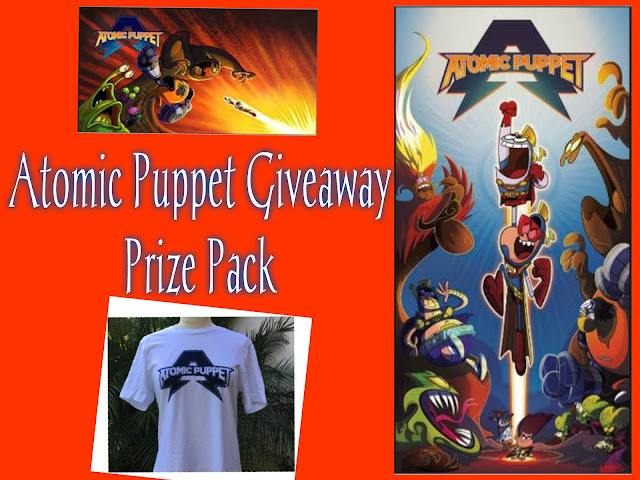 Disney XD's beloved animated show, ATOMIC PUPPET is back with 13 brand new action packed episodes, has started! Since the first 13 episodes were teased out last July, Atomic Puppet’s offbeat humor and super-hero action has appealed to both children and adults alike as the ultimate animated buddy comedy, showcasing the talented Eric Bauza (“Marvin the Martian”) as the voice of both Joey and Atomic.

Disclaimer: No monetary compensation was offered or received to host this giveaway.