Unplug Your Family With A Little Game Time 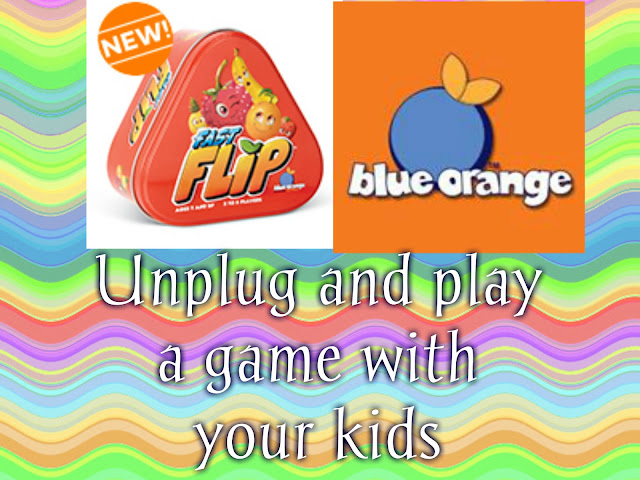 I love things that unplug my kids and their friends. Play dates and sleep overs are not like when we were young. Now the kids get together (in this case 3) and hang out in a room playing on their respective phones or tablets. What the hell is this? Goddess had 2 friends over which makes 3 girls in a room, there is not a sounds from behind the door sometimes because they are all playing separately and together depending. If the girls are all on the same game they are discussing. SOOOOO...I walked in a few times and mentioned they needed to put the phones down or I would take them for a while. Goddess doesn't have a phone but she has my old phone which she uses like an iPod.

In the afternoon I had the girls come out of the room and sat them at the table with a new game called Fast Flip. It is a game from Blue Orange. 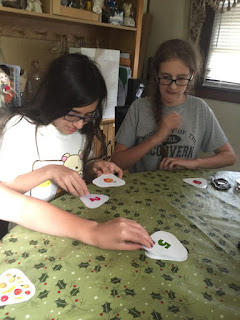 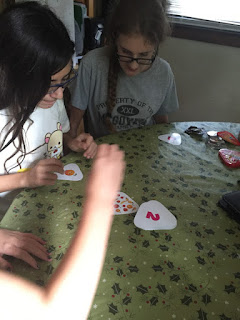 Basically it is a card game featuring numbers and fruit. You stack the cards, flip it over and if there is a number figure out which fruit appears that many times or if it is a fruit shout out the number. It is a fun game and moves quick. There is also two other ways to play which uses tokens. The winner is the one with the most cards or the most tokens. 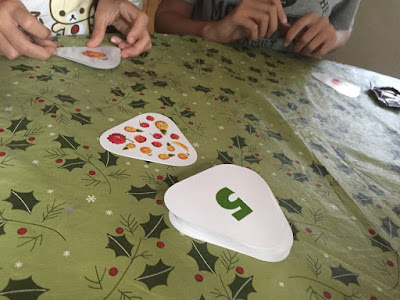 
I had two great videos of the girls playing which I unfortunately lost when I deleted some files from my phone but fortunately I did share one on Instagram. So you can see it here