All Year Round by Susan B. Katz 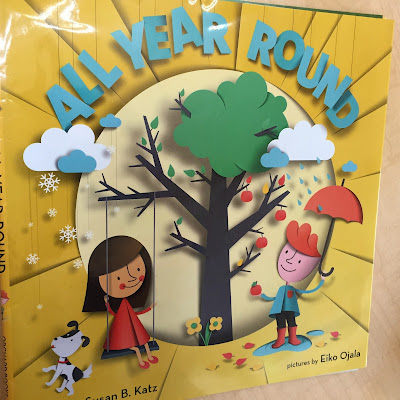 A world of shapes, twelve months abound,
from four-cornered square, to circle, round.

Poetic text by Susan B. Katz (ABC Baby Me!, My Mama Earth, ABC School's for Me) is paired with debut illustrator Eiko Ojala's intricate cut-paper artwork to bring the months and their shapes to life! Bold colors, adorable characters, and lyrical text fuse together perfectly in this truly creative look at the world around us. 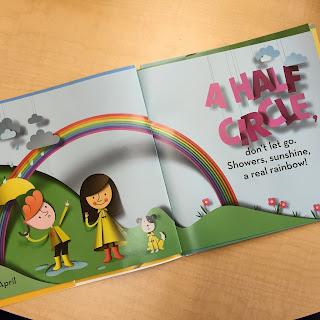 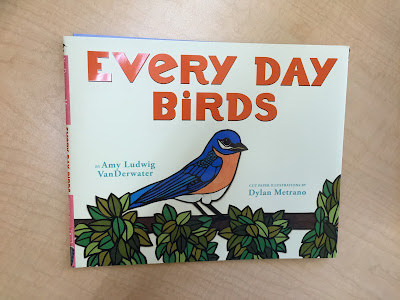 Young readers are fascinated with birds in their world. Every Day Birds helps children identify and learn about common birds. After reading Every Day Birds, families can look out their windows with curiosity--recognizing birds and nests and celebrating the beauty of these creatures!

Every Day Birds focuses on twenty North American birds, with a poem and descriptions written by Amy Ludwig VanDerwater and beautiful paper-cuttings by first-time picture book illustrator Dylan Metrano. Interesting facts about each bird are featured in the back of the book.

This book features different types of birds and a fact about each one.
The book flows nicely in a rhymey kind of way.
The graphics are nice and bold with the birds fun and colorful. 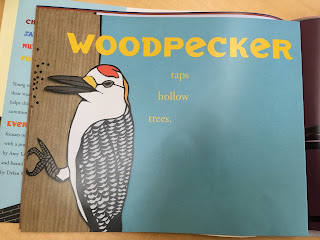 Very basic, bold illustrations are perfect for a book like this because there isn't' much for the listener to get caught up in.  I remember reading to my daughter when she was much much younger and she was so focused on the detailed visuals that she didn't hear what I was reading. 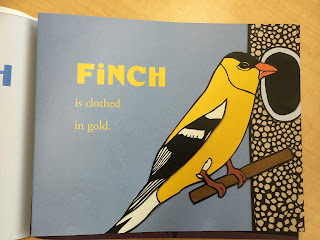 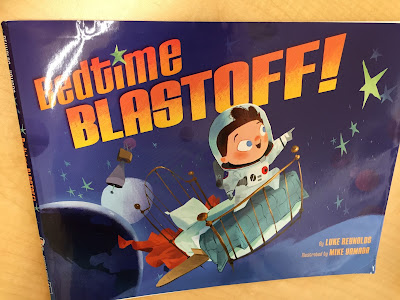 For little boys who love construction vehicles, race cars, and fire trucks, this is the perfect bedtime story to get them strapped in and ready to blast off to bedtime!

Debut author Luke Reynolds captures this boy-themed bedtime adventure with perfectly simple but poignant text, while debut illustrator and animator Mike Yamada brings it to life with his awesome ability to transform a bed into a rocket, a plane, and even a pirate ship!

In the story Bedtime Blast Off a little boy doesn't want to go to bed. He tried everything to prolong his bedtime. His accommodating father is the father of my heart. He goes along and his imagination coupled with the boy's eventually wears them both out with them both falling asleep in the little one's bed. 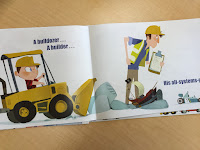 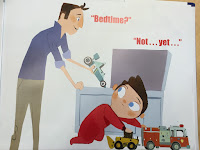 A really adorable story about a loving dad who helps his son transition to bedtime in the most perfect way. 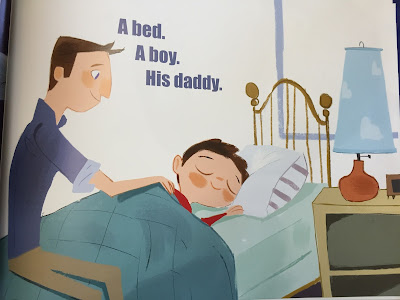 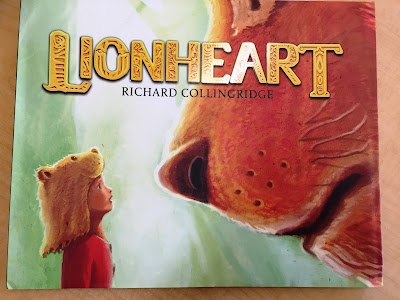 Get transported to a lush, vibrant jungle in this gorgeously illustrated picture book about facing your fears. 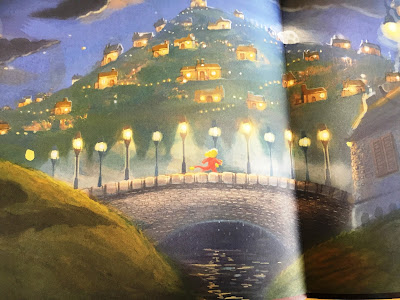 Richard hears something in his room before bedtime. Is it a monster? He doesn't wait to find out and sets off running through the streets, over the hills, through the forest, and into the fields until he finds himself in a magical jungle. With the help of his stuffed lion Lionheart, Richard finds the courage he needs to face his fears. 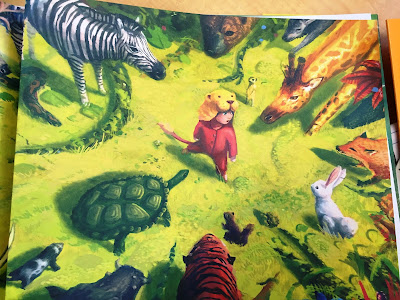 In this story of Lionheart, Richard a little boy is in his bedroom with his beloved stuffed lion named Lionheart. The shadows of his room (like most children) scare him so he runs. Richard runs and runs right into a magical jungle full of wonderful animal including a very large  Lionheart. This King of the jungle is massive and takes Richard on a fantastic journey that shows him to forget his fears until the monster rears its head again. This time Richard knows just what to do. He is not afraid and roars along with all the other animals under the direction of his protector Lionheart destroying all monsters forever. 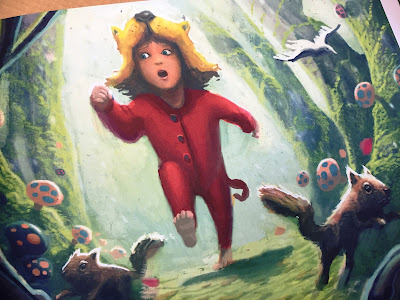 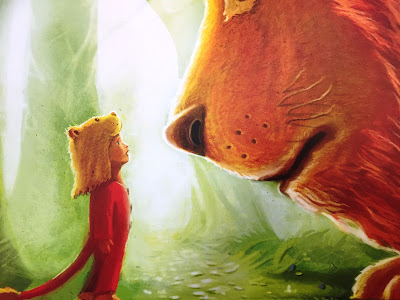 This is a great bedtime story for children. It is a wonderful read out loud book with the most fantastic graphics ever for a children's book. They are so beautiful I want to frame them.

Disclaimer: I received complimentary ARCs for my honest opinion. No monetary compensation was offered or received.