Almost two weeks ago, I wrote about Dinosaur Train and these cool eggs called Hatchers. 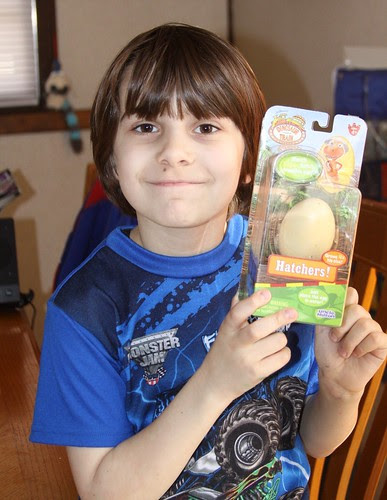 We received one for the kids to try out from The Jim Henson Company and Uncle Milton. Simply add one of the Hatchers to water and children can watch their favorite Dinosaur Train characters hatch from their shell and grow up to 4X their size.

What I Can Tell You: We love it. The kids ran to look at it at least 50 times the first night. The next morning when it started to make it's debut, the kids were shouting for each other to come look at it. It took a little less than 24 hours but when the dinosaur finally popped all the way out, the kids were ecstatic.  What a great addition to this year's Easter basket.  They both are asking for their own.

I missed the first picture of him making his first crack. It was during the morning rush! But...here he is in my humungo Fleetwood Mac glass. 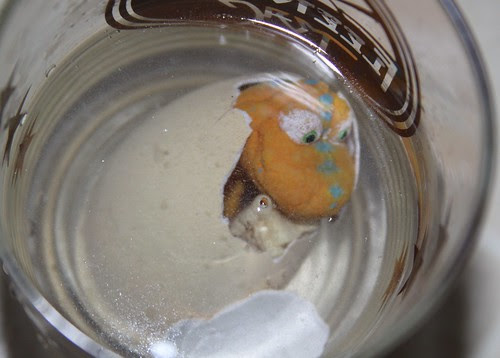 They were freaking out, you would think a real animal was coming out of that egg! He did grow and now he is drying out so we can see him go back to his normal size. Very cool! 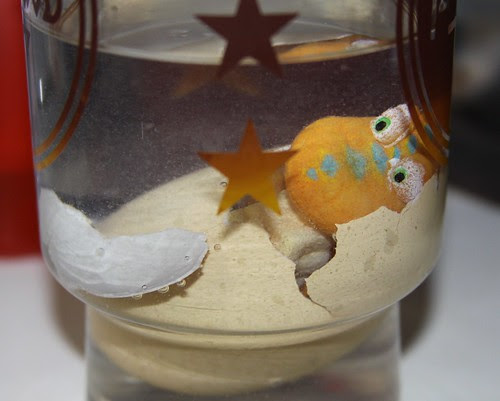 Goddess was very interested in what the shell is made of.

Disclosure: We received a complimentary Hatcher for our honest opinion.