Today was the perfect day to spend a few hours in front of Netflix.


Teach was downstairs working in the garage. Handsome was playing XBox and Goddess was playing with her dollhouse. Perfect time to catch a "me" movie. Not one I have to watch because of the kids or the husband, but one I WANT to see.

I am a child of the 70's and 1976 was the movie that changed what I found hot! It had been Shawn Cassidy and Donny Osmond until the day I saw A Star Is Born. Just 10 years old and after seeing Kris Kristopherson in I was hooked. The hair, the eyes, the clothes, I was smitten. 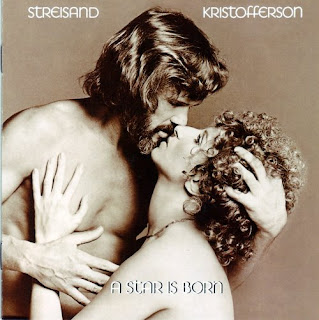 Was it just me or did anyone else have the hots for Kris? 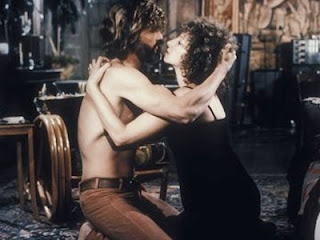 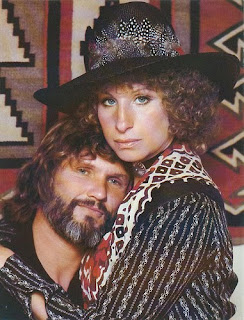 My sisters and I loved the soundtrack and listened as often as possible. We loved Barbara Streisand as much as our parents and knew every song. When I am cleaning the house or doing dishes I throw in my rendition of Queen Bee. Damn I love this song!

The black, black widow is sittin' in the middle of the web,
it's the fly she seeks.
You may be her lover but you never will recover, 'cause
she ain't had a bite for weeks.
You think your the same, 'cause you got the same name,
but the widow has a mobile home.
Remember what I told you, she got eight arms to hold you,
and she's never gonna let you roam.
She'll tuck into bed and truck on your head, then she'll
wrap you as a midnight snack.
So if you see a spider, don't you sidle up beside her
Why'd you think the widow's wearin' black?

Queen bee, baby
Pray that you may be left on your own, uh huh
Nothin' she'll give you, gonna outlive you, uh, uh, uh
But the queen bee's never gonna be alone. Uh huh.
Long before Atlantis there has been a praying mantis and
you knows why he's on his knees.
He may have religion but he's just a sittin' pigeon if a
woman even starts to tease.
He won't even quibble if she has a little nibble on his neck,
what a way to go.
And now you done and torn it! You been messin' with a
hornet, she's a blue-blooded wasp, you know.
And just as you do it, she'll inject you with a fluid that you
ain't even got but none.
You're the meat on the plate, not even first rate, she's
gonna feed you to her seventh son.

Just like the Queen Bee, baby
Pray that you may be left on your own,
Nothin' she'll give you, gonna outlive you, uh, uh, uh
But the queen bee's never gonna be alone. Uh huh. Uh huh.

So, in conclusion, it's an optical illusion, if you think that
we're the weaker race.
Men got the muscle, but the ladies got the hustle, and the
truth is staring in your face.
The mother bear stalks, and the queen of the hawks, is the
one who brings home the bread.
The lion that is regal, and the bald headed eagle, need a
woman just to keep them fed.
But come the evenin', we're like Adam and his Eve, inside
the garden. Hear the serpent's sound?
It's so frustratin', when you're really into matin', and there
ain't a lovin' man around.

If you have not seen A Star is Born (not the original with Judy Garland), and you like Barbara and musicals. Give is a go.
John Norman Howard (Kris) is a reckless big time rock n' roller. His drinking and antics are getting the better of him and his career is suffering. He meets Esther one night when he drunkingly walks into a club where she and her back up singers are doing their thing. After creating drama she sneaks him out the back door.  They fall in love. He thinks she has real talent and gets her on stage during one of his shows and applauds as the audience and press love her. Her career is taking off just as his is crashing. She wants him on the road with her, her people want him to hang back and let her fly. She is special and he knows it.  He takes matters into his own hands to make sure that her career stays strong. The ending always has me sobbing.  Sometimes love just isn't enough.
Streisand is her typical 70's great! Kristopherson gives an amazing performance as a suffering artist. Great movie!  Golden Globes for both as best actor and actress and best motion picture musical.
The fire of Barbra Streisand. The magnetism of Kris Kristofferson. The reckless world of big-time rock 'n' roll. All three bring a new passion and timeliness to A Star Is Born, one of the screen's classic love stories (previously filmed in 1937 and 1954) and winner of five Golden GlobeO Awards, including Best Picture, Actress and Actor (Musical/Comedy). Paul Williams, Kenny Loggins, Leon Russell and others worked with Streisand on one of the most popular song scores ever, topped by the Streisand/Williams Evergreen winning the Academy AwardO and Golden GlobeO Award as 1976's Best Original Song. Their teamwork resulted in a box-office triumph as well as "a considerable achievement" (Clive Hirschhorn, The Hollywood Musical).
at Sunday, August 15, 2010