A CINDERELLA STORY: CHRISTMAS WISH - It's only 130 Days Away 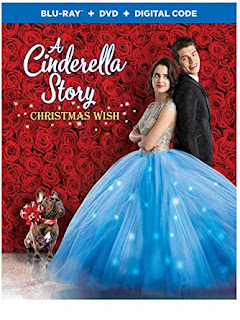 A CINDERELLA STORY: CHRISTMAS WISH on October 15 on Digital and October 29 on Blu-ray™ Combo Pack & DVD! 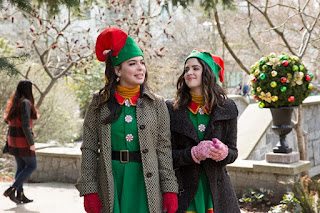 A Cinderella Story: Christmas Wish 1 - Isla (played by Isabella Gomez) and Kat (played by Laura Marano) take a walk in their work clothes.

It is sad to say that Summer is coming to an end, school is starting and has in some areas ....but we are so ready to fast forward to the holiday season and all the magic it brings! Not ready yet? It is hard to get in the spirit sometimes but it will be here before you know it so  here's a little magic that is sure to bring some Christmas cheer and get you into the holiday spirit.

This October, Warner Bros Home Entertainment will have you singing and dancing in your seats with the enchanting tale - A CINDERELLA STORY:CHRISTMAS WISH - and we have the first look at photos from the film! 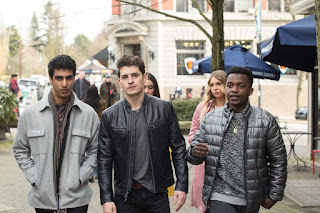 Synopsis:
Brimming with overtones from the classic fairytale, this contemporary musical follows Katherine “Kat” Decker dreaming of becoming a famous singer-songwriter. Her reality, however, is suffocated by her conniving and cruel stepfamily and a demoralizing job working as a singing elf at billionaire Terrence Wintergarden’s Santa Land. When she starts to fall for Nick, the handsome new Santa at the tree lot, things begin to look up. Unfortunately, when her stepmother and stepsisters realize Kat has been invited to the prestigious Wintergarden Christmas Gala, they’ll stop at nothing to procure their own invitation and keep Kat from attending. With the help of her attentive dog, a true friend, and a little bit of holiday magic, Kat may just make it to the gala, discover the true identity of Nick, and experience the true meaning of Christmas. 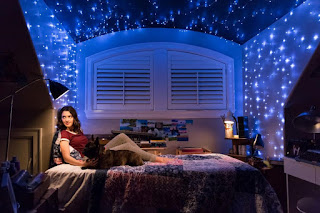 A Cinderella Story: Christmas Wish 2  – Kat (played by Laura Marano) sits under the stars with her dog Bruno (played by Capone).