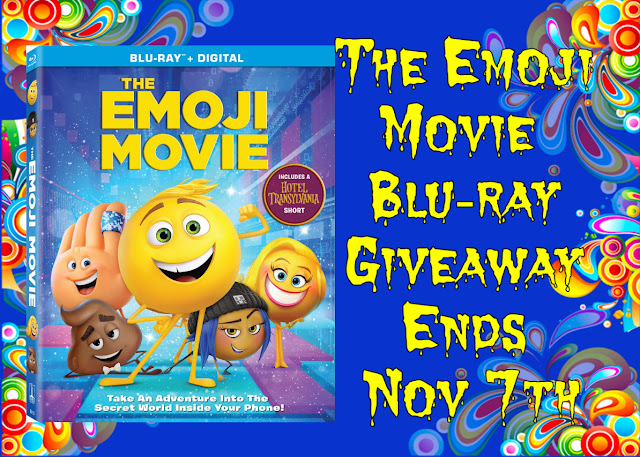 Bring on the Popcorn, and Make It A LOL Kids Movie Night!

Be the movie night hero and bring home the film that kids give two thumbs up to for the ultimate kid’s movie night! It’s time to express yourself when Sony Pictures Animation’s THE EMOJI MOVIE arrives for the first time on Digital on October 10 and on 4K Ultra HD+ Blu-ray + Digital, Blu-ray + Digital and DVD October 24 from Sony Pictures Home Entertainment.  The animated comedy unlocks the never-before-seen secret world inside your smartphone.  Hidden within the messaging app is Textopolis, a bustling city where all your favorite emojis live, hoping to be selected by the phone’s user. In this world, each emoji has only one facial expression – except for Gene (T.J. Miller), an exuberant emoji who was born without a filter and is bursting with multiple expressions. Determined to become “normal” like the other emojis, Gene enlists the help of his handy best friend Hi-5 (James Corden) and the notorious code breaker emoji Jailbreak (Anna Faris). Together, they embark on an epic “app-venture” through the apps on the phone, each its own wild and fun world, to find the code that will fix Gene. But when a greater danger threatens the phone, the fate of all emojis depends on these three unlikely friends who must save their world before it’s deleted forever.

Friday night my family and I settled in to watch The Emoji Movie.  The movie is about the life inside your smartphone. You know where all the Emojis hang out waiting for you to use them. The ones you use most get to hang out behind the velvet rope because they are the superstars. The top emoji's in my phone right now in top order are....

The movie follows Gene who is the son of Meh. The Meh's are good at their jobs. They are meh about everything however Gene has a problem. He cannot stick with his emotion. He has emotions and can't seem to control himself.  He is about to make his debut in the cube of emoji's on a young boy named Alex. As he takes his seat along with Poop, Pizza, Hearts and the rest ready to be scanned if chosen in a text with his parents looking on he accidentally makes the wrong face in his scan completely messing up a text Alex sends to a girl.  He is quickly classified as a malfunction and will be deleted. 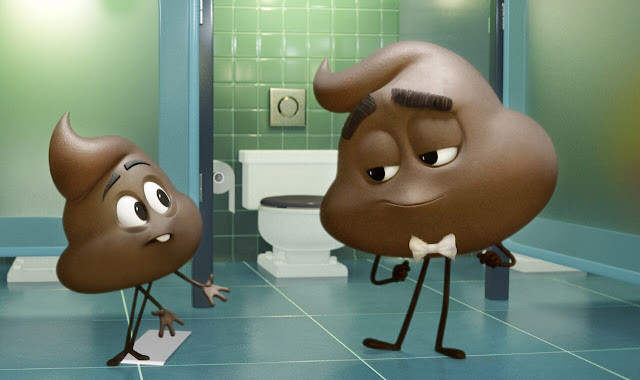 We thought the movie to be funny. It is a good family movie with lots of Poop puns and clean innocent fun. Who would have thought it was so stressful for all those emojis in our smartphones? 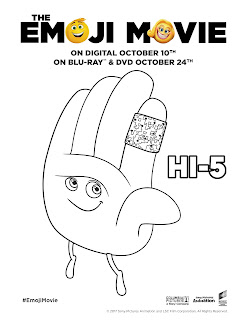 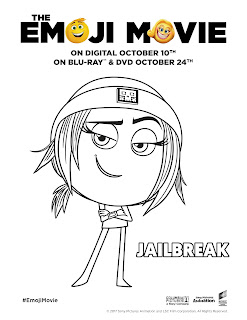 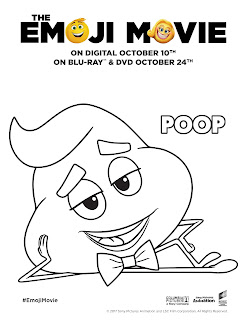 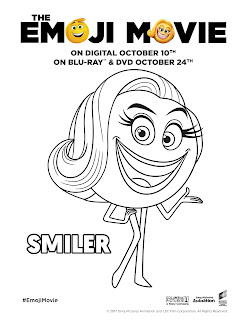 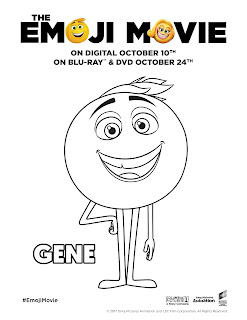 
Enter the Giveaway Before 11/7

Disclaimer: I received a complimentary copy of this movie for my honest opinion. No monetary compensation was offered or received.