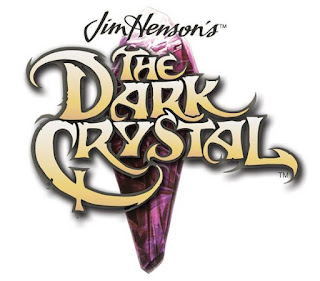 FANS OF ALL AGES ARE INVITED TO DESIGN A NEW CREATURE FOR “THE DARK CRYSTAL: AGE OF RESISTANCE”
THE JIM HENSON COMPANY ANNOUNCES NEWEST CONTEST ON DARKCRYSTAL.COM

All are welcomed to submit a creature design inspired by the world of The Dark Crystal to make a possible cameo appearance in the upcoming Netflix original series.

HOLLYWOOD, Calif., September 2, 2017 -- The Jim Henson Company is reaching out to fans of The Dark Crystal to enter the “Design a New Creature for The Dark Crystal: Age of Resistance” online contest.

Fans are invited to draw, by hand or digitally, an original creature concept for the world of The Dark Crystal. The winner will be awarded $500 and their concept design will be crafted and built by Jim Henson’s Creature Shop™ to make a possible cameo appearance in the upcoming Netflix original series The Dark Crystal: Age of Resistance. Judges will include the Froud family — Brian, Wendy, and Toby Froud.  Brian and Wendy were key designers and artists in the original film and their son Toby joins them in their work on the upcoming series.

Beginning today, entrants can visit DarkCrystal.com to read contest rules and guidelines and review all the background materials, descriptions, and history needed to create a submission. Entries must be received no later than November 22nd, 2017 at 11:59 PM EST.

"This is such an exciting time for fans of The Dark Crystal across the world.” said Lisa Henson, CEO of The Jim Henson Company. “This contest gives a lucky fan the opportunity to have their creature added to the incredible universe of The Dark Crystal: Age of Resistance and we welcome fans of all ages to submit their best work.”

About The Dark Crystal: Age of Resistance
The Dark Crystal: Age of Resistance returns to the world of Thra with an all new adventure. When three Gelfling discover the horrifying secret behind the Skeksis’ power, they set out on an epic journey to ignite the fires of rebellion and save their world.
Feature film director Louis Leterrier (Now You See Me, The Incredible Hulk) will executive produce the series and direct. The Dark Crystal: Age of Resistance will be a Netflix original series produced by The Jim Henson Company and executive produced by Letterier, Lisa Henson, and Halle Stanford. Longtime Henson collaborator Rita Peruggi will serve as producer and Henson’s Blanca Lista will serve as a co-executive producer. Leading the writing are co-executive producers Jeffrey Addiss and Will Matthews (Life in a Year), and Javier Grillo-Marxuach (Lost, The 100).
About The Jim Henson Company
The Jim Henson Company has remained an established leader in family entertainment for over 60 years and is recognized worldwide as an innovator in puppetry, animatronics and digital animation. Best known as creators of the world-famous Muppets, Henson has received over 50 Emmy Awards and nine Grammy Awards. Recent credits include Julie’s Greenroom (Netflix), Dot. (Sprout/Hulu), Splash and Bubbles (PBS), Word Party (Netflix), Doozers (Hulu/ Sprout), and the Emmy®-nominated Sid the Science Kid (PBS), Dinosaur Train (PBS), and Pajanimals (Sprout). Television productions include Fraggle Rock, The Storyteller and the sci-fi cult series Farscape. Features include Disney’s Alexander and the Terrible, Horrible, No Good, Very Bad Day, as well as The Dark Crystal, Labyrinth, MirrorMask, and Jim Henson’s Turkey Hollow. Current productions include Happytime Murders, starring Melissa McCarthy and the upcoming Netflix original series The Dark Crystal: Age of Resistance and feature film developments include the highly anticipated film Fraggle Rock.

With additional locations in New York and London, The Jim Henson Company is headquartered in Los Angeles on the historic Charlie Chaplin lot, complete with soundstage and postproduction facilities. The Company is home to Jim Henson’s Creature Shop™, a pre-eminent character-building and visual effects group with international film, television, theme park and advertising clients, as well as Henson Recording Studios, one of the music industry’s top recording facilities known for its world-class blend of state-of- the-art and vintage equipment. The Company’s Henson Alternative brand is currently touring Puppet-Up! – Uncensored, a live puppet improvisational show.

About Jim Henson’s Creature Shop
Jim Henson’s Creature Shop™ provides performed digital visual effects, animatronic creatures, animation and soft puppets to the international film, television and advertising industries. Based in Los Angeles and New York with satellite shop capabilities internationally, the Shop is known for designing and building some of the world’s best-known characters including the Sesame Street puppets, the classic Muppets, the aliens from Farscape and the fantastical creatures from The Dark Crystal and Labyrinth. Other features credits include The Jungle Book, The Hangover, Where the Wild Things Are, Forgetting Sarah Marshall, and Hitchhiker’s Guide to the Galaxy. The shop is also known for its live performance work with artists like Cee Lo Green, Kanye West, Lady Gaga and Deadmau5.
www.creatureshop.com