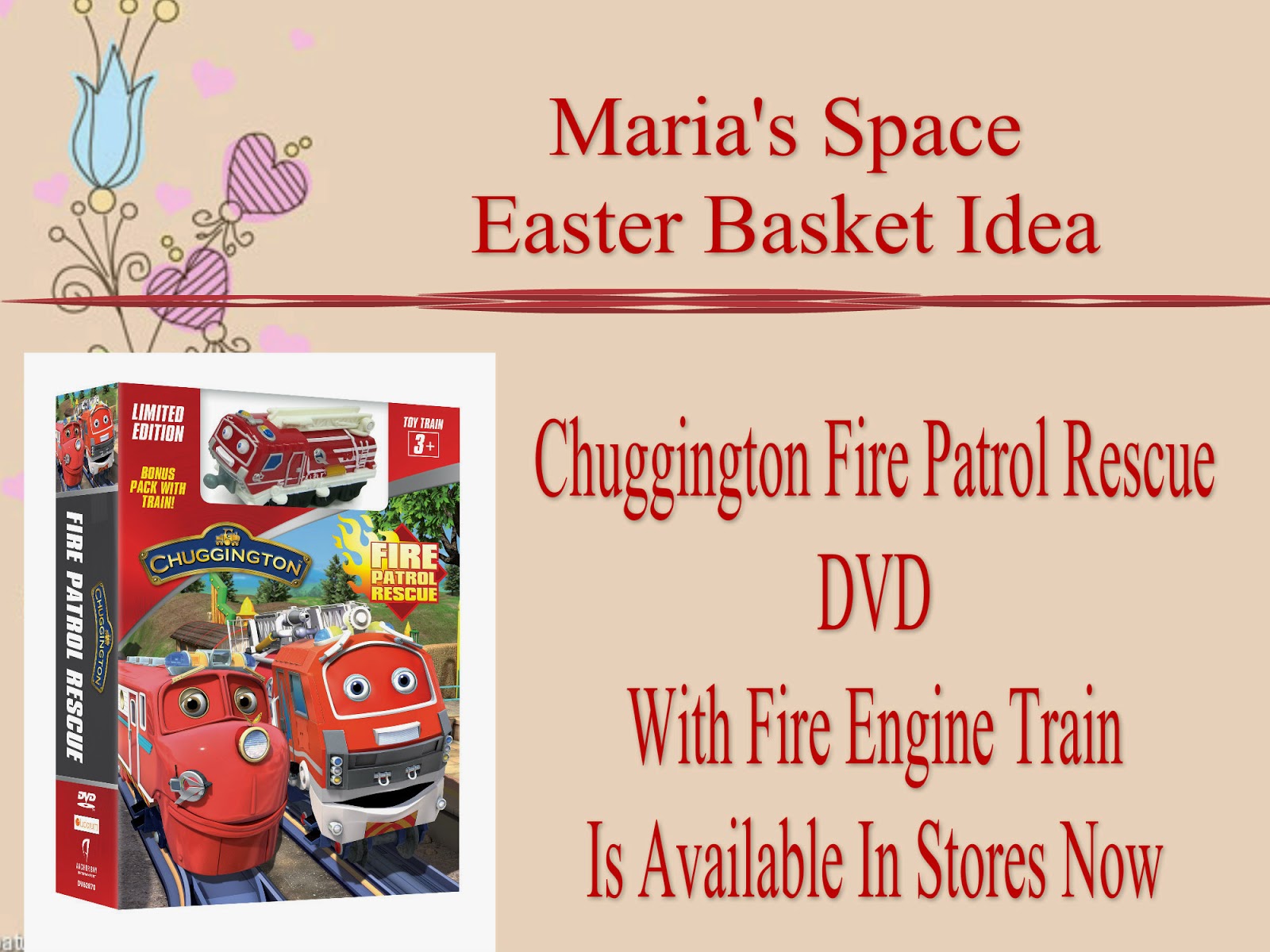 Fire prevention is something my family takes very seriously. We go to the firehouse every year and learn all about it including climbing out the window of a smoke house with the help of the fire fighters. 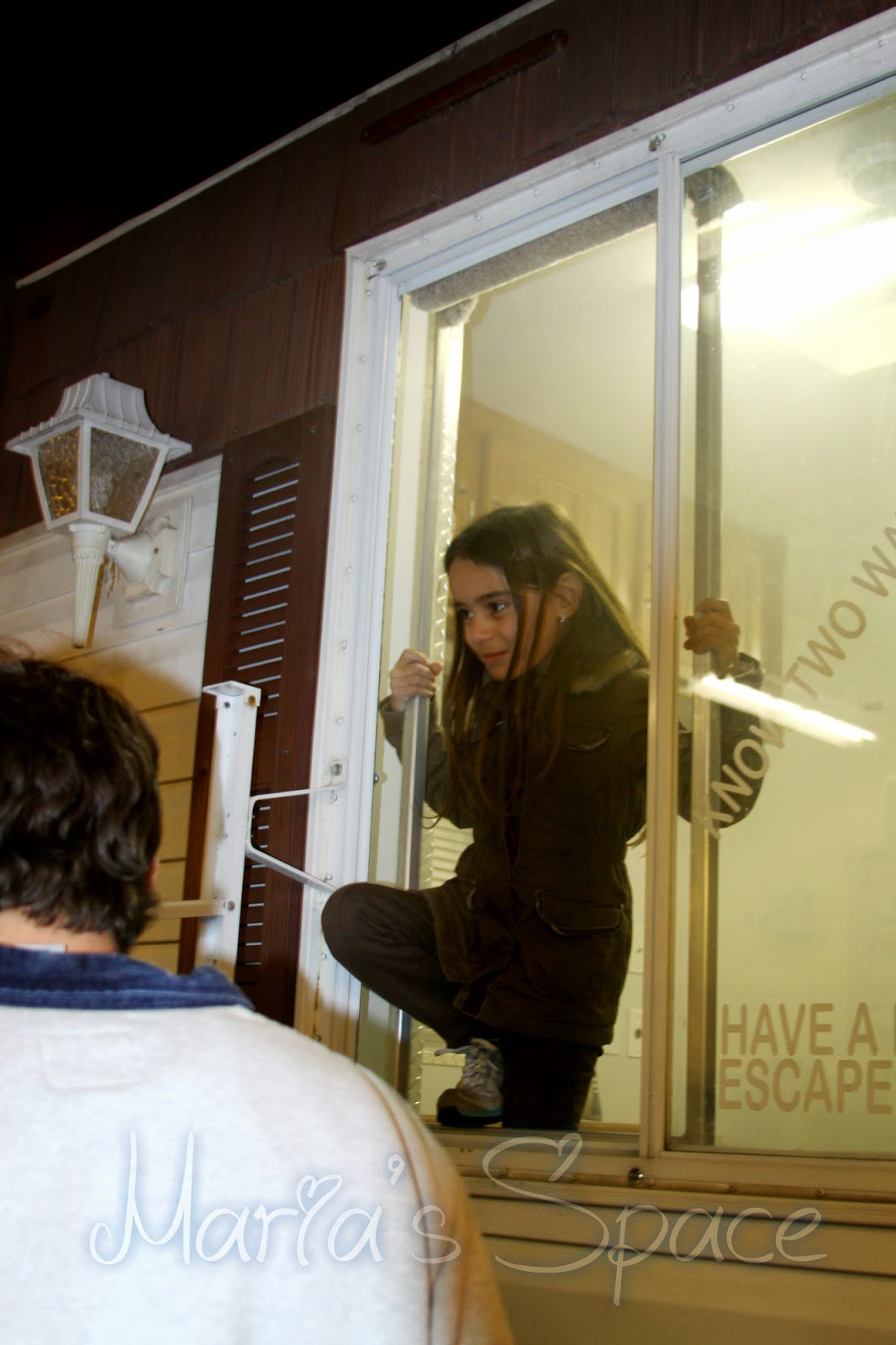 Tomorrow is a very special day for Chuggy fans. In honor of “Chuggington Fire Patrol Rescue Day,” and to help keep your family and young trainees safe all year-round, here are some important tips from Firechugger Asher and the National Fire Protection Association:

·         Asher says, “Plan ahead!”
Create a home escape plan so every member of your family knows what to do and where to go if there’s a fire. Designate a meeting spot, such as a tree or mailbox, that’s a safe distance from the home. And practice your home fire drill both at night and during the day.

·         Asher says, “Stop a fire before it starts!”
Keep matches and lighters out of sight and out of reach from children. Store them up high, preferably in a locked cabinet or drawer. It’s also important to teach kids that lighters and matches are tools for adults only and that they should tell a grown-up if they see these items lying around.

·         Asher says, “Cool it in the kitchen!”
Always keep an eye on the stove while you’re cooking, and use a timer as a reminder that the stove or oven is on. Create a “kid-free zone” around the stove as well as areas where hot food and drinks are prepared. And make sure to keep anything that can catch fire, including oven mitts and towels, away from hot appliances!

·         Asher says, “Sound the alarm! “
Smoke detectors are a key part of a home fire escape plan. Make sure to install smoke detectors on every floor of the home, especially inside and outside bedrooms. Don’t forget to test all smoke alarms at least once a month!

·         Asher says, “Stay low and stay out! “
If, during a fire, you have to escape through smoke, get low, go under the smoke and close the doors behind you as you leave each room. It’s crucial to remind children that, once outside, they should never go back inside for anything, including pets or toys. It’s best to wait to call the fire department until you get outside and are a safe distance away from the fire.

Asher says, “Follow these blazin’ safety tips and you’ll be in control and ready to roll if there’s ever a fire.” 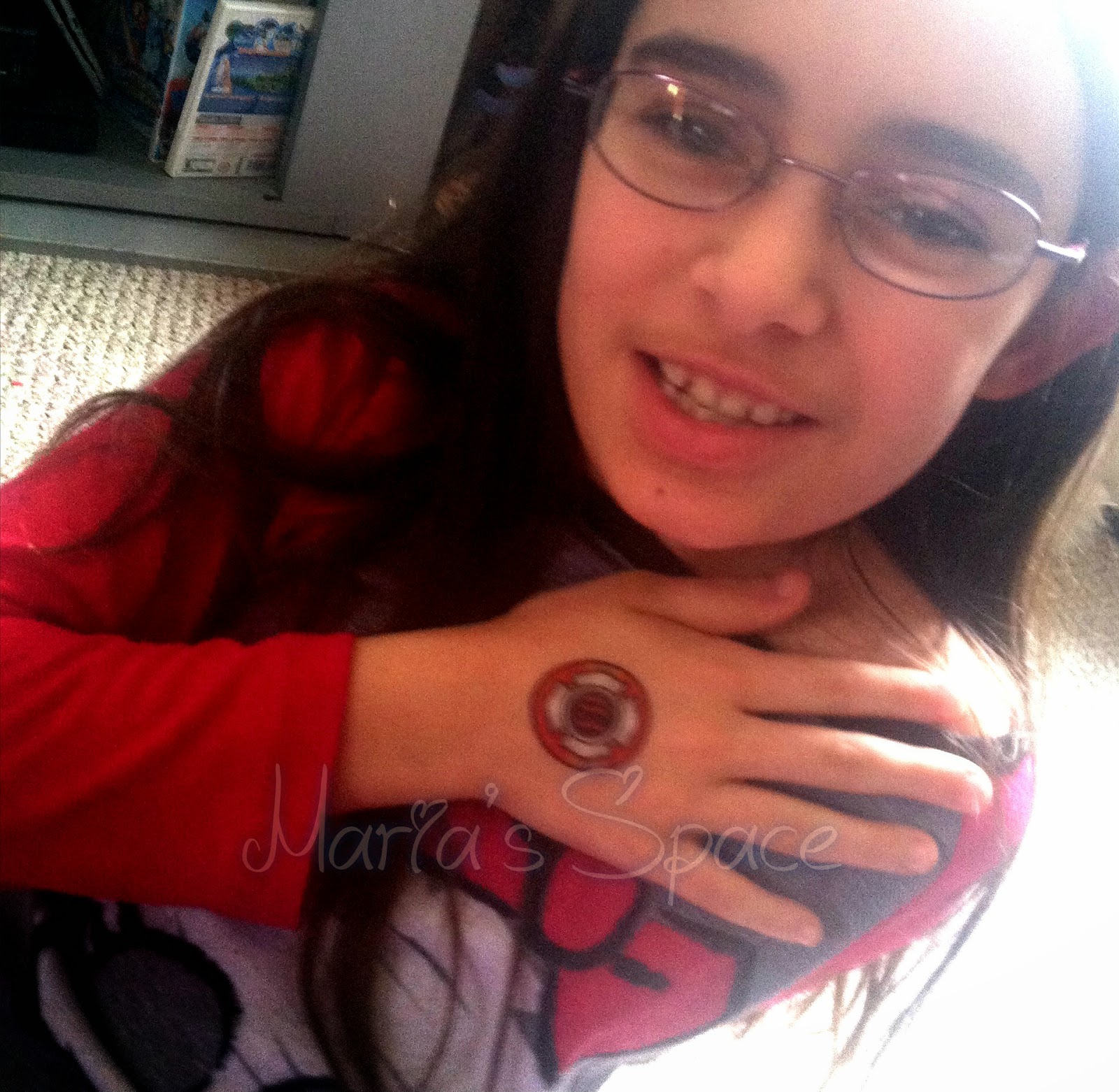 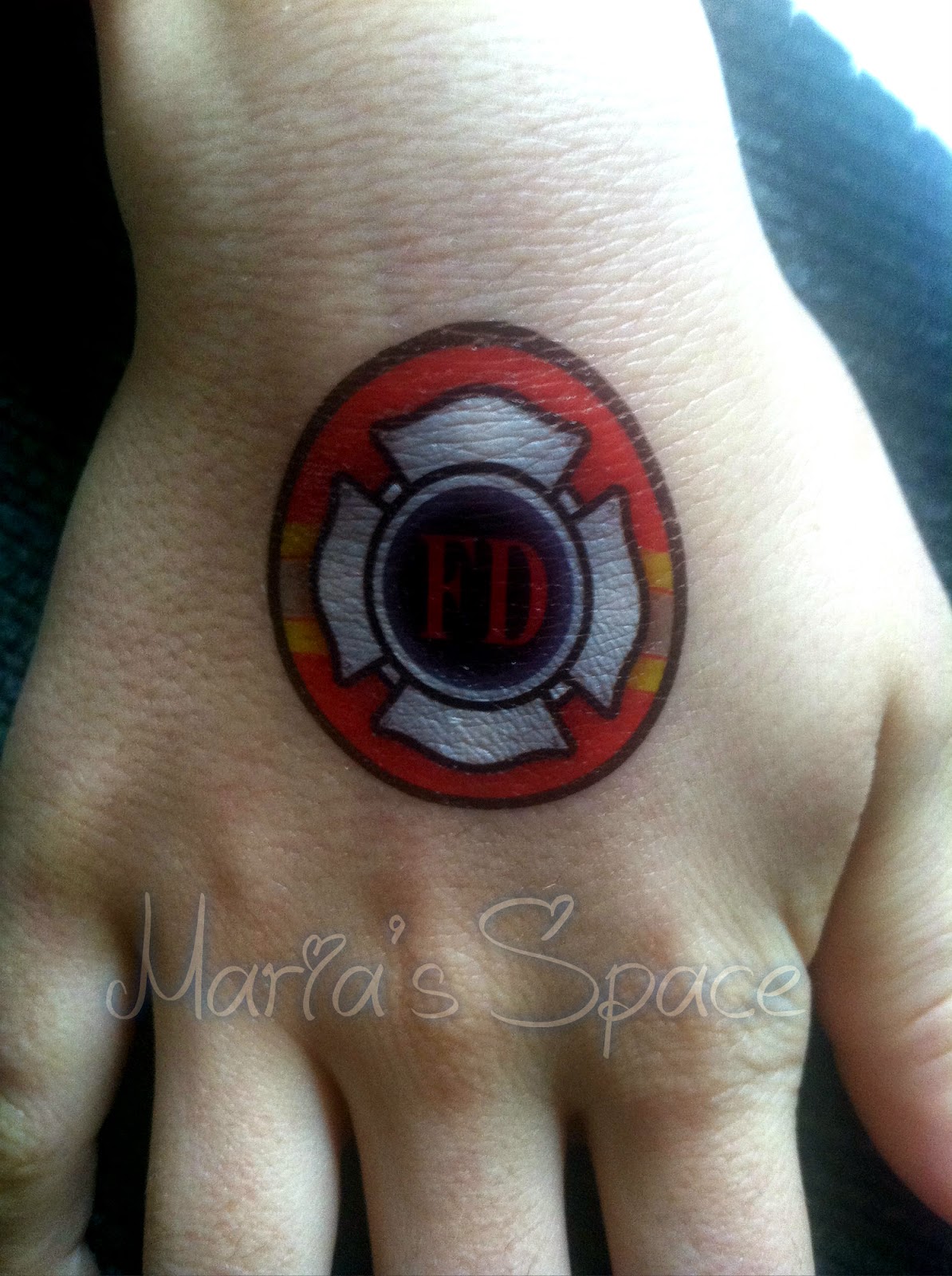 Safety is always first and Asher wants you to know some more safety tips which you can find here:  http://www.nfpa.org/safety-information/safety-tip-sheets

If your little ones love Chuggington or just love coloring, print out this Coloring Sheet! 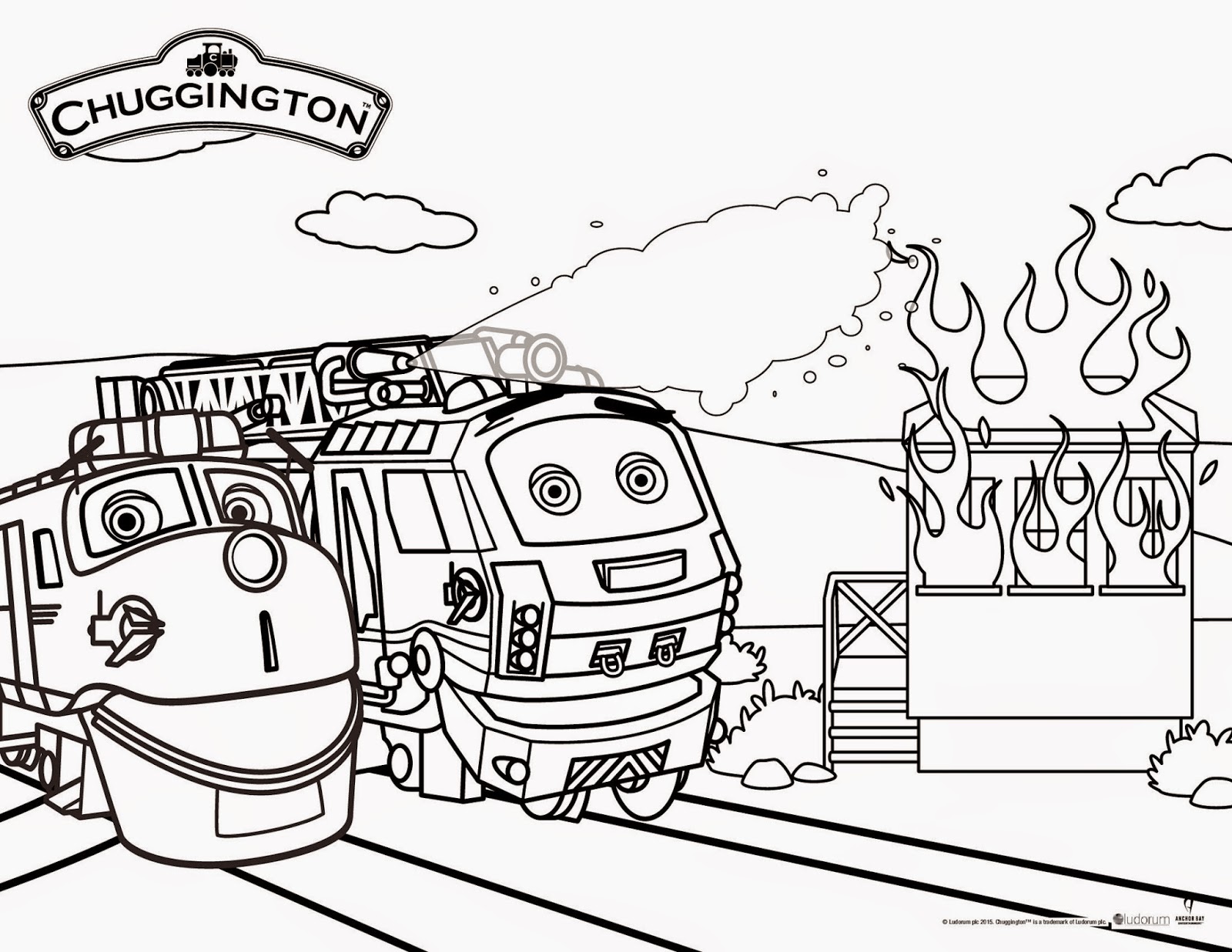 While my kids are out of the Chuggington age we appreciate this show. We love the colorful graphics and how educational it is.

This DVD has 6 movies on it.


It even comes with a bonus episode Who Do You Appreciate? Coloring and Activity Pages and a New Character montage.

In  Blazin Wilson the trains are going to be demolishing a building during fire fighter practice and how dangerous it can be. During a fire training session the trains run out of water and Wilson saves the day by coming up with an alternative method.

During Round Up Wilson, Wilson tries hard to get some tiny Chugger trains in order but needs the assistance of his drill Sargent.  Thankfully Wilson learns quick and while moving some monkeys quickly and safely gets everyone back where they need to be.

Wilson learns about the dangers of working at a high rise in High Rise Rescue. We love the little fake fires Wilson has to put out during his training.  Thankfully these little trains get the job done.

With Park Patroller Wilson, wilson is on Nightime Park Patrol but when Pete goes sleep riding Wilson must catch him, and make sure he stays put.

In Stop The Press Emery the trains are dealing with the press and magic. Poor Emery or Emerson (we love him with his blue and green eyes) tries to get himself in the paper when Wilson gets stuck on the tracks. Unfortunately by the time he gets back with the press someone else has come to the rescue.  Eventually thanks to a magician Emery shares the front page with a baby elephant.

Scrub A Chug shows just how dirty those little trains get on their rides. Eddy helps the guys get spic and span clean.  While Eddy is busy on the tracks handling a down tree Wilson tries to help out but leaves a poor train full of old dirty sludge. He also leaves a big old mess in the tunnel. The lesson; sometimes helping is only help if you know what you are doing otherwise you are making more work!