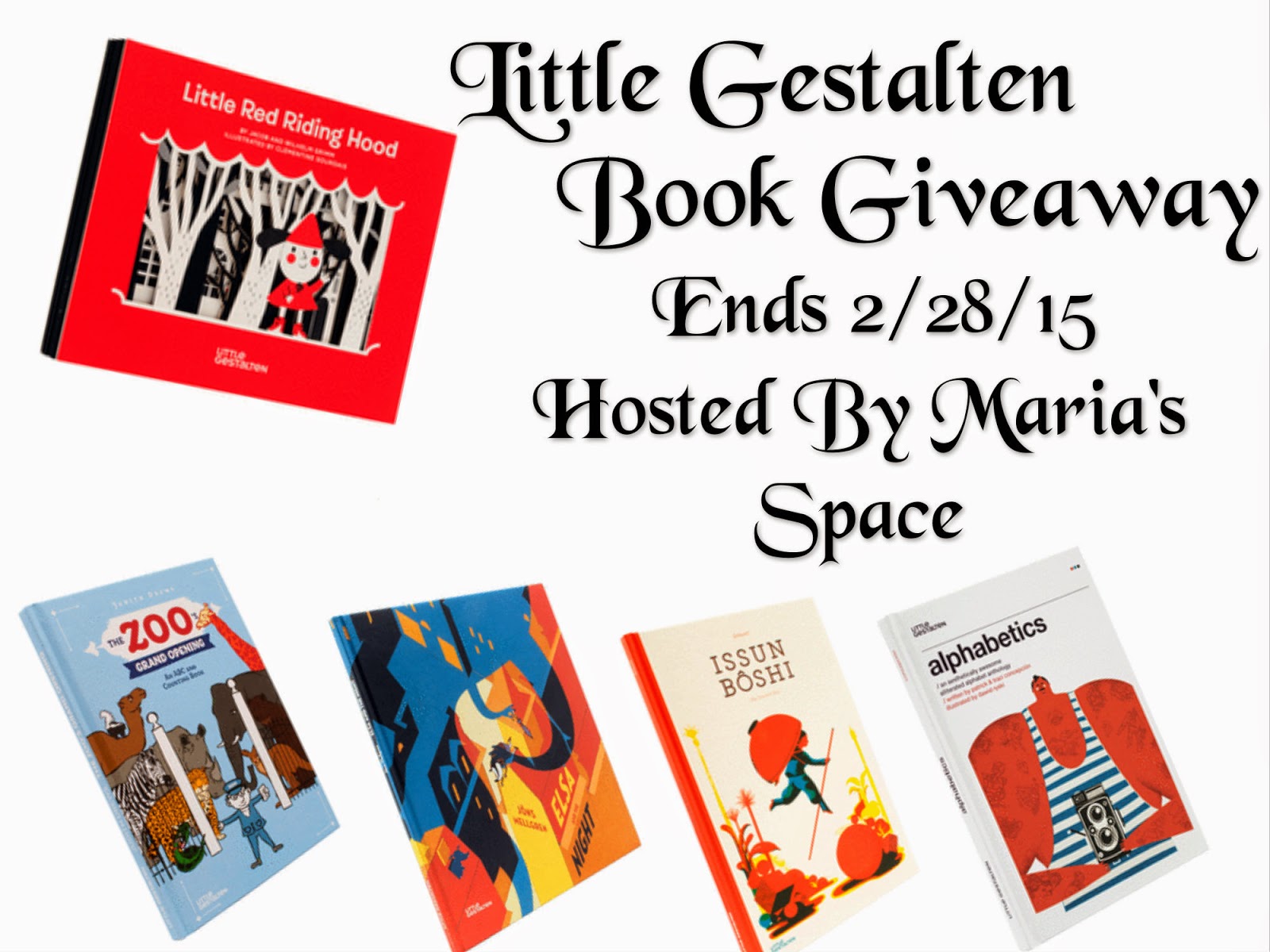 I received books from Berlin based Little Gestalten to check out for myself and possibly share with my readers if I considered them something worthy of Maria's Space readers.  Well, they are so worth it and you guys already know you are worth it so here we go.


Issun Boshi: The One Inch Boy - This classic Japanese fairy tale tells the story of Issun Boshi, the tiny son of an old, long childless couple. His mother had longed to have a child for so many years that she finally added "even if it is a very small one" to her wish. When the elderly couple did in fact bear a son, he turned out to be only one inch high. He was thus called Issun Boshi, Japanese for one-inch boy. Tiny and brave -- these are the two most striking characteristics of IssunBoshi. Although his parents raised him very lovingly, Issun Boshi realized one day that he would not grow any taller. He then left his home to set off on a journey to find his place in the world.

Little Red Riding Hood - The New York Times Sunday Review describes this book the best -- "Even the classic “Little Red Riding Hood” seems new again in Little Gestalten’s version, with cutout images that can be held up to the light to cast shadows on the wall until it’s time to say, “My, what big, tired eyes you have."

Elsa and the Night - Elsa and the Night tells the story of an extraordinary friendship. Can one make
friends with the night? One day Elsa is sitting at her kitchen table and suddenly hears a sound coming from under the sofa. When she investigates, she realizes that it's neither an animal nor a ghost. It's the night. The night not only listens to Elsa, but also accompanies her on a heartwarming and moving journey where it cares for her, protects her, and finally carries her through the town in its arms.

The Zoo's Grand Opening - With this book, even the youngest children can playfully learn their ABCs, the names of animals, and how to count. This fun animal book tells the exciting story of a zoo preparing for its opening day. The head zookeeper, who guides young readers through its pages, is waiting anxiously for the animals to get there. Will they all be in their cages by the time the first visitors arrive?

Alphabetics: An Aesthetically Awesome Alliterated Alphabet Anthology - C is for cat? D is for dog? Not in this book! Here, Colossal Cornelius captures his companions with his camera and Daisy the diver dares a death-defying dip with dinosaurs. In Alphabetics, each of the alphabet’s twenty-six letters is depicted with an awesome alliteration—not to mention an illuminating illustration—that will captivate and stimulate young minds.  Although the lettered tales are meant to be humorous and fun, they also serve a commendable purpose. Complex words are introduced to expand children’s vocabularies and linguistic horizons. The book includes a glossary so that readers can look up any terms that are unfamiliar to them. 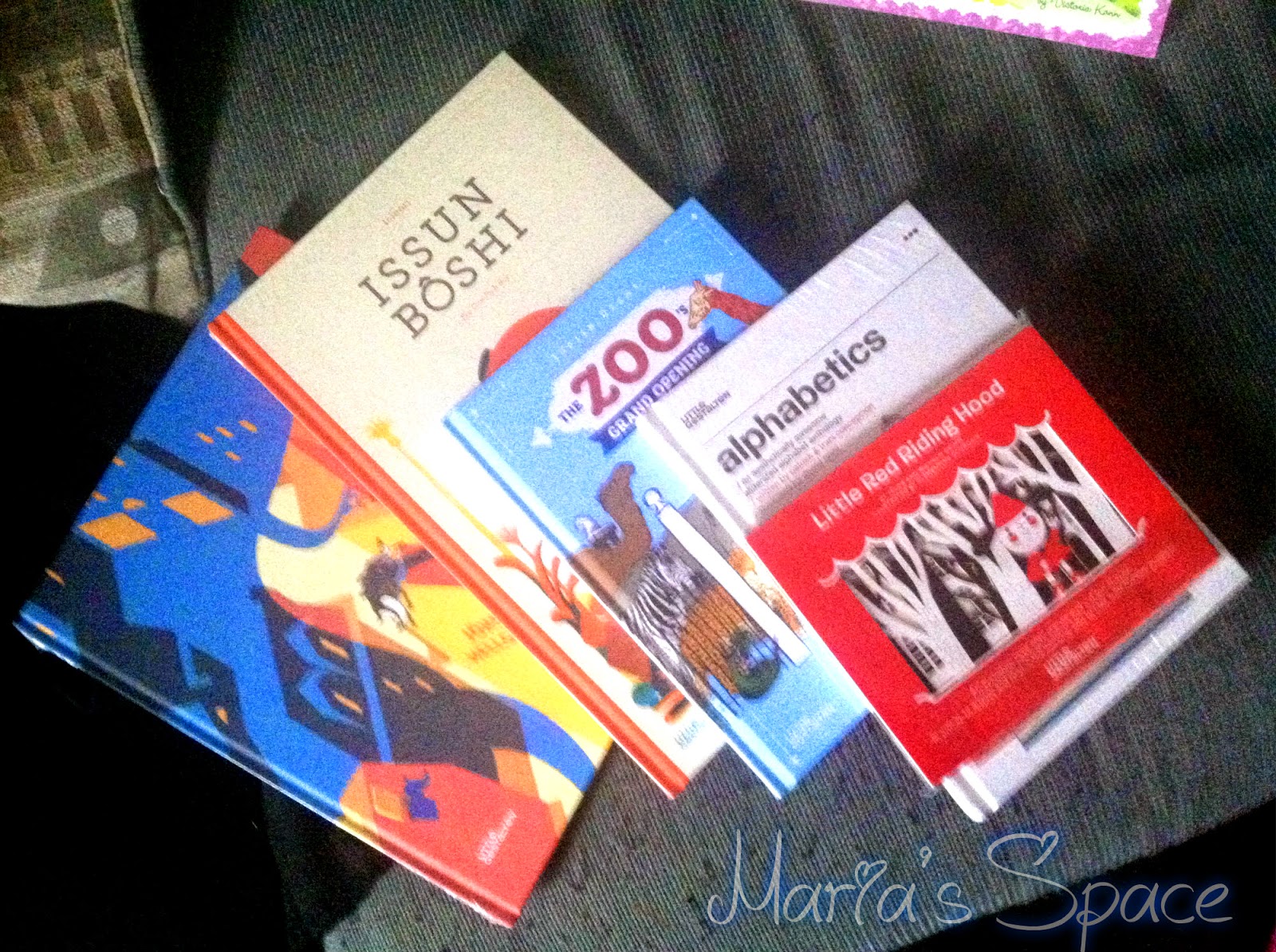 The books are stunning! I felt as if these books were a designer's dream because they are classic looking, colorful and fun. I particular loved the matte, muted colors used in the books. Feeling as if these were timeless masterpieces that were more about the words and promoting a children's love of reading rather than gloss and glare that takes away from the story and makes kids focus on the pictures.

My personal favorite was the Little Red Riding Hood by Jacob and Wilhelm Grimm and illustrated by Clementine Sourdas. It is truly a work of art. The primary colors red, black and white make it a perfect baby book although this classic should be kept out of the baby's hands as the perfect artwork is too delicate for little tearing hands. Oh my gosh that would break my heart to hear tearing if one of my little one's were last seen holding one of these books.

Please check out the website and find some wonderful reads and see why I am so in love with Gestalten.
Entry-Form
Disclaimer: I received a complimentary gift pack for my honest opinion of the same books that are mentioned in this post and in the giveaway. The sponsor will be sending the prize directly to the winner after the giveaway ends.