About 4 years ago I purchased a fish tank for my girlfriends son. I was going to put two fish in it and give it to him for his birthday. That same week, his father bought  him one so mine sat in the closet in a box for two years until my kids found it. It came out of the box and they pretended to have fish occasionally. My plan of course was to eventually get a filter and use the tank. Money, time, tank location (where would we put it?) all put it on the back burner until Saturday.

My niece, since getting her license comes up to see us when she can. We love having her here and over this summer she has been here a few days at a time. My daughter loves having her here as much as I do and this past weekend they went frog hunting. This is something Goddess has been dying to do. We have a creek that runs in the middle of my back yard which was a great location for this hunt. 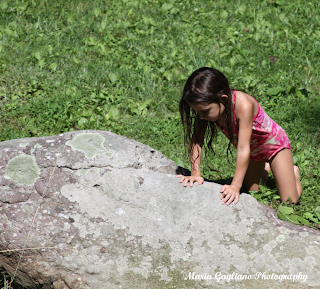 After much conversation, some screams, a whole lot of laughter and bug bites, my niece caught a frog. We brought it up to the deck and when they started talking about where should we put it, I remembered the tank. 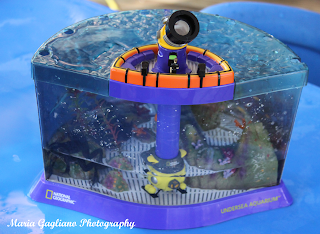 Finally, the tank had a use other than taking up space until the perfect time to use it. We put some water in it and added the frog. Before you know it, the tank was filled with three frogs. We held onto them for a few hours and than released them. The next day, they went out hunting again. They were catching them easier this time and there were no screams. 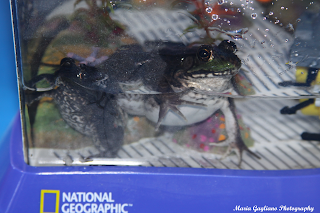 It has been fun watching the frogs in the tank and releasing them, one day I may let them keep one once we do more research on the best way to feed it and how to regulate the temperature of the tank but for now, the excitement of catching and releasing is good enough for us.

Not sure how these guys feel. It looks like one is trying to console the other. Hahaha..poor things. 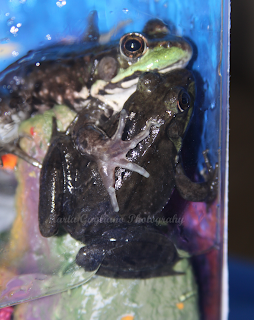 Email ThisBlogThis!Share to TwitterShare to FacebookShare to Pinterest
Labels: meme