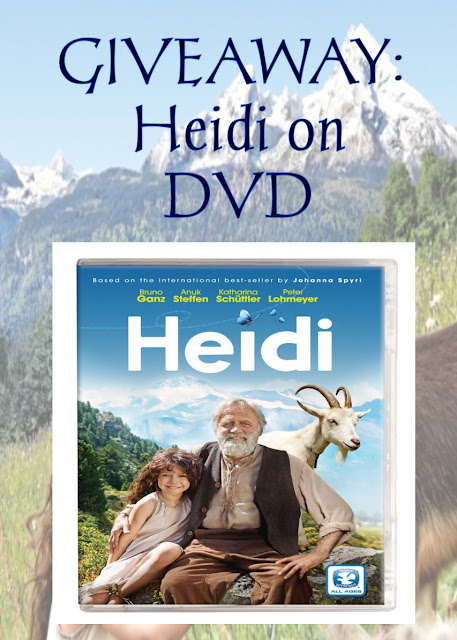 THIS APRIL, JOIN OMNIBUS ENTERTAINMENT FOR A LAVISH, AWARD-WINNING ADAPTATION OF A TIMELESS CLASSIC

An international box office smash, filmed on location in the Swiss Alps, this Dove Foundation “Family Approved” live-action feature
based on one of the best-selling children’s novels of all time, makes its U.S. debut on DVD and Digital April 4, 2017

With more than 50 million copies in print, Swiss author Johanna Spyri’s beloved 1880’s novel, “Heidi,” is one of the all-time classics of children’s literature, which has also spawned numerous adaptations – from a 1937 Shirley Temple vehicle and several Japanese anime series to a Hanna-Barbera feature.  This April, Omnibus Entertainment invites families everywhere to head for the hills with HEIDI, a new, lavishly produced adaptation starring Bruno Ganz and marking the big screen debut of Anuk Steffen as the titular Swiss mountain girl.

Orphan girl Heidi spends the happiest days of her childhood with her eccentric grandfather, Alpöhi (Ganz), cut off from the outside world in a simple cabin in the breathtaking Swiss mountains. Together with her friend Peter, she tends to grandfather’s goats and enjoys freedom in the mountains to the fullest.  But these carefree times come to an abrupt end when Heidi is whisked to Frankfurt by her Aunt Dete.  The idea is for her to stay with the wealthy Sesemann family and be a playmate for his wheelchair-bound daughter Klara, under the supervision of the strict nanny, Fräulein Rottenmeier.  Although the two girls soon become close friends and Klara’s grandmother awakes a passion for books in Heidi while teaching her to read and write, young Heidi’s longing for her beloved mountains and her grandfather grows ever stronger.

Spyri originally published “Heidi” as a two-volume novel – “Heidi: Her Years of Wandering and Learning” and “Heidi: How She Used What She Learned” – and, according to the original subtitle, was written “for children and those who love children.”  Aside from being translated from the original German into over 50 different languages, HEIDI has also become an enduring figure in children’s entertainment through many theater productions; television programs, including one by the BBC and one by Walt Disney; films, including a silent one; a musical play co-written by Neil Simon; a video piece with Paul McCartney and Mike Kelley, and a talking dog version with Angela Lansbury.  There is even a “Heidiland” in eastern Switzerland.

Called “handsomely crafted[1],” this most recent adaptation, an international box office smash that has played at top children’s film festivals across the U.S., also captured the award for “Best Children’s Film” at last year’s German Film Awards.  Omnibus Entertainment’s DVD features both the original German language version with English subtitles, as well as a dubbed version. 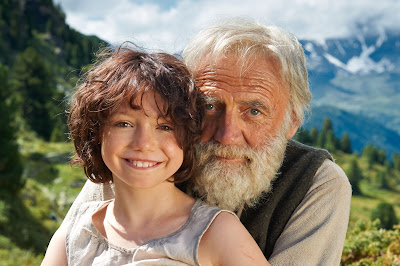 Heidi is the biggest Swiss best seller of all time. This Heidi has by far the cutest Heidi since 1937 when Shirley Temple played the adorable Heidi.  Played by cutie pie Anuk Steffen. She is sweet, innocent, fiesty and full of everything you need to feel sorry for this little orphan who is handed off to her grumpy, loner grandfather who lives in the alps.  When her aunt (under false pretenses) whisks her away to Frankfort to go to school Heidi misses her grandfather and sheep herder Peter.   While at school Heidi learns to read and befriends Klara a wheel chair bound young girl. She also must deal with a strict governess who has zero patience for Heidi!

Heidi will eventually return to her dear grandfather and Peter and everyone will live a happy ever after following some life lessons.

This was one of the darker versions of Heidi in way of filming and a ghost taken from the original works of Johanna Spyri’s and I loved it. It is the perfect family classic with some updates and very well done by set design and acting.  My kids have never seen Heidi and loved it.