Night At The Museum: The Secret Of The Tomb Blu-ray Combo #giveaway @fheinsiders #NightatheMuseum

Night At The Museum: The Secret of the Tomb comes to Blu-ray and DVD Tomorrow
March 10th 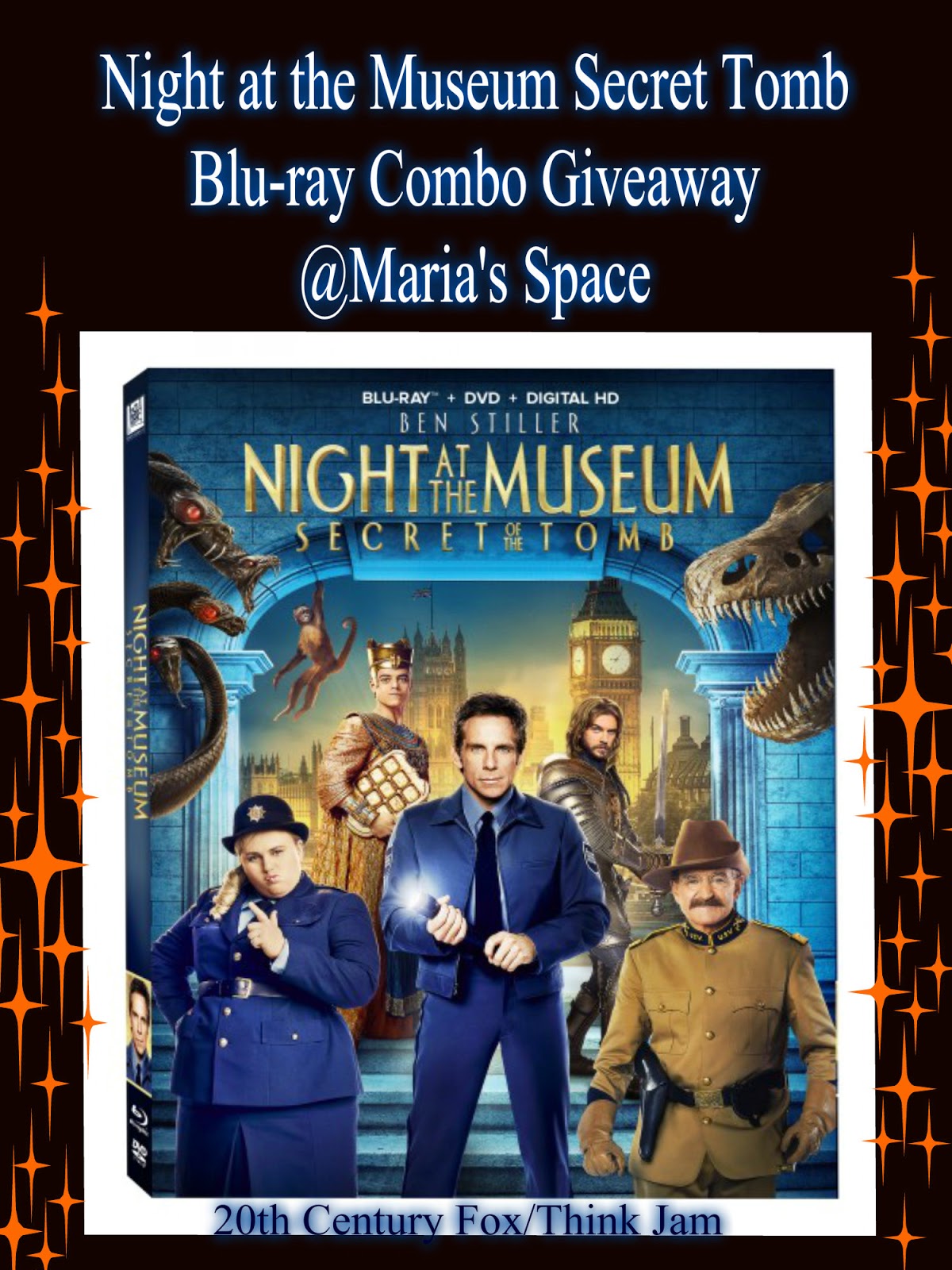 Every Blu-ray™ comes with a Bonus Digital HD movie – Your choice of Night at the Museum 1 or 2!
LOS ANGELES, Calif. (February 3, 2015) –Twentieth Century Fox Home Entertainment brings back to life your favorite museum heroes in NIGHT AT THE MUSEUM: SECRET OF THE TOMB available on Blu-ray™ and DVD March 10. Families around the globe have come out to see the hysterical third and final installment in the franchise, which has grossed more than a billion dollars. Now, parents and kids can not only enjoy the best ‘Night’ ever, but also get their hands on a bonus Digital HD movie: their choice of either Night at the Museum or Night at the Museum: Battle of the Smithsonian.

If it’s laughter you’re after, get ready for the most hilarious night ever! Ben Stiller leads an all-star comedy cast, including Robin Williams, Owen Wilson, Rebel Wilson and Ricky Gervais, for one final, fun-filled Night at the Museum. This time, Larry Daley (Stiller) and his heroic friends embark on their greatest adventure yet as they travel to London in order to save the magic that brings the museum exhibits to life!

The Blu-ray™ comes with tons of special features that will have the whole family laughing! You can check out how Stiller got into character for his alter ego Laaa, get a behind the scenes look at The British Museum and learn how the film’s iconic fight scene inside an M.C. Escher painting came to light. Best of all, every Blu-ray™ comes with a bonus Digital HD movie – not only do you get a Digital HD version of NIGHT AT THE MUSEUM: SECRET OF THE TOMB, but you also get a Bonus digital movie – your choice of one of the other movies in the franchise.\

We also have a blu-ray combo to giveaway thanks to Fox Home Insiders. While you wait for the movie to come out enter the giveaway and print out some fun activity sheets leading up to the release tomorrow. 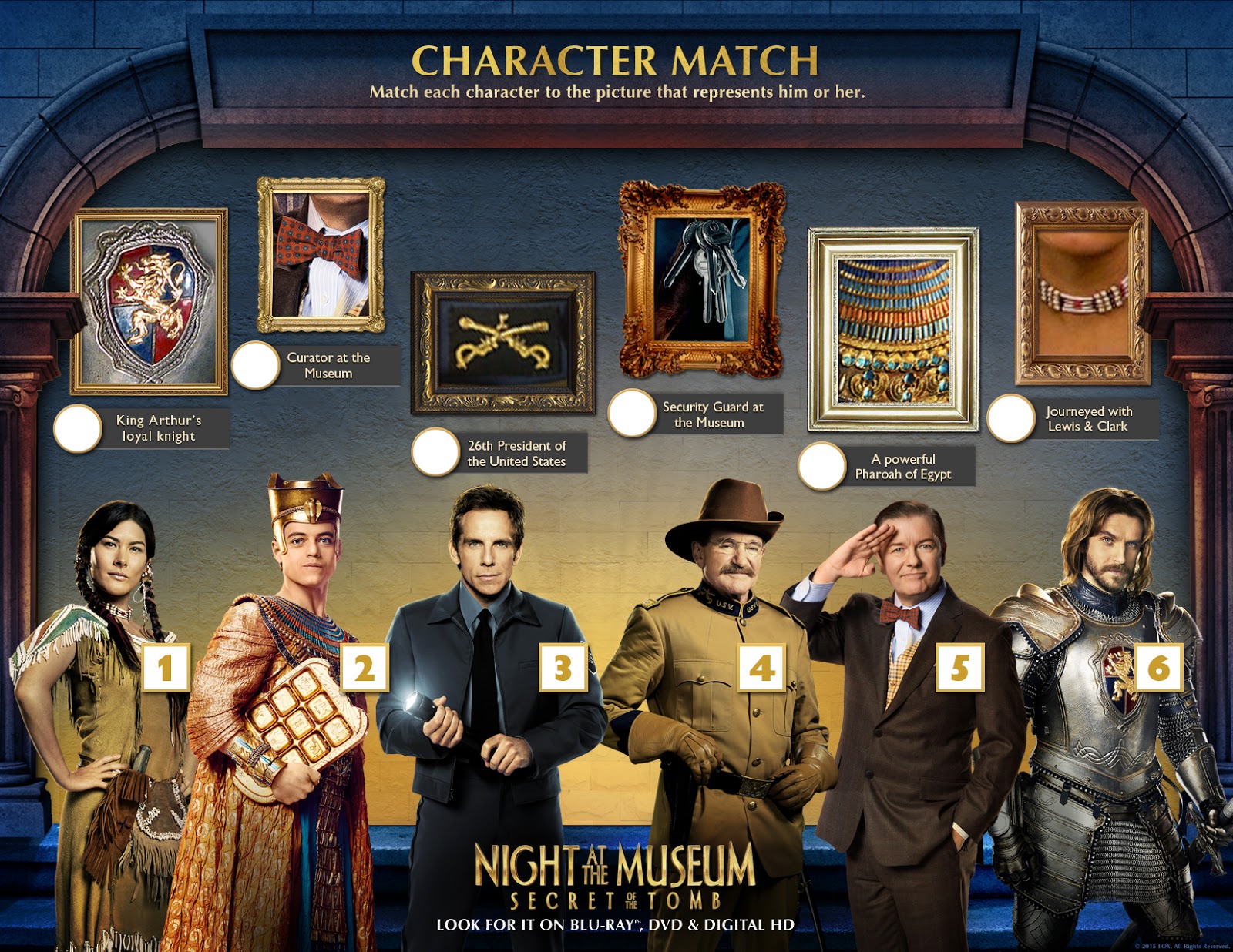 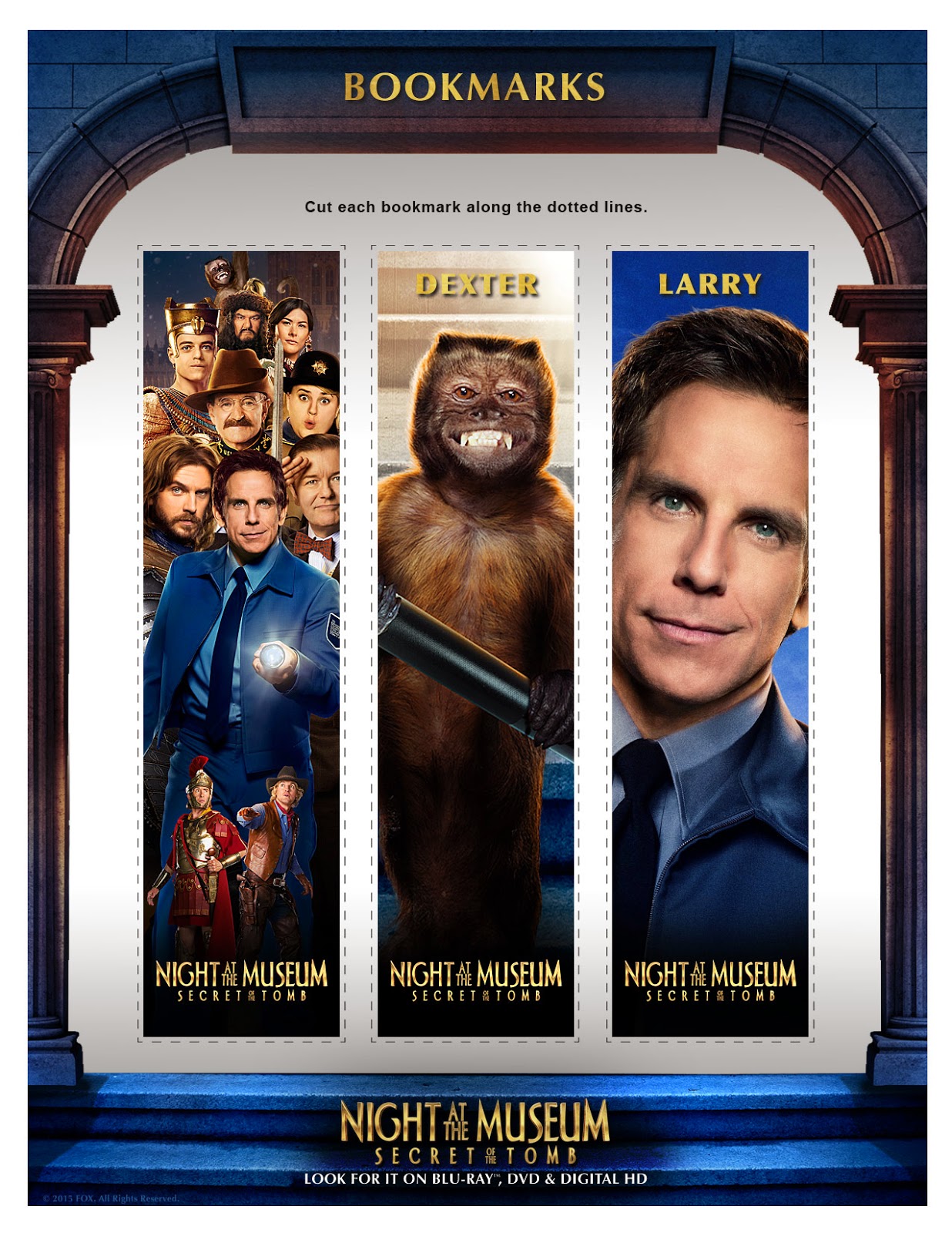 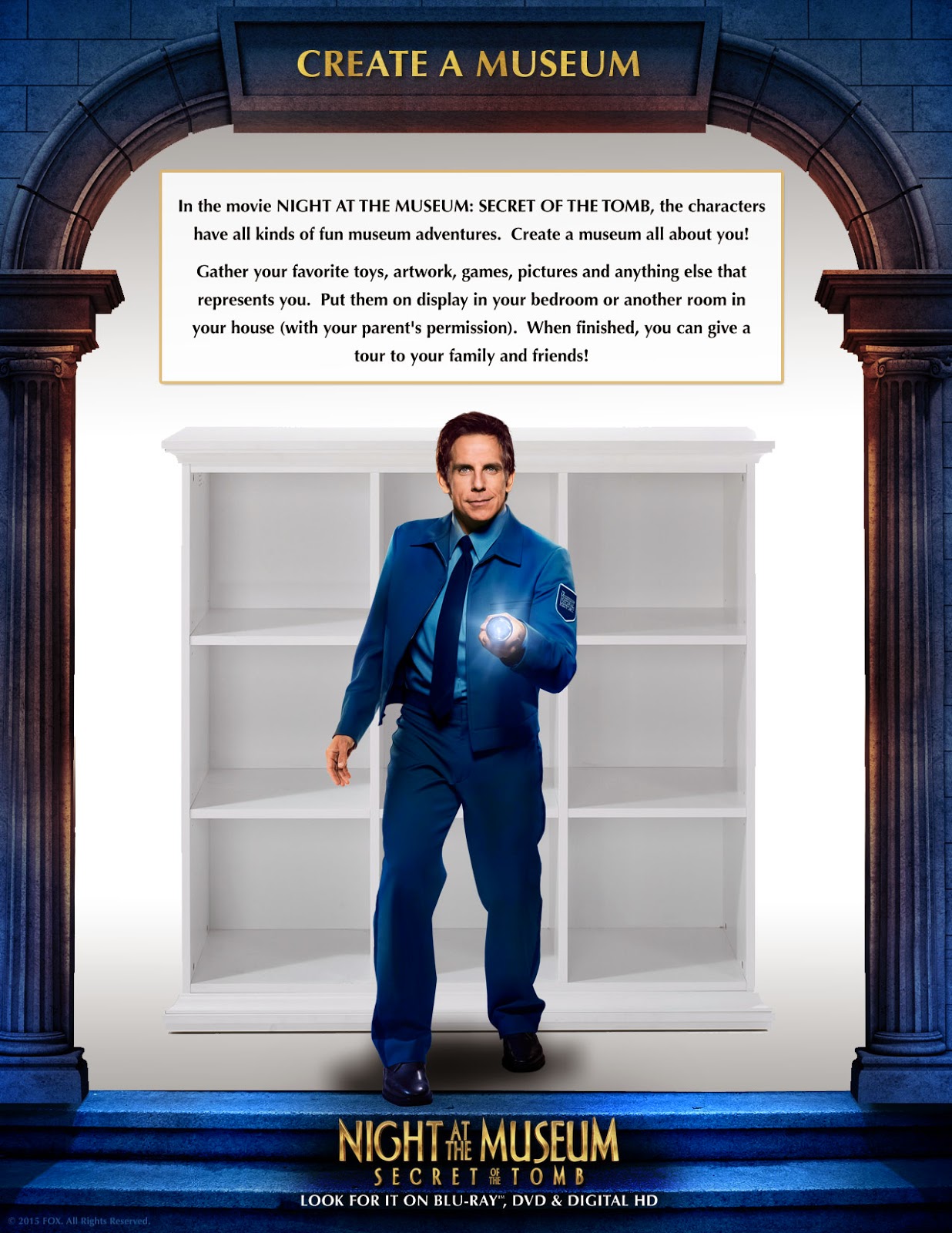 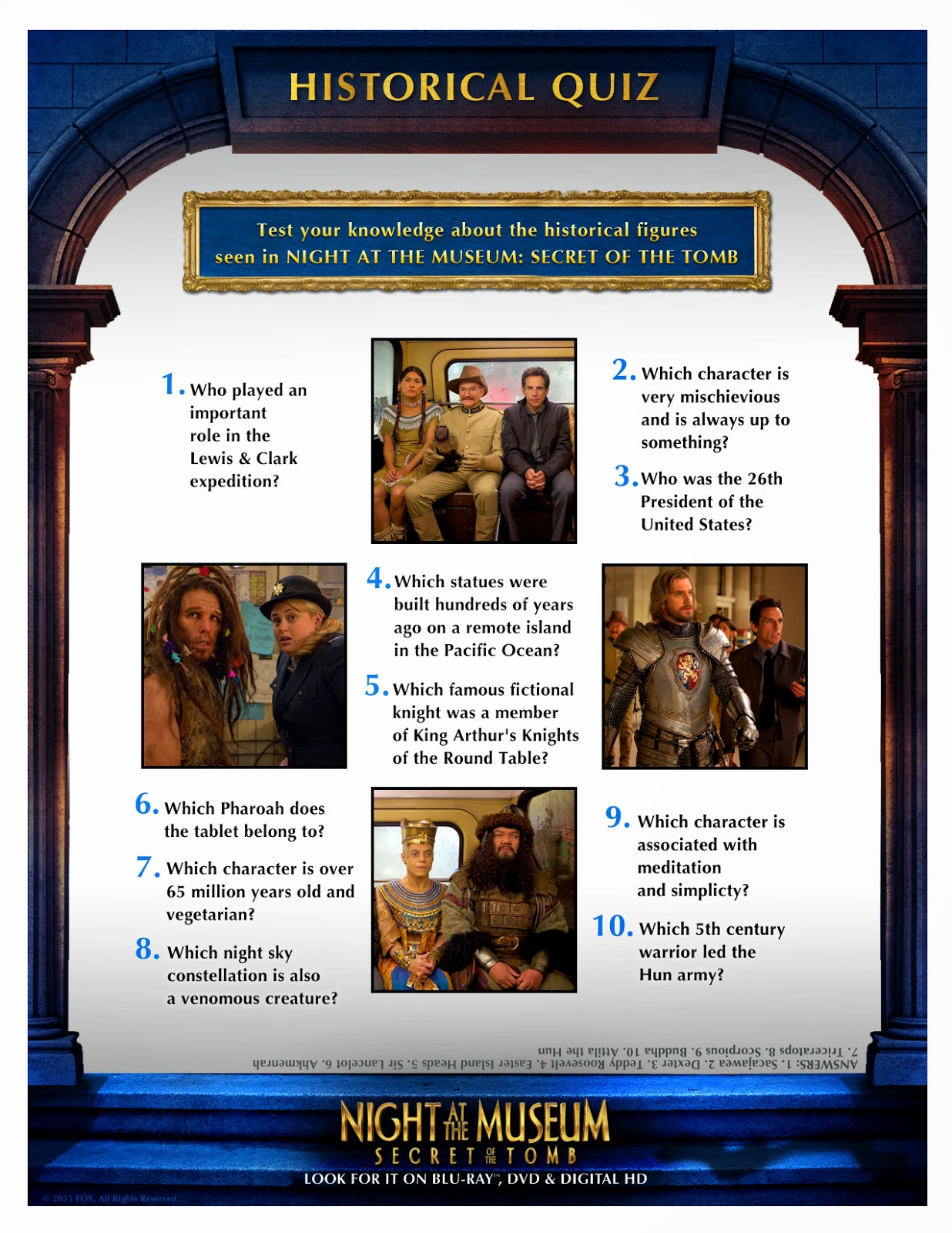 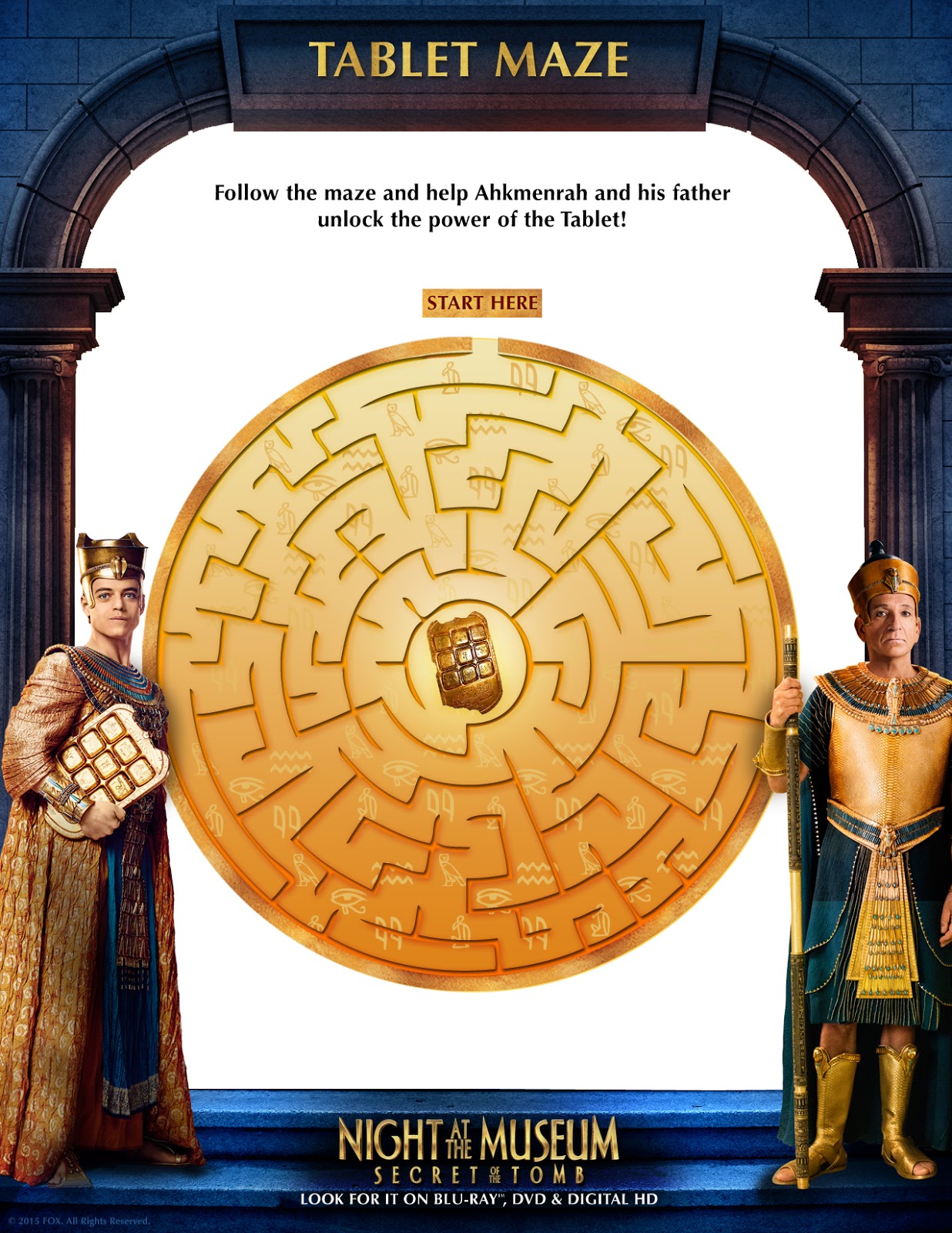 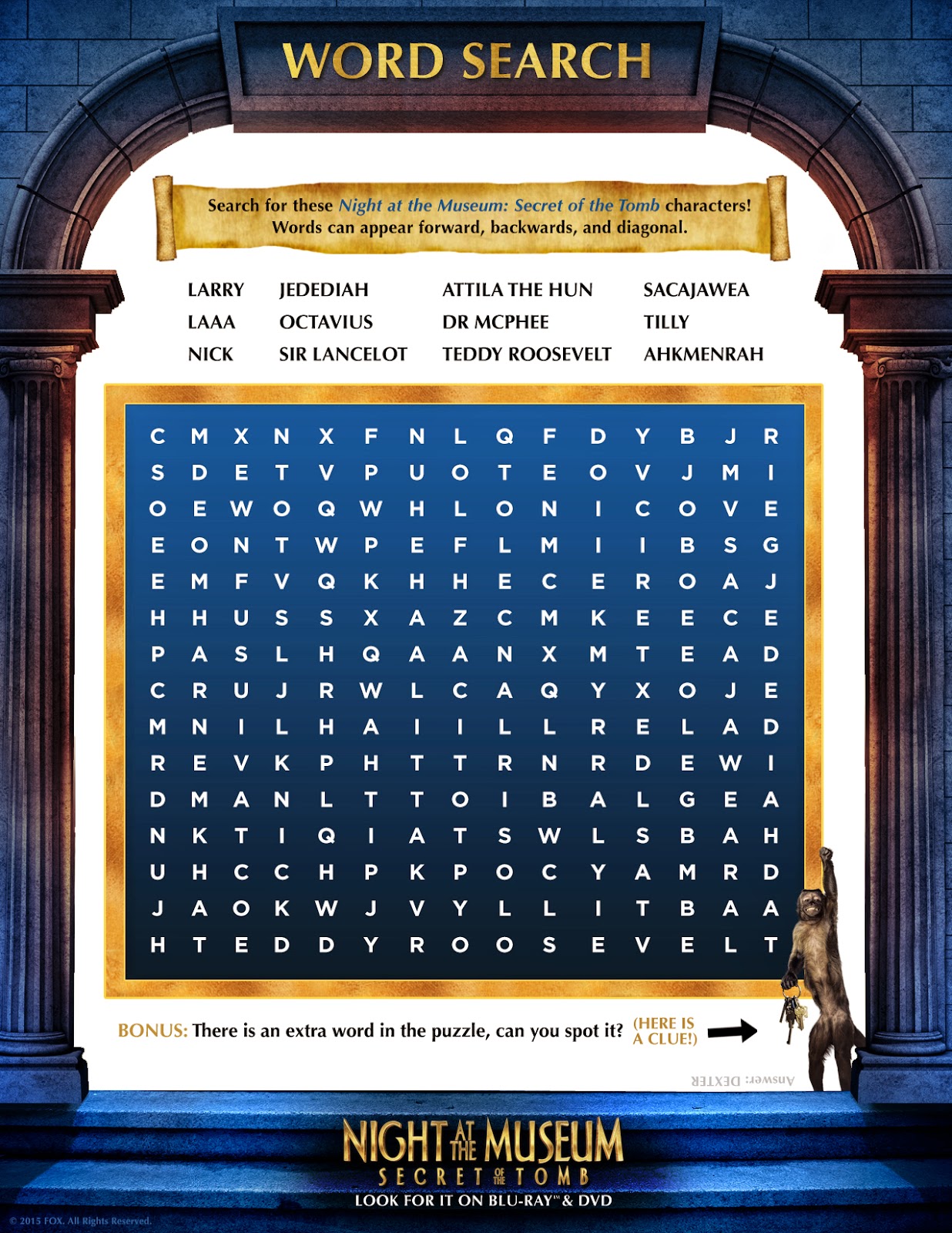 
Entry-Form
Disclaimer: I will receive a complimentary copy for my honest opinion as a Fox Home Entertainment Insider. No monetary compensation was offered or received.