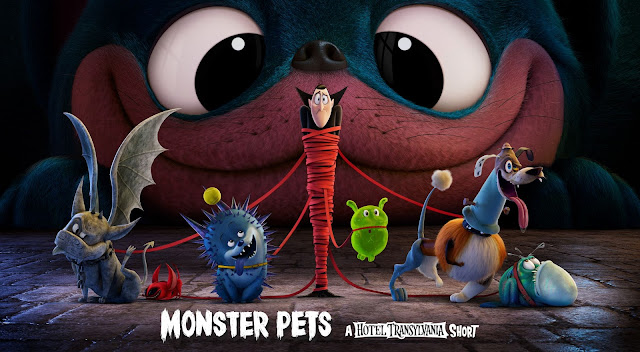 I am so excited!  My daughter and I love the Hotel Transylvania franchise

Here are some fun activity sheets while you wait! 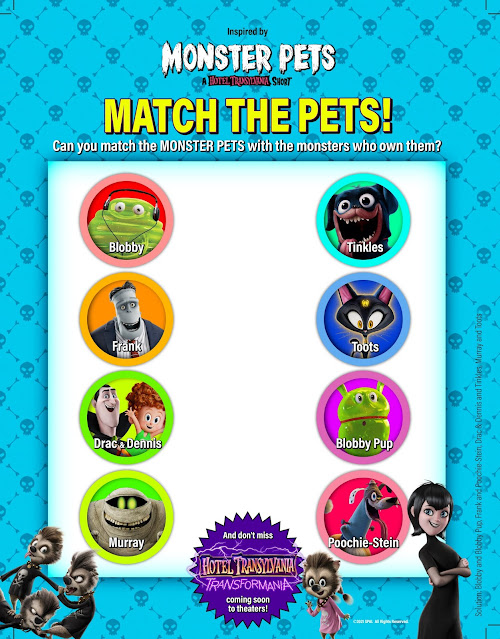 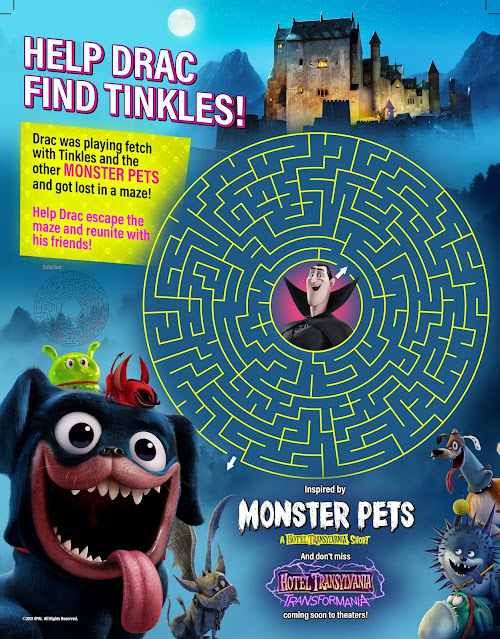 Get excited for the final chapter of the franchise, Hotel Transylvania: Transformania, coming to theaters July 23, 2021!

Culver, City, Calif. – April 9, 2021 – In Monster Pets, Drac’s lovable, monster-sized puppy, Tinkles, has more energy than ever and just wants to play ball! Unfortunately, Drac is too busy juggling his duties at the hotel, so he is determined to find a monster pet companion for his huge furry friend. After a series of mismatches, Drac’s plan goes awry when Tinkles chooses a very unlikely companion.

"What would it be like if the Drac Pack all owned pets? We couldn't be more excited to jump back into the world of Hotel Transylvania, and explore all the fun and lovable frustrations of pets through a monster lens,” said Monster Pets directors Jennifer Kluska and Derek Drymon. “What happens when your golden retriever is 5 stories tall? Or your chihuahua breathes fire? Being able to introduce an all-new group of characters in Monster Pets who are just as funny and weird as the Drac Pack was an absolute blast. We hope audiences enjoy the short, and look forward to seeing the monster pets make an appearance in the upcoming Hotel Transylvania: Transformania!”

"This short has been a labor of love from the teams at Sony Pictures Animation and Sony Pictures Imageworks, and we're pleased that we can bring heartfelt laughter to families around the world in this time,” added Christian Roedel, Monster Pets producer. “The Hotel Transylvania franchise is all about family, and it has been an honor to work alongside our newest members Jennifer and Derek, the amazing directing duo who will take the reins for this exciting new chapter."

And don’t miss the final chapter of the franchise, Hotel Transylvania: Transformania, coming to theatres July 23, 2021.

About the Hotel Transylvania Franchise

Sony Pictures Animation produces a variety of animated entertainment for audiences around the world. The visually groundbreaking and critically acclaimed "Spider-Man™: Into the Spider-Verse" is the studio’s latest release, and the winner of the 2019 Academy Award® for Best Animated Feature.

The division is also behind hit film series such as "The Smurfs," "Cloudy with a Chance of Meatballs," and "Hotel Transylvania." Next for Sony Pictures Animation are the original feature comedy "The Mitchells vs. The Machines" produced by Phil Lord and Christopher Miller, and the studio’s first-ever animated musical "Vivo," featuring original songs by Lin-Manuel Miranda.

Sony Pictures Animation, which was founded in 2002, is a division of the Sony Pictures Motion Pictures Group for Sony Pictures Entertainment, a subsidiary of the Tokyo-based Sony Group Corporation.