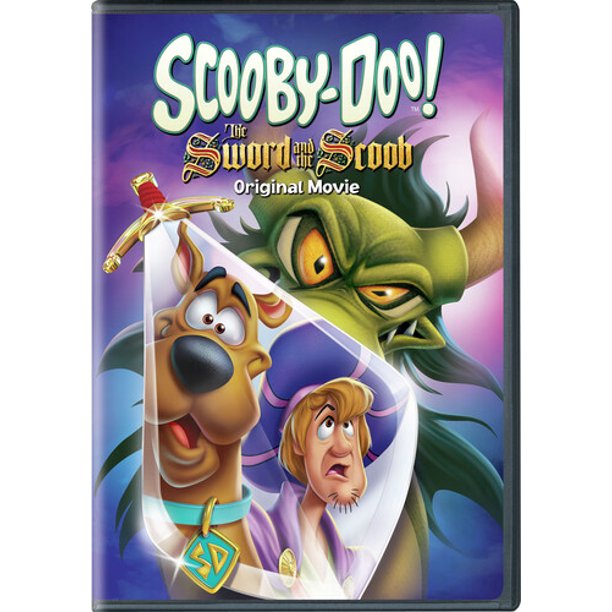 SCOOBY-DOO THE SWORD AND THE SCOOB

Take a journey back in time to King Arthur’s court in this legendary saga of wizards, knights, dragons…and Scooby-Doo! An evil sorceress tries to seize power in Camelot, so King Arthur needs the help of our favorite super sleuths to save his throne. But will their valiant efforts only make things royally worse? This new movie serves up laughter on a platter, and Scooby and Shaggy are ready to dig in!

Scooby-Doo! The Sword and the Scoob features the familiar voice talents of Frank Welker as Scooby-Doo/Fred Jones, Grey Griffin as Daphne Blake, Matthew Lillard as Shaggy Rogers and Kate Micucci as Velma Dinkley. The film also features Jason Isaacs as King Arthur Pendragon and Nick Frost as Merlin. Scooby-Doo! The Sword and the Scoob was executive produced by Sam Register and produced by Maxwell Atoms, Spike Brandt, Jim Krieg and Colin A.B.V. Lewis. The film was directed by Atoms, Christina Sotta and Mel Zwyer, and was written by Jeremy Adams.

Scooby-Doo The Sword and the Scoob will be available to own on Digital on February 23, 2021. Digital purchase allows consumers to instantly stream and download to watch anywhere and anytime on their favorite devices. Digital movies and TV shows are available from various digital retailers including Amazon Video, iTunes, Google Play, Vudu and others.