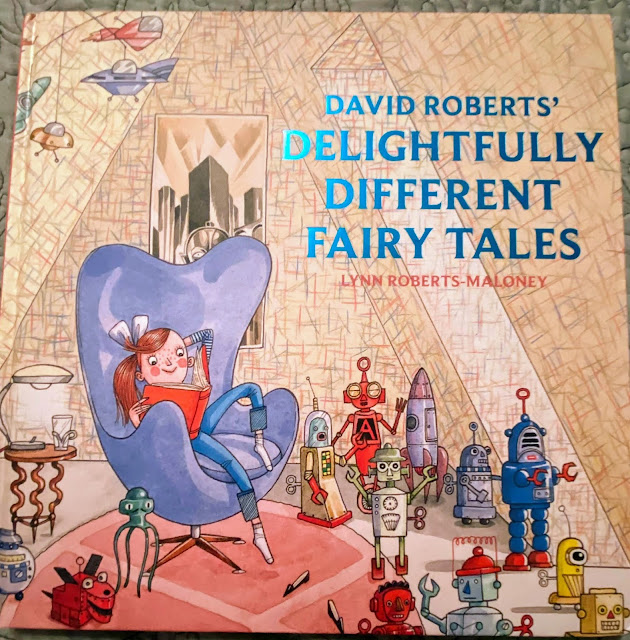 Star illustrator David Roberts joins forces with his author sister, Lynn, for the retelling of three classic tales: Cinderella, Sleeping Beauty, and Rapunzel. These stories have a feminist twist with leading ladies full of personality. David Roberts and Lynn Roberts-Maloney introduce Cinderella as a 1920s flapper girl who spends an evening in a beautiful art deco ballroom; Sleeping Beauty as a 1950s sci-fi nerd who pricks her finger on a record player and is woken by a resourceful young historian; and Rapunzel as a groovy 1970s chick who lives in a tower block! These are classic fairy tales for a modern audience.

I really loved everything about this book. I loved the different take on these beloved fairy tales which always left our princess in distress.

These versions are fun and exciting with clever twists and interesting artwork. 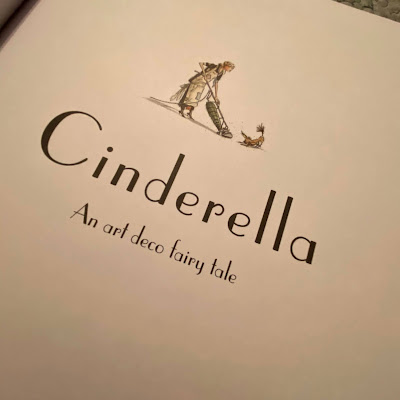 Cinderella is a young flapper named Greta whose father marries a heinous woman who has two daughters just like the classic but in this version Cinderella pulls up to the ball in a chauffer driven shiny white car.  She loses her shoe and the prince drives around looking for his princess. The illustrations really make up this amazing redo. I loved the art!!! 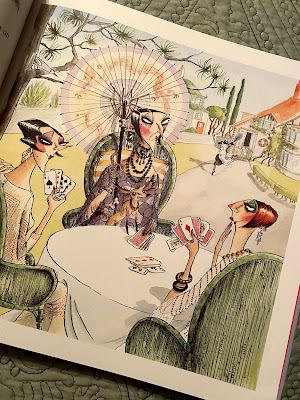 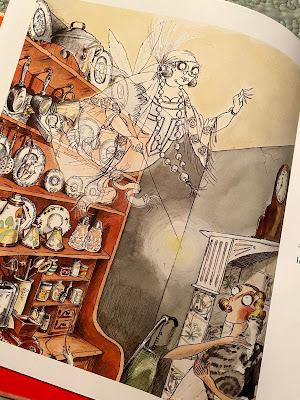 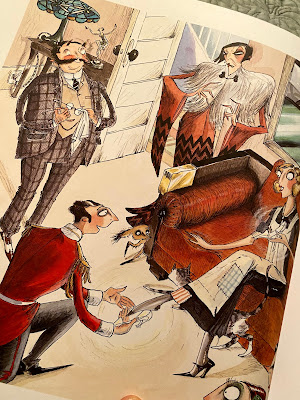 The story of Rapunzel done in a groovy 70s style has our heroine locked in a tower by her mean Aunt Edna who works as a lunch lady in the local school.  Her Aunt brings her records and magazines to keep her busy in the tower but one day but Rapunzel really just wants to see the city. 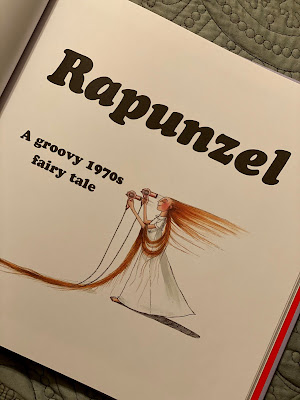 One day Roger a singer in the local school band pulls over near the tower after his bike breaks down and notices the long red hair and Aunt Edna climbing up the tower.  He just has to meet her and figures out that if he imitates Edna's voice Rapunzel will pull him up. He does. She does and they spend days listening to music and Roger sings to her. 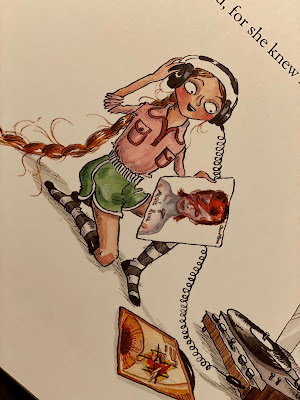 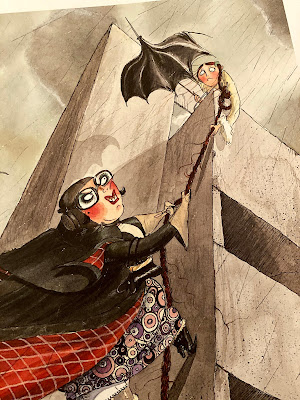 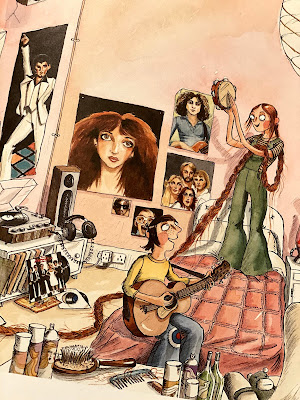 Rapunzel not being worldly accidently lets her secret slip and Aunt Edna finds out about her "friend". She cuts off Rapunzel's braid and waits for Roger. When he calls, Aunt Edna throws down the hair, pulls him up and lets him go. He tumbles down and bumps his head. He remembers nothing about her until she finds him singing on stage and he recognizes her face. She now spends her time with her friend Roger and makes red haired wigs.

How stinking cute is this story? 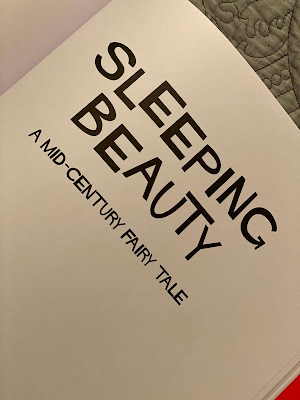 Sleeping Beauty's name is Annabel and while the story is the same premise this story of her "Godmothers" love and protection was my favorite of the bunch. Like the original Annabel is cursed if she pricks her finger. She does and it is on a record player that the "evil curser" leaves for her. Her Godmother Roselind is so distraught about how to protect sleeping Annabel for 1000 years until they come up with an idea. 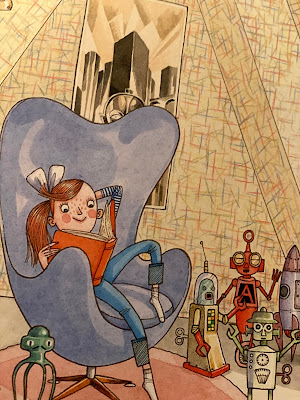 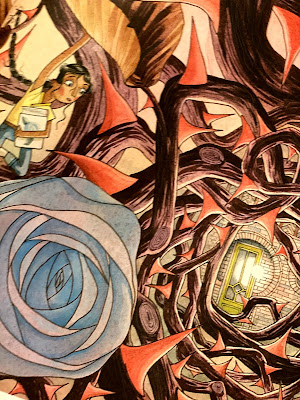 Roselind becomes a thorny rose tree and Flora writes down the story so it won't be forgotten over the years then turns into a light. While the city changes around sleeping Annabel the rose tree and the light until one day a young girl finds a book in the library called Sleeping Beauty. She finds her way through the thorns and when lost focuses on the light until she finds Annabel.  At midnight she wakes her, informs her that she is 1016 and together walk into a new day.

Really fun stories! I read them out loud to my 15 year old and cannot wait to take them to school to read to my students.