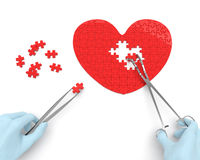 Have you recently been diagnosed with heart disease? Perhaps someone you know and love has suffered from one of the various related heart or vascular illnesses which were originally misdiagnosed. If so, there are some startling facts and figures you might want to be aware of. Before looking at a few key facts, let’s take a quick look at some rather telling research conducted by the University of Leeds. Their findings indicate that many deaths could have been prevented had they been properly diagnosed from the beginning.
Misdiagnosis More Common in Women
According to the study from this well-respected charity at the University of Leeds, more women than men suffered needless deaths from heart disease due to misdiagnoses. The study published by the University in September 2019, and referenced by the British Heart Foundation, states that just slightly less than one-third of all patients are initially misdiagnosed. With hundreds of deaths per day in the UK, many might have been prevented had they been originally given a proper diagnosis from the onset. Also, there is what is called a “gender gap” in misdiagnosis, with women being more commonly misdiagnosed than men, again according to the study.
A Few Key Facts on Heart Disease in England and Wales
Statistically, almost one-quarter of all deaths in England and Wales are attributed to heart disease. With as many as 170,000 people in the UK dying each year from heart disease, it is horrific even to consider the number of women who were initially misdiagnosed. In total, more than 100,000 people are admitted to hospital each year. There are said to be 7.4 million people suffering from heart disease (3.9 million men and 3.4 million women), and there are almost 1.4 million people alive today who have already suffered at least one heart attack.
What You Can Do If Misdiagnosed
If you have suffered serious consequences due to a misdiagnosis, you are not alone. Furthermore, if a loved one suffered complications or death due to a misdiagnosis, you should know that you are within your rights to file for compensation under UK law if you suffered financial hardship and loss as a result of that misdiagnosis. Since misdiagnosis happens so frequently, there are special medical negligence solicitors who can ensure you get the compensation you deserve. Misdiagnosis, once proven, is one of the leading reasons for medical negligence claims in the UK.
In summary, there are more than 170,000 people dying from heart disease and related vascular diseases each and every year in the UK. More than one-quarter of those have probably been misdiagnosed. Those, sadly, are the facts. Imagine more than 7.4 million people currently being treated for heart disease in the UK and you can see that there are probably several million walking around who aren’t aware they’re a sufferer due to initial misdiagnosis. With this knowledge in hand, maybe it’s time to revisit an initial diagnosis if you are concerned about, or have a family history of, heart disease, and to further seek compensation if you or a loved one are the victim of medical negligence.