Each household is only eligible to win #LittleGlowUp Challenge Prize Pack via blog reviews and giveaways. Only one entrant per mailing address per giveaway. If you have won the same prize on another blog, you will not be eligible to win it again. Winner is subject to eligibility verification 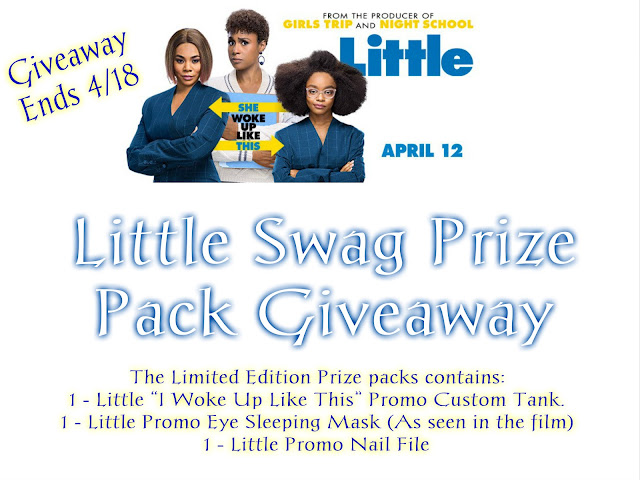 Jordan is a take-no-prisoners mogul who torments her long-suffering assistant and employees on a daily basis. She soon faces an unexpected threat to her personal life and career when she magically transforms into a 13-year-old version of herself.


Marsai Martin (TV's Black-ish) stars in and executive produces Universal Pictures' LITTLE, a comedy from producer Will Packer (Girls Trip, Ride Along and Think Like a Man series) based on an idea the young actress pitched. Directed by Tina Gordon (Peeples), the film tells the story of a woman who-when the pressures of adulthood become too much to bear-gets the chance to relive the carefree life of her younger self.

I cannot wait to see Little in theaters on April 12th! I love these kind of movies.

Here is my Little Glow Up.

Me at 17 and 52 🤩 I wish I could say I glowed up ❤️but looking at my side by side makes me feel old. 😣#LittleGlowUp #sidebyside #selfie I cannot wait to see the movie Little coming out April 12
A post shared by Maria (@mariasspaceblog) on Apr 8, 2019 at 12:24pm PDT


I am fortunate enough to have an extra Swag Prize Pack for the movie Little for one of my lucky winners. 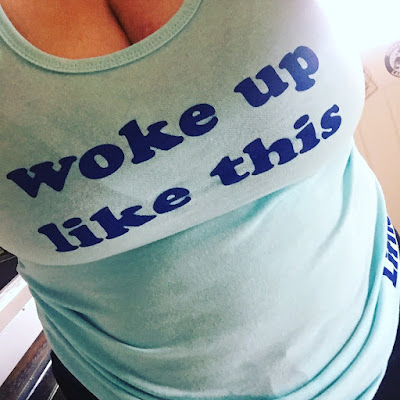 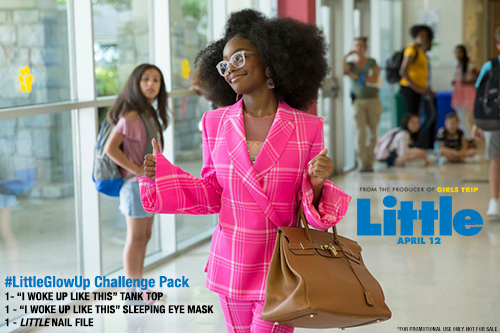 BTW...on an odd note I slapped my write with the nail file thinking it was a slap bracelet so uhhhh don't do that! I did it so you don't have to. 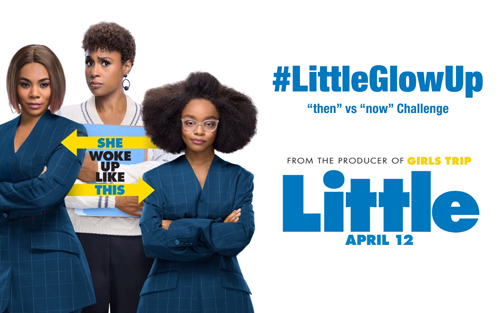 For 25 entries in the giveaway. Share your Glow Up post on any or all of your social media. See the entry form for more details.


Did you post a Glow up? Leave me a link in the comments so I can check it out.