“A timeless classic that brings out the kid in all of us.”
-Carol Jones, AllMommyWants.com

Experience the Magic of Disney’s Beloved Flight of Fantasy:
“Peter Pan” Soars Into the Walt Disney Signature Collection
on Digital May 29 and on Blu-ray™ June 5

Celebrate the 65th anniversary of the timeless classic and enjoy new and original bonus features! 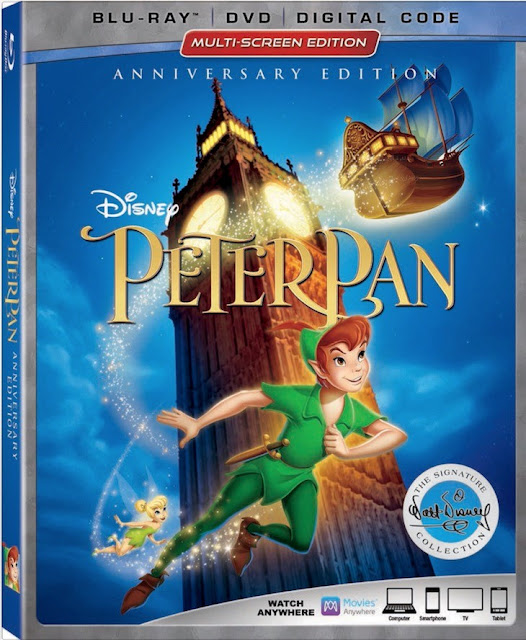 BURBANK, Calif. — In celebration of its 65th anniversary, Disney’s beloved flight of fantasy, “Peter Pan,” joins the highly celebrated Walt Disney Signature Collection, landing in homes on Digital and Movies Anywhere on May 29 and on Blu-ray June 5. With a little faith, trust and pixie dust, every member of the family will let their imagination soar on this epic adventure to Never Land, sparkling with legendary animation, extraordinary music and both all-new and classic bonus features.

My kids had never seen Peter Pan until last year when our local school put on a production. They loved it and I was able to tell them how the play was different than the movie. They were so eager to watch. They loved it and my daughter has watched it two times since we watched it over Memorial Day.

My kids are like Peter Pan and know that growing up isn't all it is cracked up to be. They totally related to how Peter didn't want to grow up and believes that kids are better off without parents but understood Wendy too who couldn't wait to go home because everyone needs their mother and she was too young to mother anyone.

I waited to see if they would pick up on their own any of the 21st Century problems people are finding with the film. The only thing she mentioned was that there was a line in the movie that said "girl's talk too much." Other than that, the see it as an entertaining film about the Darling children, Peter Pan, Tinkerbell, Captain Hook, The Lost Boys and Tiger Lily and that is what I saw when I was a kid too. Let's not take everything so personal. It doesn't have to be political, prejudiced or what have you.  Let's not forget this movie was made 65 years ago. It was a different time and a winner for Disney.

HERE ARE A WHOLE LOT OF FUN ACTIVITY SHEETS LIKE THE ONES BELOW: 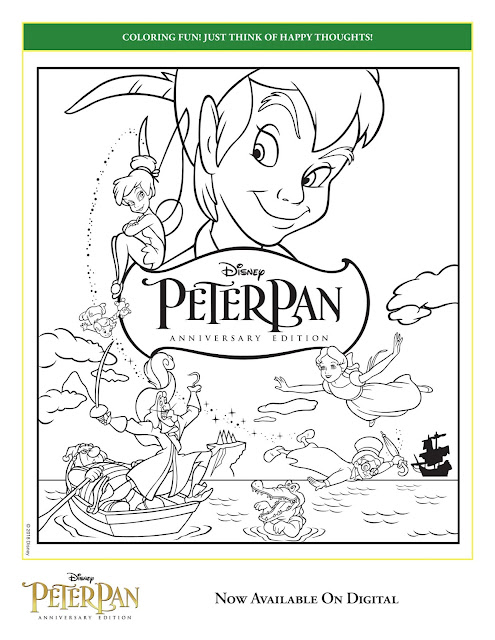 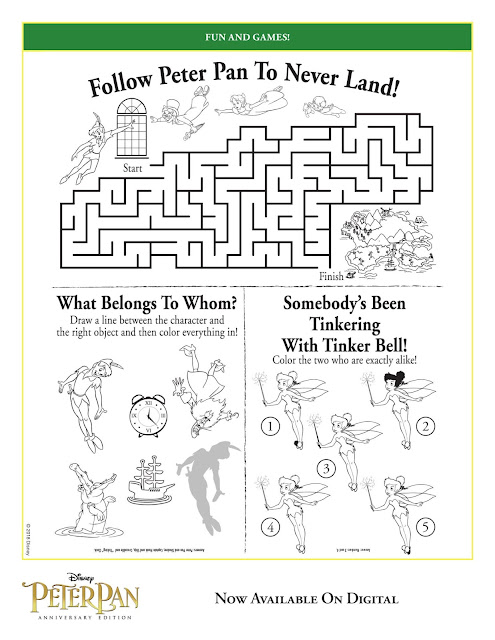 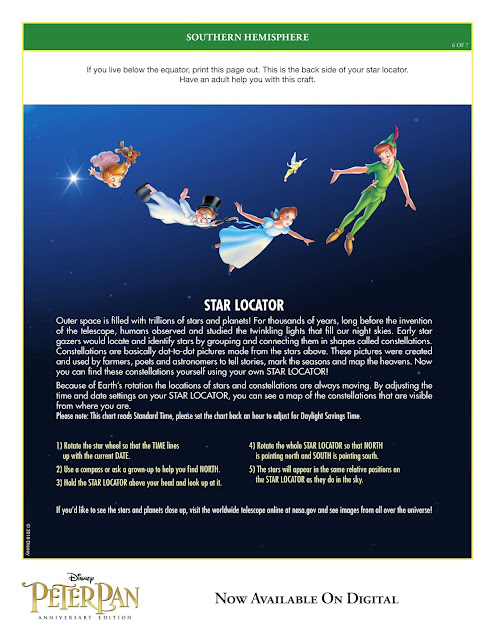