Mark Your Calendar: A Mermaid’s Tale on DVD May 16th 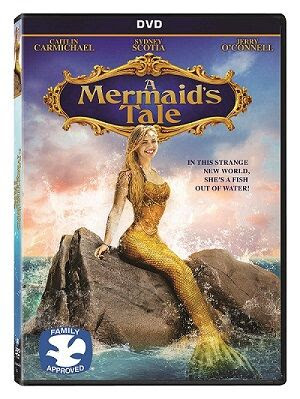 A mythical story about friendship and discovery, A Mermaid’s Tale swims home on DVD and Digital HD on May 16 from Lionsgate. Awarded the Dove® seal of approval, this “enchanting modern fairy tale” (The Dove Foundation) stars Jerry O’Connell, Caitlin Carmichael, and Barry Bostwick. When a young girl is forced to move with her father to a small seaside town, she struggles to fit in and make new friends. One day she discovers a secluded cove where she befriends a mysterious mermaid, and together they uncover a secret that could help save the town. A Mermaid’s Tale will be available on DVD for the suggested retail price of $19.98


When a twelve-year-old girl befriends a quirky teenage mermaid who’s anything but mythical, their friendship could heal an age-old feud between humans and sea people. Jerry O’Connell (Jerry Maguire) and Barry Bostwick (TV’S “Spin City”) bring to life this family-friendly saga of a young girl’s playful friendship with a teenage mermaid.