Have you heard about Disney Channel's new series Elena of Avalor about a teenager who reluctantly rules over the land of Avalor as a crown princess until she is old enough to be Queen. 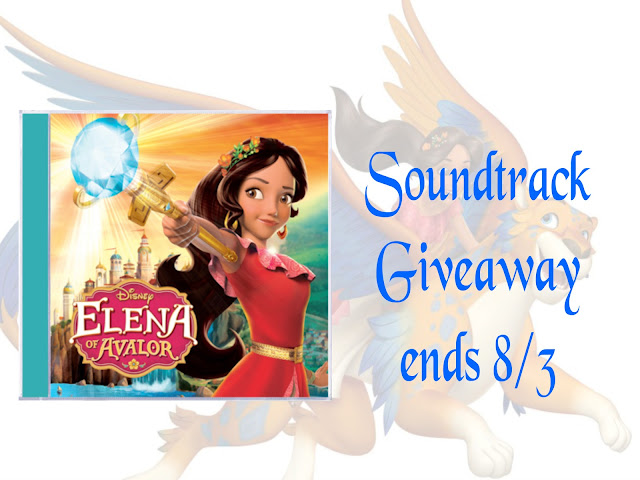 Elena of Avalor premieres this Friday, July 22 (7:00-8:00 p.m.) and I am thrilled to offer my readers a soundtrack giveaway.  The EP features 7 songs.

I love the CD soundtrack it has a party vibe and the songs are upbeat and have a tango feel to me. They make you want to dance.

Our favorites were Elena, Festival of Love and Sister Time (sister, sister, sister time!). There are only 7 songs on the CD which would be shocking for a Disney soundtrack. Wonder if there will be more or perhaps these are just the original songs. Whatever the case maybe, I love soundtracks that I can play in my truck that are kid friendly.


We can't wait to watch it!