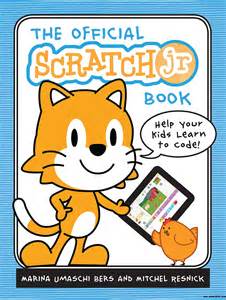 It may seem hard to believe but even 5-year-olds can learn to program—even before they learn to read and write—and many want to. Fortunately, No Starch Press, publisher of the best-selling introductory programming books for kids, has teamed up with the creators of ScratchJr to release a new book designed to make that promise a reality—The Official ScratchJr Book

Scratch, the older sibling of ScratchJr, is the de facto standard for introducing kids to programming, with more than 8 million users registered on their website. Designed by the Lifelong Kindergarten Group at the MIT Media Lab, Scratch is a block-based programming language—kids connect blocks of code to program interactive stories, games, and animations. The process is fun and makes programming immediately accessible to any beginner.

But Scratch wasn’t designed for the youngest of kids, and that’s where ScratchJr comes in. The result of a partnership between MIT and Tufts University, ScratchJr is a simplified version of Scratch aimed at introducing computer science concepts to pre-readers. Released in July of last year, ScratchJr is available as a free mobile app for any Apple or Android tablet and already has 1 million users.

The Official ScratchJr Book extends the ScratchJr app with hands-on coding activities and patient step-by-step instructions that make it easy for anyone (even those with no programming experience) to teach young brainiacs to program. Each activity in the book includes core math and literacy concepts, tips for grown-ups, and suggestions for creative challenges to take the learning further.

According to ScratchJr co-creator Marina Umaschi Bers (director of the DevTech Research Group at Tufts University), “Children aren’t just learning to code with The Official ScratchJr Book; they are coding to learn." Co-creator Mitchel Resnick (head of the Lifelong Kindergarten Group at MIT) adds, “The projects you can make with ScratchJr are limited only by imagination. If a child can dream it, she can program it.”

The 411:
I cannot wait to try this book. Unfortunately I am unable to test it just yet as I don't have a way to use this app.

The idea coding for kids is nothing new, we have had a coding class at my kids middle school for two years now but what is different about this is how easy it is for kids as young as 5 to create stories, games and animations like a pro with easy to follow instructions. 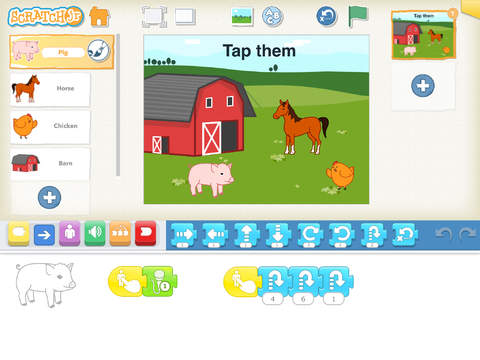 The Official Scratch Jr Book is colorful and has easy to follow instructions that kids and even teens will love. 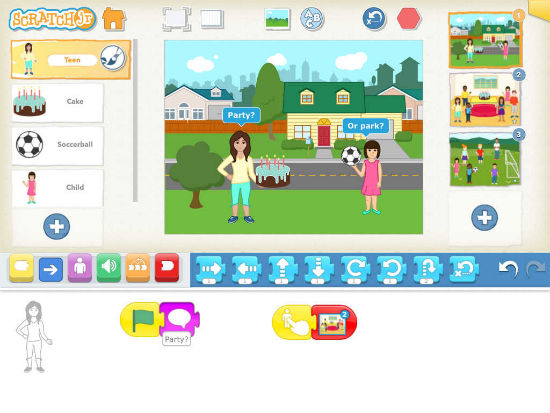 AUTHORS:
Marina Umaschi Bers is a professor in the Eliot-Pearson Department of Child Study and Human Development and an adjunct professor in the Computer Science Department at Tufts University. Bers heads the Developmental Technologies Research Group where she studies innovative ways to promote positive childhood development through new learning technologies. She is also the creator of KIBO, a robotics platform for children ages 4-7, which allows young builders to learn programming and engineering skills without screens.
Mitchel Resnick is the creator of Scratch, the wildly popular programming language used in thousands of schools and homes worldwide, with nearly 4 million users. Resnick directs the Lifelong Kindergarten group at the MIT Media Lab and was awarded the McGraw Prize in Education in 2011 for his creative learning technologies.