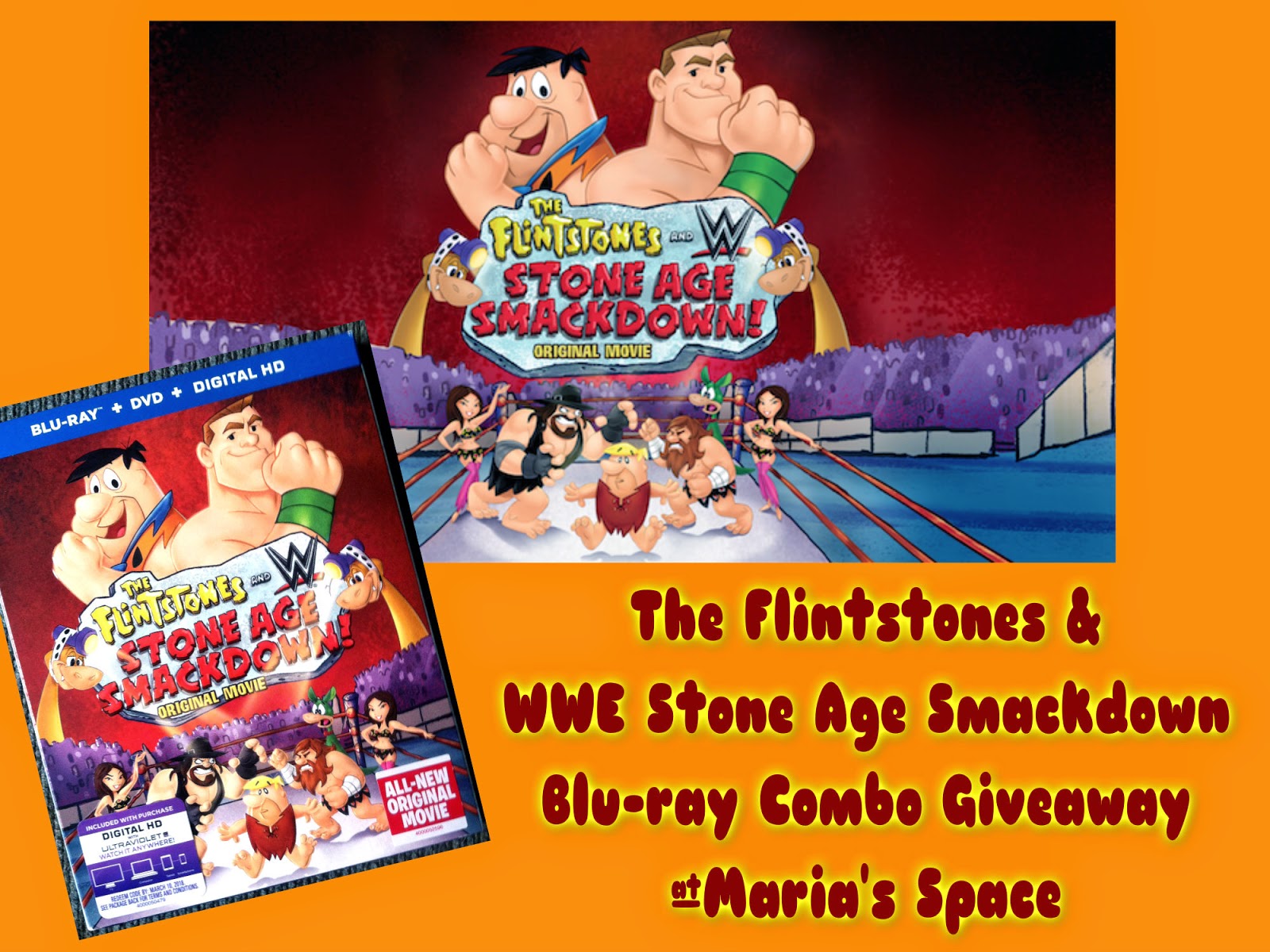 When Fred loses his family's vacation money, he hatches one of his hair brained plans to get it back. It's a sports entertainment spectacle that involves throwing his best bud, Barney into the wrestling ring with the likes of John Cenastone (John Cena), Rey Mysteriopal (Rey Mysterio) and even The Undertaker, with Fred himself as event promoter! The crowds roar, the "clams" are pouring in from ticket sales and even Mr. McMagma (Vince McMahon) is taking notice of all the hoopla. Including all-star appearances from The Boulder Twins (Brie and Nikki Bella) Marble Henry (Mark Henry) and Daniel Bry-Rock (Daniel Bryan), it's time to get the whole family together for hard-hitting, side-splitting laughs from the most epic event in all of prehistory!

Yaba Daba Doo!  As a kid my sisters and I loved the Flintstones! We would hear the theme song start with the first notes and the whistle signaling the end of Fred's day at the Quarry and we would run to the TV vying for the best spot which was dead center, back against the couch, sitting on the floor, nothing in your way. It was always a fight but eventually the show started and we sat, watched and laughed through Fred, Barney, Dino and Bam Bam, our favorite characters.

Last night my kids and I watched The Flintstones & WWE Stone Age Smackdown together. They are familiar with them and were excited to see them.

In this original movie, Fred wants to take his family on a wonderful vacation and has another scheme to make money. He has a ton of them as you know if you are a fan. This time he enlists the help of his sidekick Barney after watching him kick some major butt when a wrestler upsets his pet.

With the help of some wrestling buds Fred and Barney work their magic in the ring with a great "show" that brings in a ton of clams. So this is how Vince McMahon started his Wrestling franchise. I always wondered where the idea came from. Good ole Fred and the people of Bedrock!

My kids are not wresting fans yet although I have been since the age of 18. My son would so be into it if I let him watch that's another post. We loved it! I personally loved the color, the scenes of the house, the car and people I am familiar with and love for many years of my life. I definitely was feeling nostalgic and posted it on Facebook.  Look at that color. 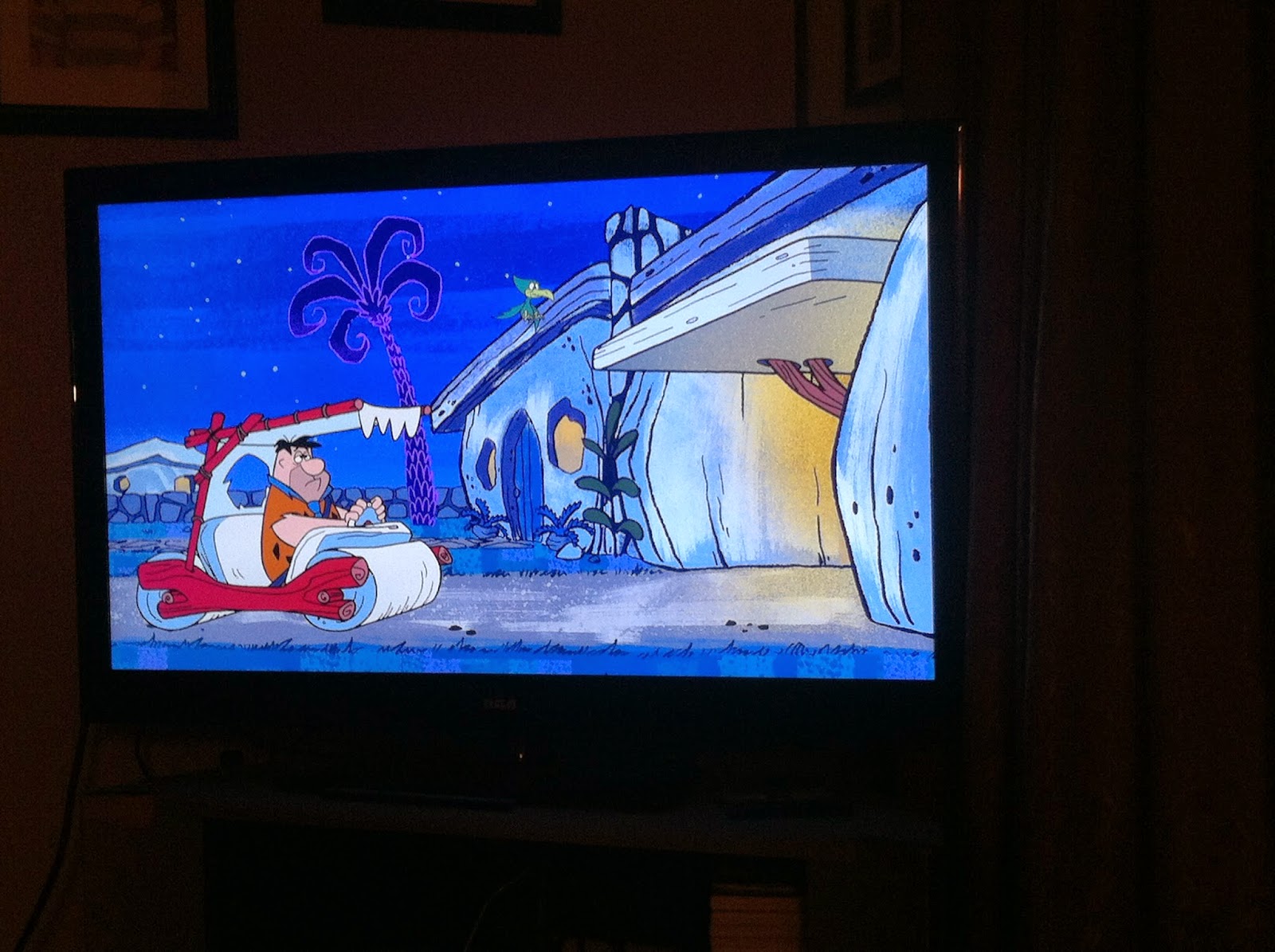 It was a great movie and felt very current with the addition of names the Wrestling world knows very well.

For your chance to win, enter the giveaway below.


While you wait to watch the movie, print out these paper characters for some family fun.

Entry-Form
Disclaimer: No monetary compensation was offered or received. Each household is only eligible to win The Flintstones & WWE Stone Age Smackdown Blu-Ray via blog reviews and giveaways. Only one entrant per mailing address per giveaway. If you have won the same prize on another blog, you will not be eligible to win it again. Winner is subject to eligibility verification