Dumb and Dumber To On Blu-ray and DVD Next Month

THE WAIT IS FINALLY OVER!
JIM CARREY AND JEFF DANIELS RETURN AS EVERYONE’S FAVORITE DUMBEST DUO DIRECTED BY PETER AND BOBBY FARRELLY

Dumb and Dumber To 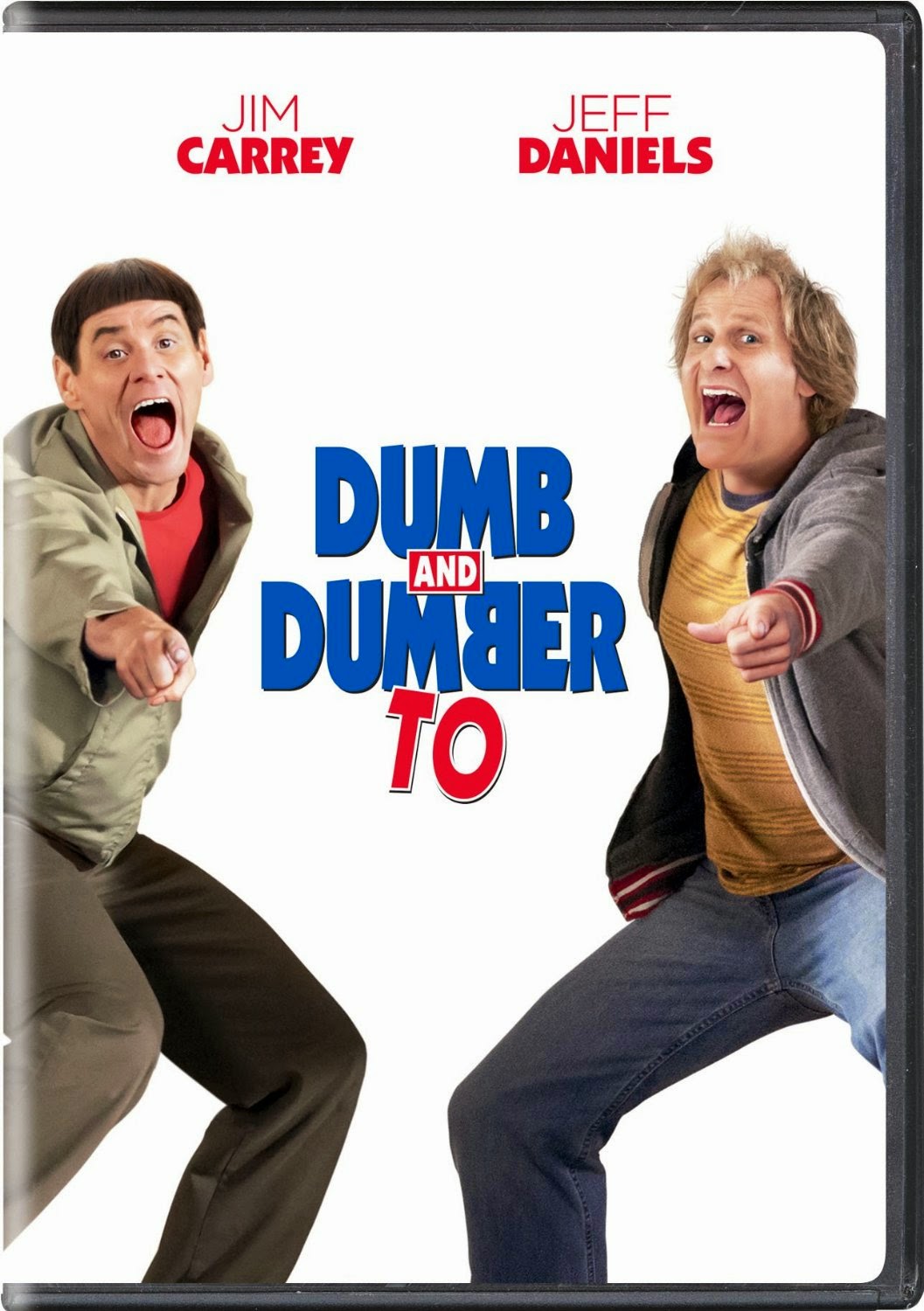 INCLUDING AN ALTERNATE OPENING, DELETED AND EXTENDED SCENES
AVAILABLE EXCLUSIVELY ON DIGITAL HD ON

Universal City, California, January 7, 2014 –Two decades after Jim Carrey and Jeff Daniels’ endearingly dense pairing spun slapstick comedy into box office gold in Dumb and Dumber, the long-awaited sequel, Dumb and Dumber To, arrives on Digital HD on February 3, 2015 and on DVD and Blu-ray™ Combo Pack and On Demand on February 17, 2015 from Universal Pictures Home Entertainment. Directed by Peter and Bobby Farrelly (Dumb and Dumber; There’s Something about Mary; Me, Myself and Irene) the Dumb and Dumber To  Blu-ray™ Combo Pack offers hilarious extra belly laughs including an alternate opening, deleted and extended scenes, and a multi-part feature that takes viewers behind the scenes of the no-holds-barred comedy.

Jim Carrey and Jeff Daniels reprise their signature roles as Lloyd and Harry in the sequel to the smash hit that took the physical comedy and kicked it in the nuts: Dumb and Dumber To. The original film’s directors, Peter and Bobby Farrelly, take Lloyd and Harry on a road trip to find a child Harry never knew he had and the responsibility neither should ever, ever be given. Along for the ride are co-stars Kathleen Turner, Laurie Holden, and Rob Riggle.